Home » Art » Ribbons and the Dream of Digital Envelopment 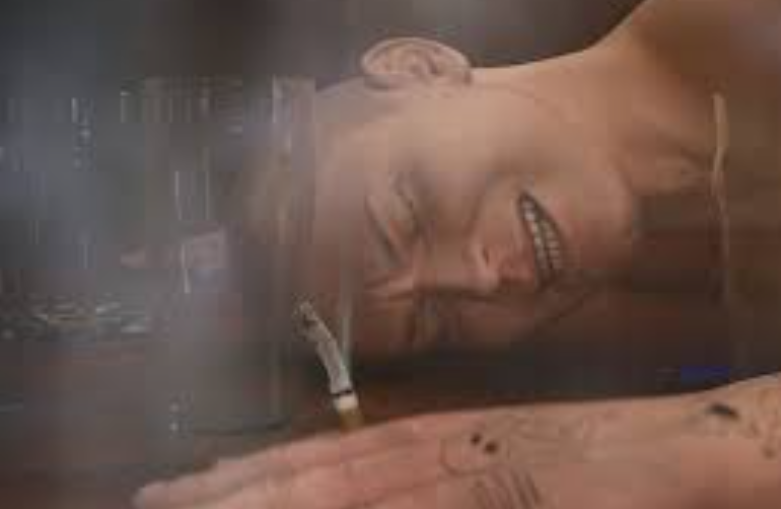 Ribbons and the Dream of Digital Envelopment

Lin (2005) discussed the impact of technology on the art world over centuries of its growth, noting that photography changed the nature of displaying aesthetic beauty and, in bringing it to the masses, introduced new forms of artwork that rebelled against the traditional ideas of beauty from the past. The changes in technology led Atkins (2014) to investigate the relationship between empathy and aesthetics using video technology. It is the same embedded level of empathetic abasement that led Grayson (2015) to introduce Ribbons as a component of the post-internet artwork. With the introduction of tokenisation and the creation of virtual worlds, such art forms become a means of encapsulating an alternative world once delivered in psychedelic glory (Sperry-Fromm, 2020).

In Ribbons, Ed Atkins (2014) has captured the move towards artificial intelligence and social media in modern society’s darkly poignant and spiritual reflection. The British artist combines video art and poetry to incorporate structural film artists, including Frampton, while inviting the reader to reflect on multiple topics, including depression (Curtis, 2019). The integration of CGI (computer-generated imagery) avatars animated through motion capture is made more poignant by the protagonist’s isolation. Through this, Atkins directly addresses the viewer in a manner that is simultaneously authentic, captivating, and repulsive.

The manufactured image of humanity is one of common vulgarity covered in cheap prison tattoos, noting the vices of the day. Yet, the artificially generated character, as a smoking, drinking skinhead tattooed as a “troll” (Click, 2019), not merely retains all of the worst aspects of humanity; it exhibits a depth of sadness. The character creates an unholy form of an occult videogame (Atkins, 2014). Thompson (2005), while referencing art in the animal kingdom, noted that the tools of technology redeployed reality in a way that encapsulated an alternative vision of physical existence. Atkins has encapsulated such pseudo-reality in his work.

The definitional video Ribbons (Atkins, 2014) introduces an idea of hellish deprivation in the form of empty Sartre-like concepts of a hollow shell of an individual—without character, real narrative, or emotion. The combination of alcohol and cigarettes introduces the concept of violence and obscenity. The film captures the growing social media industry, and how it reduces humanity to the lowest common denominator (Apter et al., 2016).

The protagonist in the computer-generated image, Dave, is a straight white male. Such a character represents the stalwart of modern Western capitalist society, whilst also being pathetic and repulsive (Cornell, 2015). Yet, there is a sense of experienced empathy with the character, while the crude and self-serving induces sympathy from the viewer. Computer-generated animation (CGA) creates a fake world representing the commodification of all things, including art and human interaction. The artist has captured the edge of reality and the mirror world of the dataverse. In the animation, we see the avatar of the “everyman”.

Developments in technology have greatly impacted the format used within contemporary art (Xu et al., 2018). As technology has become more widespread and the connection of information and access to images and data have become more extensively distributed, some artists have sought to reintroduce scarcity into art through an interactive experience. Yet, where an image can be copied an unlimited number of times, the ability to interact with the artist and be at a place at a point in time remains unique. For example, at the opening exhibition of Rirkrit Tiravanija’s Untitled (Free), the invitation to stage exhibitions where they would prepare a pad thai meal that the audience would share generated an experience that would remain unique.

Santiago Sierra makes a different statement on society—by boxing people. In this process, the artist captures the progressive concepts of individuals who see people isolated in cubes but are now becoming productised. Thus, the artist creates a unique interactive experience, but, equally, makes a political statement on the commodification of society. The interaction has moved towards avoiding distributable technology and encapsulating the now in viewing the artists. When it is compared with Atkins, there is a similarity in the poetic performances, counterpoised by the dichotomy presented through artwork that acts outside of the real.

Each of these events captures a different aspect of society and political culture. First, the rise of individualism and the lack of interaction are reversed in an experience where individuals engage with the artist. Second, in the latter, the individuals experience creating people as products in a growing capitalist society. Third, the artist seeks to change the sensation and perceptions of those experiencing the event in each case. Finally, the artist seeks to make the “viewer” see and feel the differences that have occurred in society, and how they are changing the nature of humanity.

Even in a computer realm where pixels should be pristine, we have an image of bodily functions, sex brutality, and dust. The artist creates a paradox of post-modernist technology, capturing the living world in the dead space between pixels (Benjamin and Jennings, 2010). Each instance, between the interactive experiences of Sierra and Tiravanija or the poems of Atkins, encapsulates a moment that will not be repeated. In each instance, the artist’s interest is to create something unique. Here, the ability to easily copy artwork and the widespread dissemination of the aesthetically pleasing have led to the introduction of something conceptually unique.

Yet, the artist is and remains unsure how to describe the work, noting that “I’m not entirely sure how to talk about. It’s a particularly complex and horrible film” (Atkins, 2014). In Ribbons (2014), Aikens deflates the character (Fig.2). Throughout Ribbons (2014), the CGI character talks with the voice of a protagonist acting as an anti-hero, pushing mortality to the edge. In it, we see the effects of society as it takes the life out of the hero, portraying the sameness of postmodern consumer capitalism as something that sucks the life and soul out of people (Fig. 1).

The artist is using a white male to portray the nostalgic heart of capitalism as something based on a protagonist who is both pathetic and repulsive yet, at the same time, full of empathy (Atkins, 2014). The character is ironic and self-loathing, and destroys his centre and soul through the process gone through in the film. Here, to find something in the empty environment of what is likely a blue-collar factory life, the average white male drinks and smokes all that is into oblivion. At the same time, the obscene, excessive artificiality of the piece captures the irony of both growth and achievement and those who are forgotten in society. Both artists have responded to the various political and cultural shifts throughout the contemporary period.

In responding to the mass interaction of technology across all aspects of society, Hito Steyerl starts by creating what seems to be an educational film designed to help people to avoid cameras in what is arguably a surveillance world. The author has embedded messages in the text representing the subliminal nature of the information we are constantly bombarded with. Additionally, it demonstrates how in an increasingly interconnected world, we are becoming more and more pixels in a computer database as the individual is being consumed into the whole. As a computer scientist, the growing ubiquity of connected data can be disturbing. Similarly, the interaction of the individual in this artwork mirrors the recording of the avatar by Atkins.

Ribbons (Atkins, 2014) contrasts sharply with the work of James Turrell, who has created an experiential, interactive event. The artist demonstrates the contemplation of light, and attempts to transform the thoughts of those who experience what was once mundane but has become unseen and forgotten in a modern interconnected world. Steyerl and Turrell, while contrasting one another, each capture a different aspect of modern society. As Steyerl seeks to demonstrate the nature of surveillance capitalism, Turrell draws the viewer interactively into the world that has been forgotten and made to vanish in pixels of the modern world.

In each instance, the artist seeks to create something unique. As technology advances, the ability to promote different forms of reality and integrate new aspects of life increases, but in the past, it also led to the ability to capture and copy artwork easily. In rejecting the aesthetic, artists such as Atkins sought to capture uniqueness in the banal. Conversely, as Kugler (2021) notes, the changing nature of technology also introduces techniques that may reintroduce the past. In referencing the work of Atkins and Tiravanija, it becomes possible to see a desire to capture the novel and to exclude the masses even while portraying them. Yet, advances in technology now return the artist’s capacity to developing something aesthetically satisfying and unique while excluding the masses (Trautman, 2021). Such a change is likely to radically redefine art yet again.

Curtis, David. A history of artists’ film and video in Britain. Bloomsbury Publishing, 2019.

Lin, Po-Hsien. “A dream of digital art: Beyond the myth of contemporary computer technology in visual arts.” Visual arts research (2005): 4-12.