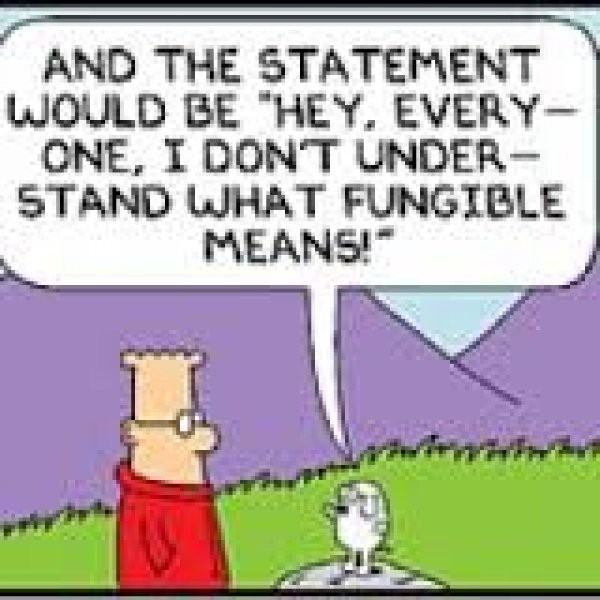 The tale of a split registry

Many think that coins will be able to just fork and act in a “permission-less” manner. We have seen this with ABC’s move to promote WormHole and bucket shops using OP_DataSigVerify (DSV), a poorly thought-out, new OP_Code that was added to ABC (changing it from Bitcoin to a speculative gambling system).

This is not speculation; the corporate officers in Bitcoin.com have specifically targeted this use as an illegal “bucket shop”. The issue is that the concept of a “permission-less” token is a sham. There is no permission-less system in the common law. The SEC have started to rule on these sham securities, and have issued a number of risk statements:

“Companies and individuals are increasingly considering initial coin offerings (ICOs) as a way to raise capital or participate in investment opportunities. Like any investment, these can carry risk. Get hip to the three “Rs” of ICOs: Risks, Rewards and Responsibilities.”

More importantly, the SEC and other regulators have ruled on the exact use cases of DSV that are being promoted by the ABC and Bitmain team:

“An entity that provides an algorithm, run on a computer program or on a smart contract using blockchain technology, as a means to bring together or execute orders, could be providing a trading facility. As another example, an entity that sets execution priorities, standardizes material terms for digital asset securities traded on the system, or requires orders to conform with predetermined protocols of a smart contract, could be setting rules.”

DSV sets up and releases a system for gambling, derivatives exchange, and a means to create and trade securities that have not been registered. In allowing “permission-less” trade, it acts outside the law. The unfortunate aspect of ABC removes fungibility.

Money is fungible not through technology but as a result of law. To throw out the legal protections is to give away the freedoms we have. The push to add constructs into Bitcoin that are designed solely for this is not just bad, it is immoral.

Coins such as Zcash and now ABC that are seeking to act outside the law can never be fungible. Fungibility is a legal term of art. It means that you exchange for value in good faith and can prove this exchange. By definition, no anonymous coin can be legally fungible. More, to be fungible, the merchant or other party receiving payment cannot know that it is received using an illegal construct. A key aspect of fungibility is that the exchange was completed “without knowledge” of any illegal aspects of the tokens’ history.

With DSV, the chain is constructed with a history. The chain would require a means to have a registration body sign off on the exchange (such as having a PKI-based certificate authority sign all transactions). The merchant would need to validate the entire history of all coins to ensure that all exchanges are legal in the jurisdiction they reside. This is not how Bitcoin works.

Further, with both anonymous coins and tokens and those without legal fungibility, the existing “source-of-wealth” laws mean that you could lose everything, if the chain was later analysed and you were approached to return funds. Merchants have no rights in anonymous and non-fungible systems.

This matters when we consider the future of the system.

When a system splits, only one registry can be valid. This issue of “decentralise everything” misses a critical aspect of reality; you cannot split the rights to many forms of property, and if you are doing this, then none of the systems are valid.

In a fork where a system is used as a registry, the thing that matters is the one registry that is the most true to the original aim and also the one that is completely acting within the law.

As soon as a registry oversteps, or has payments from a source that is not legally fungible, it risks being wound up and all goods being returned to former owners.