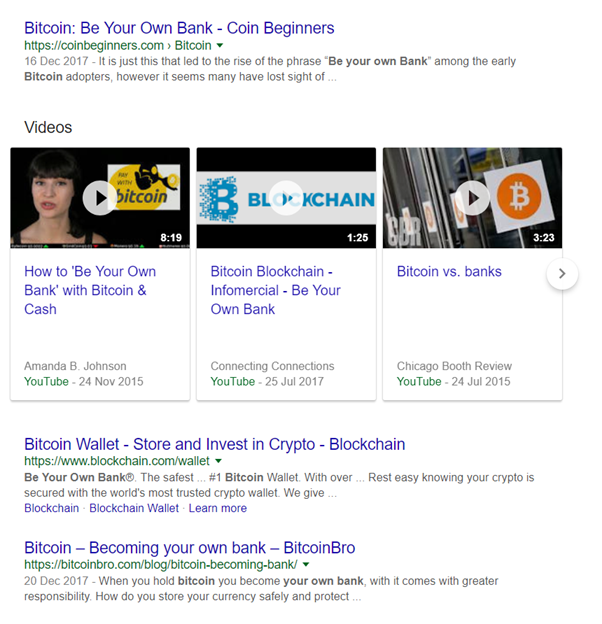 There is this myth around banking and bitcoin. Any quick search will show thousands of sites and people promoting the idea of “be your own bank”. This seems to become one of the catchphrases associated with bitcoin, however it is utterly false. Holding bitcoin as cash is not banking. In Japan due to the low interest rates offered, many people still hide their money under their bed. Just holding your money in bitcoin is just holding your money under your bed. This is not what banks do. 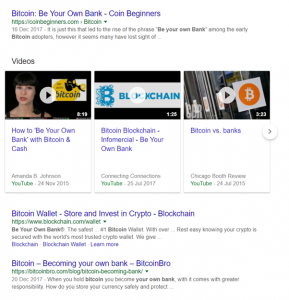 Banks allocate and distribute capital. They offer loans and allow people access to funds they would not be able to gain based on the promise of the future repayment. Bailout people who cannot afford a home to buy one and pay it off over time. They allow people who come from poor families to seek education and pay this off later. Bitcoin does not offer this.

It is possible to have banking based on Bitcoin but it does not involve holding your money at home.

If you have a home loan, try and think what it would be like without access to banks. Imagine, as people used to do having to share a small room as you save, maybe forever.

For most people, the home is not the safest place. This myth that holding your own keys makes you secure is a fallacy.

There is a monetary cost to maintain a safety deposit box. Any large amount saved within a set of bitcoin keys is at risk and needs to be protected. This works well if you are wealthy and can afford it, but it is not the same for the average person. Most users are not well-versed in information security. Having worked within information security since the early 90’s when most people hadn’t even heard of the discipline I can tell you very well that the biggest security problem is users not understanding security. Handing off security to users is a recipe for failure.

To teach people that bitcoin is secure by default is negligent.

In the future, I expect people touting this idea to be sued under tortious negligence laws for promotion of false information leading to loss. Those who have trusted in the security of bitcoin and then have machines hacked, lose information or have key stolen even through physical act should look to some of these people promoting the lie that owning a set of keys makes you ultimately secure to recover their funds.

One wonderful advantage that bitcoin provides is with simple applications such as Centbee and Handcash low-end users can access bitcoin quickly. In environments where banking is not available bitcoin partially provides leverage to get into the market. It doesn’t provide all that banking does, but that does not stop us from building applications on top of bitcoin that allow for localised services.

More, bitcoin provides a means for these people without access to save their money to have some way of doing it. It allows them to have multiple wallets and only carry the minimal amount on their phone. They can have one phone at home with a special backup key and locked encryption and carry another with a minimal amount that they need for the day.

This is the type of thing that should be taught. Yet this is not taught at all.

The so-called experts teach you about the false idea of being your own bank and tell you nothing about how you need to secure nodes.

They do not teach store-owners that the central head office can have a different wallet that is paid to with no private keys on site. They do not teach people being paid for work that they can have multiple keys and multiple wallets storing these so that you carry one with a small amount and get paid to another.

It is time to start teaching people the truth. Bitcoin does not replace banking. It is cash.

Bitcoin core (BTC) should not even be called bitcoin anymore. It is not cash.