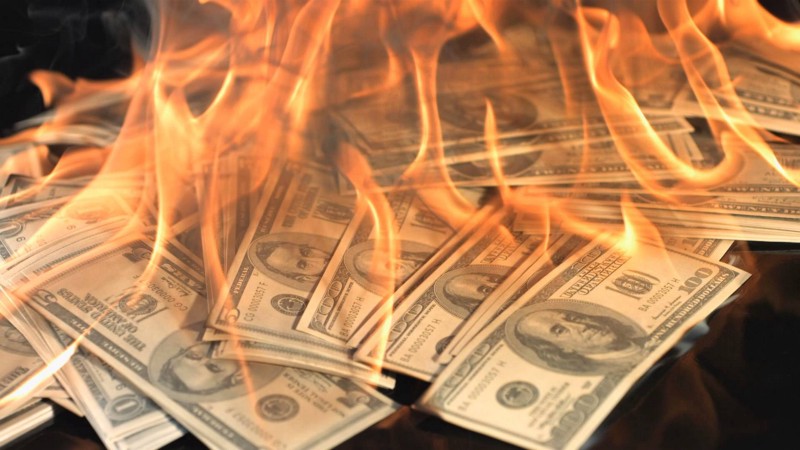 There is a lot of misunderstanding on how money works. Many in the Bitcoin space think that scarcity of Bitcoin alone determines the scarcity and price of Bitcoin. This is utterly misguided and wrong.

The total money supply is not only Bitcoin, but all money. If there is a substitute, then this is a part of the money supply. The scarcity of Bitcoin to price is a function of use.

In economics, this was the issue that Ricardo and Marx never grasped, that is, the diamond/water paradox. The fact that something is scarce is not enough to make it valuable. There are small vineyards who produce under 1% of the amount of wine made by Moet and yet, some of these earn under 0.75 Euro a bottle. Clearly, being scarce does not help increase the price of something that has little use.

This is the issue few understand with money. It is not the fact that a token is scarce, it is the fact that it is in demand at the margin. For this, it needs use.

The value of money in not as a type of money, but in its use when compared to alternatives. For Bitcoin, this is fiat, other coins, and more. In this post, I shall limit this, ceteris paribus to a market of only two options. We will have Bitcoin and WormHole Coin, and start with just Bitcoin.

We have a limit of just under 21 million Bitcoin. The price is determined in the use at market. Where this is first an issue is that the market is “Main Street” and is not “Wall Street”. Speculation adds to the volatility, and is necessary in any system, but like all things, it is not the entirety and the real value of a system, the long-term value and liquidity of a system come in use and circulation.

In this, if we have 11 million coins saved, the value to the market comes from the 10 million in active use. Money measures the demand for goods and services as are available at the time. If the total money supply is 21 million and only 10 million are active, the 11 million have some effect in the fact that these will come into circulation when the demand changes the rate of exchange such that the savers enter the market and exchange the money they saved to receive goods and services.

We now consider the entire amounts. If the bitcoins in circulation is only as a result of the market, and not as they are locked and can be moved, then, the increase of value will result in some bitcoin moving from savings to use.

Let us assume that the holders of 1 million of the 11 million in saved bitcoin now see gold as more valuable. We now have a value at the margin that will equilbriate to allow a gain of somewhere between >1.00 and <1.111 times the original example.

The reason for this is that some bitcoin will now seek to realise the gains.

Overall, the loss has a positive impact on the price of bitcoin compared to gold.

Burning bitcoin to another system

In an alternate scenario, we will contrast losing bitcoin with “burning” (*) bitcoin. In this instance, we have the same amounts of gold and bitcoin with the same ratios. The distinction is that in place of “losing” the keys and bitcoin, we have a (perceived) “backing” of WHC in an exchange. That is, for every BCH you exchange, one hundred WHC is provided in a ONE-WAY transaction.

The burn has resulted in the exchange value of Bitcoin (BCH) AND WHC* remaining nominally the same. The entire supply of bitcoin is reduced, BUT the supply of money has not changed, it has simply been altered to now include a mix of BCH and WHC.

2. We now consider the total, and see that as no value has changed, the saved BCH do not matter in the calculation. Those who hold BCH have gained nothing as WHC slowly (and insidiously) replaces bitcoin with a PoS (*).

Burning bitcoin in exchange for another token cannot be compared to losing access to keys.

The scam is that the WHC address is not a true burn address, which itself is bad enough. The WHC address is a real BCH address that will be able to be “found”, if the initial fraud does not work. This of course could also be used as an “oh, Bitcoin is not secure, move to WHC sham.”

The primary difference here is that we are assuming a set ratio in the market of WHC. The truth is far different. Once the quantity of BCH is expended, WHC as a PoS system controlled by Bitmain can simply issue more WHC. There is no way to stop this, it is not a set and limited system such as Bitcoin is designed to be.

WHC is in effect digital fiat. Once you have been drawn into the sham, the majority holders (Jihan and crew) can just add more and more WHC. Users are forced to use WHC in the issue of other tokens and this returns to… You guessed it, Bitmain.

It is not miner fees now, but a tax to Jihan.

Welcome to the money that Jihan made.

Roger and Jihan are NOT seeking sound hard money, they seek power and control.

The scarcity of the system is only one aspect of value. The real determination of value is in use. That is not HODL and exchange scams, but use as cash, use in a ledger unit, and any other use that people pay for.

(*) XAU is the symbol on exchanges for gold.

(*) Note, Bitmain are not really burning Bitcoin, they are misleading clients into the use of a sham burn address in pursuit of a fraudulent and illegal securities scam.

(*) WHC is WormHole Coin, a sham security offered under misleading pretences by Bitmain.