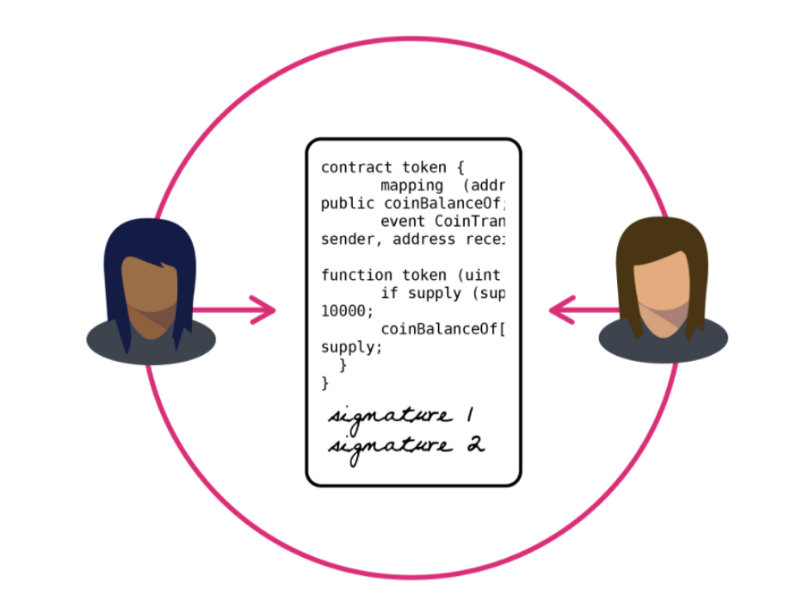 When contrasting contractual principles, it is clear that where a contract is not required to be in writing (Columbia Law Review, Apr., 1929 Pp. 497–504; Columbia Law Review, Jun., 1907, pp. 446–449; McKendrick, E, 2005, p 184), that little additional uncertainty could be created where the contract is completed electronically. In fact, it is clear that electronic evidence must hold greater weight than verbal evidence (Lord Justice Auld, Sept 2001, Cpt 11). What is not clear is the extent of the weight attached to the various forms of electronic evidence. The strength of a digital signature algorithm and the security surrounding the mechanisms used to sign an electronic document will respectively influence the weight associated with any piece of electronic evidence.

It has been argued that the digital contract may appear on the computer screen to consist of words in a written form but merely consist of a virtual representation (Allison et al, 2003). The ECA has removed the uncertainty and doubt surrounding the question as to the nature of electronic form used in the construction of a contract. In this, the ECA specifies that the electronic form of a contract is to be accepted as equivalent to a contract in writing.

An electronic contract has a twofold structure. Thought of electronically, the contract is a sequence of numbers and code saved to some electronic or magnetic medium. Alternatively, the contract becomes perceptible through a transformation of the numeric code when broadcast to a computer output device such as a printer or screen (Bainbridge, 2000; Reed, 2004; Brownsword, 2000). Prior to the passing of the ECA, this dichotomy exasperated the uncertainty contiguous with whether an electronic contract can be regarded as being a contract in writing.

The English legal doctrines of offer, acceptance and consideration when coupled with an intention to create legally binding relations define the necessary conditions for the creation of a contract. There is no necessity for the most part [Excluding contracts such as for the transfer of real property, which are covered by a variety of specific acts] that any contract be concluded in writing.

The question as to whether contracts performed electronically are legalistically equivalent to writing comes more to a question of evidential weight and the application of the parole evidence rule (Durtschi, 2002; Lim, 2002). By stating that electronic contracts are equivalent to writing, the ECA has in effect, forbid the introduction of extrinsic evidence which could change the terms of the electronic contract.

The ECA did little to suppress the disputes surrounding the evidential weight attached to an electronic signature due to the receipt of a number of objections [Eg., London Borough of Newham for the National Smart Card Project (2003)] prior to the passing off the bill. Accordingly, when the Act was passed on 25 May 2000 its provisions as to the weight of electronic signatures did not meet the objectives of the EC Directive on Electronic Signatures and where less detailed. Section 7(1) provides:

So, while code is not law and a court retains the ability to overturn or adjudicate any contract, even those made digitally, system such as Bitcoin contracts can be easily show to have high evidentiary value and be admissible into a UK court. The means of which Bitcoin used to incorporate digital signatures allows for complex structured contracts to be negotiated and saved by business. Unfortunately, many of these benefits have been lost in BTC leaving BCH as not only digital cash, but Bitcoin.