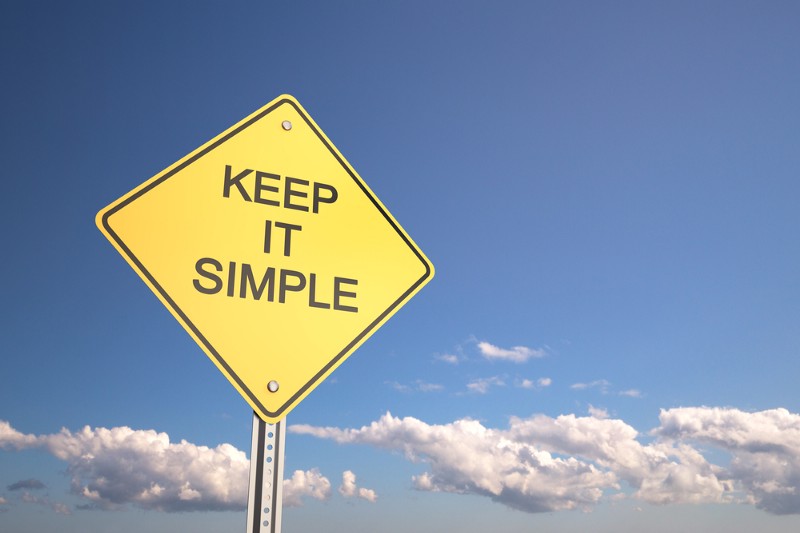 The Silicon Valley culture of change at any cost, with pivot at every moment is detrimental to most of what we see in society. It replaces simplicity with chaos. Simplicity can lead to complexity, and it is important to note that complexity is nothing like chaos. Rather, simple rules lead to infinite and unbounded combinations of outcomes. If we take for instance the game of life, we see a set of simple rules that when repeated and iterated create something remarkable.

Here lies the problem in the “cryptocurrency” development community; they seek complexity, and end with chaos. Like many technocrats, they want to control the outcome and not let it evolve.

Bitcoin is a simple protocol. As such, the security of the system is protected as miners cannot update the protocol. A miner can choose to not accept a transaction, and can seek to reject blocks with the same transaction at the risk of losing and the orphaning of anything they win. Even if they choose to do so, it merely delays a transaction. A transaction can be replayed a week later, a month later, a year later, a decade later, or whenever the user decides. It is a key strength of Bitcoin. Miners don’t set protocol, rather the protocol is set in stone. If you change the protocol, you move away from Bitcoin. Protocol changes are not forks but rather new competing protocols with a possible airdrop.

This is important; miners set rules.

One such rule concerns the block cap. If just over 50% of the miners want to increase the size of the cap, it will rise, and many miners who are rejecting the increase will go broke. It’s how the system works. Hobby miners are forced to compete, and if they cannot, they are forced out of the network. Bitcoin was never a system designed to allow everyone to run a node. It was always destined for data centres.

Rules are different to protocol. In the white paper, it is explained that any necessary rules can be set. In other words, where a majority of miners chooses to enforce a particular set of transactions, that is to reject something based on size or fees or anything else within the protocol, they can do so at the possible cost of lost revenue in case they choose wrongly.

Importantly, the distinction is whether a transaction can be replayed later. Rules can change, the protocol is set.

As such, a transaction that is signed today but does not get into the next block can be tried at a later date. If the value of bitcoin against, say, the US dollar increases, a low fee on a transaction that has been rejected may be accepted later. Where today blocks are being made full continuously because miners only accept a certain cap, in six months the scenario may be different. In all of the cases, no changes are required to the user software, SPV, or applications.

Having said so, Bitcoin is incredibly powerful in its simplicity. The scripting language included with Bitcoin can be extended to code about anything that can be thought of.

Ironically, Schnorr signatures have been promoted by supporters of several alternatives to Bitcoin (such as BTC) as a means of scaling. The argument is that multiple signatures can be collapsed into a single system. Instead of having five parties carrying out five separate signatures, a single signature would suffice. Well, so is the claim. The truth is a little different. As with all of such changes, the developers behind them are seeking to create an anonymous system. They are seeking to alter the protocol within Bitcoin and create something completely different. Bitcoin was never designed to be anonymous, and yet anonymity is what they are seeking.

But can it help with scaling?

Here again we have a series of lies designed to hide the fact that the developers of SegWit coin (BTC) are seeking to remove the key strengths of Bitcoin of privacy over anonymity.

Generally, a transaction will be conducted by having one party pay another. As such, Schnorr signatures do not save space at all. There is no aggregation. Alice signs a transaction to Bob. She has a single signature that is signed to a single-signature-based spend address. Consequently, the purported savings are negligible or less. At the same time, though, they remove the ability for all users to trace transactions easily. Again, it is a false promotion of something that does not exist as an issue so that they can create a system that cannot be tracked easily by government and, more importantly, can lead to something they believe will act as an anonymous currency allowing drug sales.

The flaw in their argument stems, as always, from the fact that in a legal system, such a desired end is easy to stop. To have value, bitcoin needs to be easily exchanged. To be able to do so, it needs to be legal. Exchanges and custodial wallets need to be simple and act within the law. It is the point of exchange that is simplest to attack and remove. In removing the ability to take bitcoin in and out of the general cryptocurrency system from and to the fiat-currency system, they remove all usefulness and value.