Home » Bitcoin & Blockchain Tech » I shall continue answering in order. 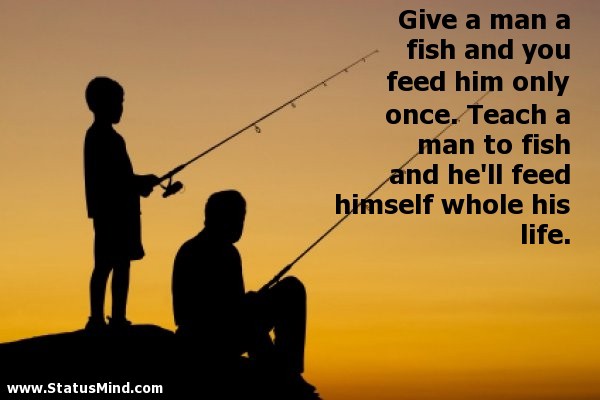 58. Apart from Bitcoin getting hijacked, what else do you regret what happened to the protocol in the last 10 years?

I regret little and waste no time on this.

I do not have the time to waste on regrets.

59. As we all know the 1mb block limit was a temporary measure against spam, and then the Blockstream took over and the rest follows…as far as I am aware with generic software and real life manuals etc, in most cases there is the FAQ page or section section. Hypothetically, if in the very early days you had the chance and were to have created a Top 10 FAQ/Notes for the Bitcoin whitepaper. What would this look like? I guess I can start it off by….

60. Finally if you would like to send a open message to anyone, on anything else not covered or any updates or news that would be appreciated.

Everything is a competition.

At the limit, time is the ultimate currency.

Decentralised is not a goal. It is a tool that is used to achieve certain goals. There is no and I mean NO reason to make something decentralised just so it is decentralised. Making a system distributed comes at a cost.

Ask, what are you trying to achieve?

Why are you seeking to make this system less centralised?

Bitcoin is democratic in the manner of the Roman Republic. Some voting blocks had 100 people and 1 vote, but they had more at stake, more invested. Others with less invested had one vote for 30,000 people.

There is not a simple system that works where all people are equal. Investment is a good guide — not proof of stake, what you had and want to keep, but what you are willing to risk.

But do you feel and realise that compared to average people, you are 1 in a million? “Your greatest strength is sometimes your biggest weakness” You are just, way too fast and way ahead of everyone, and because we don’t understand instantly and need more time to learn and understand certain things from different views, it may frustrate you? Or are you using the Socratic method of teaching, to encourage logic, and let people figure things out on their own. This may be where some of your and other groups of misunderstandings are coming from. It feels like people and groups become more alienated, which the opposite of what people want and what is not needed.

The Socratic method of teaching is the best and — there are few others that work.

You cannot force knowledge, people need to embrace it, this is where our schools are failing.

Some of us are born communicators. Some are good in mathematics. Some of us like to code. Some enjoy fitness and outdoor activity, and others would rather sit in front of the computer and develop computer programs.

There has been many research and findings, how people always fear the unknown and dislike change, because they do not understand it. As you are a academic, there was research which concluded that, in order for change to be most effective, requires education (which you vastly exceed) but also communication, participation and facilitation and negotiation for the group or average person to understand and accept it (Kotter and Schlesinger 1979).

But, not to everyone.

To those who are necessary, those who build and create. Some need to be taught, but the truth is, time is a limit and there is not enough of it to be nice.

Bitcoin is nearing 10 years, and I strongly believe people, groups and the crypto space in general want it to succeed, see the orignal vision go forward, and be used as cash, and help billions of people. But it seems like a constant battle one thing after another, again and again, but there are definitely good people who do believe and want Bitcoin to succeed.

Then, start to accept this is the only way forward. There is nothing but battles for the next 30 years. It is one war after another, and this one is a small mild skirmish that will seem to be two guppies fighting from the view of Titans walking by in a decade from now.

Bitcoin is competitive. It is based on competition. It is a meritocracy and comes with all this entails.

Why do you always choose the maverick, combative approach to communication?

Even when you are expressly exploring something that you don’t have a perfect handle on, you still adopt the mantle of someone who is coming down from on high to educate the poor unfortunates who are not as enlightened as you and need a clip in the ear to get them in line. The best example of this I’ve ever seen was the situation with the proof of burn addresses backing wormhole and counterparty; you didn’t understand that the last six characters of the addresses were necessarily deterministic checksums based on the prior content of the addresses, even when subtle attention was drawn to this, you silently let it blackhole without correcting yourself or noting the implication of what you were saying.

NO, you fail to see that I was correct.

The base58 of this incorporates the address separately. I addressed this on Twitter. Sorry, your error is not mine.

IF you bother to check what I said, then you will see it is not in error 😉

I make mistakes — this is not one.

In my experience, this combative personality is symptomatic of an environment in which you have constantly had to struggle with people who are honestly not capable of understanding your ideas and insights, and are in turn trying to steamroll you with what they believe is important, but is in fact not, usually social status or some associated nonsensical window dressing, and the only way you can pull them in line is to trample over them with the facts until they submit. And if you’re always right, and never wrong, the simple fact is this approach works.

Worked so far, and those in Core, ETH, shitcoin land…

Sorry, I do not want most of them. There is a reason why I have driven them away.

But at some point in our lives, we come into a situation where our peers are not necessarily just useless cattle parroting truisms that they don’t actually understand and trying to engage in social power games. They have their own genuine insights into the subjects under discussion. When you treat those people as if they were useless cattle, it ends up alienating them, and is directly contrary to moving the field forward as well as your standing within it.

I like that many in ETH etc are there — they are out of my way in a dead end project that I could have demonstrated the flaws of years ago. If they were with BCH, they would have slowed it down and killed it by now with these ideas of socialist togetherness.

I know how you grew up, I know the kind of society that you dealt with, and I know how it’s the perfect breeding ground for the aforementioned attitude. But that realm isn’t the high level cryptocurrency community.

Honestly — FUCK the community! Bitcoin is NOT socialist. I am sorry you cannot see this, that you think it is all about bringing people into harmony, well it is not even mildly related to that.

The community, the concept of a crypto community — this group think of non-competitive consensus — it is a cancer! Bitcoin is all and I mean ALL about competition. It is about profit.

Bitcoin is not about people agreeing — it is about them competing!!!!!

I humbly submit that you consider moving past this, in order to genuinely share the unique and valuable insights that you have proven you have, rather than providing ammunition for those who would seek to engage in character assassination against you and sideline those points which are inconvenient to their sometimes objectionable goals.

There is one simple end to this. One thing I will leave you with.

If you do not like it, or me, or anything here, then compete. Try harder, find a thing, a speciality — anything that you are better at than me — and beat me on that point.

Nobody can be best at everything and for all I do, anyone could aim to be best at a large variety of things and beat me on those. Form a company. Have many together who can do more than I can alone.

The simple point — stop bitching, it is getting tiring and if you do not like it, find a way to compete and do more, to do better.