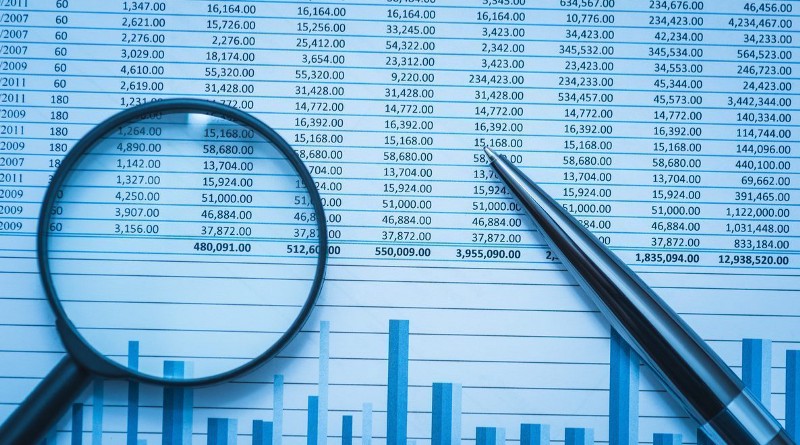 Today’s business use case is very simple, and in detailing it, we may help others understand a little more about Bitcoin itself.

The sole reason why some argue Bitcoin cannot scale and that it requires half-baked solutions such as the Lightning Network is directly related to the one thing Bitcoin does: more than anything else, it provides an immutable evidence trail that is admissible in court. Sidechains, Lightning, Plasma, and every other half-baked attempt to alter Bitcoin all boil down to one simple thing; they seek to delete records.

The argument about nodes has been designed purely to mislead and allow the attempt of creating an anonymous system. Bitcoin is pseudonymous and private. It is nothing like anonymous. The false narrative on selling full verifying nodes is a simple lie that is easy to dismiss and disprove, and yet, it is not discredited for the sole reason that the desire is to create a system that is not Bitcoin or anything like it. All they seek to do is to capture the value that is already stored in Bitcoin and move it to a system that allows them to buy and sell illicit material, to continue to run bucket shops, and to flaunt the regulations and law with a seeming impunity.

Bitcoin is not designed to allow illicit material, and, at scale, ends such a scenario. The myth that is propagated, that nothing can be confiscated, is further from the truth than any fiction book could imagine. eCash was regularly traced and recovered, and yet it was anonymous without an audit trail.

When you seek an off-chain solution, you seek something other than Bitcoin. It is not that Bitcoin cannot scale, and it is not about the lie of centralisation or decentralisation, for there are under 20 nodes on the BitCon (BTC) or Ethereum (ETH) networks. Miners alone have any impact at all in Bitcoin or any related system. The security of the network and the verification of transactions come through the creation of blocks, which means that a system that is not creating blocks on a regular basis is not a node. The mechanism is designed to ensure a stable system, and is defined in section 5 of the Bitcoin white paper explicitly.

Bitcoin hasn’t changed, nor can it. There is no solution that works off-chain based on Bitcoin or any derivative system that might be copied because of the economics designed and built into Bitcoin. Lightning cannot work, even as the parasite it is; if tried, it kills the host.

What does this mean as a business solution, though?

The important thing that many people have missed is that business requires immutability. The Financial Industry Regulatory Authority (FINRA) requires immutable records. The Sarbanes-Oxley act and provisions of the Securities and Exchanges Committee (SEC) also require that public companies maintain immutable records. In part, the requirement is to assure that insiders within the organisations are unable to commit insider trading or alter records in the manner that we saw in the past with Enron and Bernie Madoff.

Such are only the tip of the iceberg. Between 2006 and 2009, I constantly promoted and touted the need for a secure storage mechanism. Optical media are flawed, and do not provide such a solution. An organisation will need to maintain multiple copies of CDR or DVDr records, and the problem here is that such do not stop different copies from existing. One of the primary concerns with the records of Enron and many other related corporate frauds is that organisations often keep multiple copies of multiple ledgers.

Even stored on CDR, an organisation can have an immutable copy that can be updated. In other words, they can change the records and create another copy. There is no way to ensure that the media has not been copied multiple times. This in itself places organisations at risk.

The SEC has captured the requirement for public companies to use WORM (write once read many) media through Rule 17a-4(f) of the Securities and Exchanges Act (SEA):

Imagine now that we could immediately fix such a problem. In the future, with Metanet in organisations, entire general-ledger and accounting platforms will be able to be stored immutably on Bitcoin in a way that allows the organisation to prove that one is the sole set of records. An organisation can achieve so by simply maintaining a registered master key that can update and create a new key in a manner that always links to the master key and yet remains private such that those outside the organisation are incapable of mapping the accounts of the organisation.

Using a combination of thresholds and smart contracts, an organisation can create a mapping of all of the keys in a manner that allows them to prove the immutability of the records.

With the existing implementation of Bitcoin SV, the scale is already sufficient to allow organisations to map all of their account records in a manner that remains immutable and cannot be replaced. An organisation can use any media including a CDR, a backup tape, or even hard-drive copies as a medium to store the data backup and simply store the hash of the value that encapsulates the daily backup using the Bitcoin blockchain. In time, there will not even be a need for a backup for the Metanet, and Bitcoin will be the system.

An organisation can register the primary or master key and then write the hash of the backup on a sequential basis to a series of predefined keys. I won’t go into the technical details of hashes versus HMAC algorithms, since they are beyond the technical scope of most people that seek to implement such an idea and they can be sourced from suitably technical people.

Imagine first that an organisation has a master key built using an ECDSA curve such that:

Now, we start with a registered secret S(lodge) that is lodged with the regulator or tax authority. The secret can be used to form a hash or access chain:

The result is that we have a series of sequentially linked secrets. The full solution is far more detailed than such a simple toy model, but it is enough to get you thinking. Each day, the solution is provided in a manner that provably links to the one prior.

There can be one and only one value that follows.

As a result, we can create a series of derived public keys and thus Bitcoin addresses:

We solve the hash each day, and record the hash of the media used to store out records each day on a new key. It can be as simple as writing an OP_RETURN to each new address. Doing so is both private and secure.

In the existing system, WORM storage may be immutable and have multiple copies. In setting a single value that can be recorded each day such that the regulators can independently verify records with no means available for such to be altered including the creation of multiple record sources, as Enron and Bernie Madoff each used, we radically alter the face of accounting.

Bitcoin will allow organisations and regulators to ensure a single copy of the organisation’s ledger is all that can exist. The existing frauds based on the creation of alternate ledgers can never occur again. Even now, the ability to maintain multiple copies of financial records is an issue that had not been solved before Bitcoin.

With Bitcoin and the various methodologies that I have created extending Bitcoin, we can stop many financial frauds. Most importantly, we radically alter the nature of the system allowing all organisations to be immutably traced through the ultimate evidence trail that both provides privacy and removes many traditional frauds.

It is what those who seek to move everything off-chain want to stop. Once everything moves to being stored on-chain, and once everything can be linked to a single provable record with no alternate copy of a ledger ever being valid and it can be proved instantly, the nature of the accounting industry will be radically altered forever.

The thing many do not see is that merely a public blockchain allows for the truth.

If an organisation can have multiple blockchains, something that is simple to achieve using private blockchains, then there cannot be a definitive truth. The system is not immutable. The solution merely comes to fruition on a public blockchain. That is, Bitcoin as it was intended. When the organisation can control the inputs, it can easily fork and split many versions of the truth. You cannot do so when there is one global ledger. With a single global public ledger, there is a single source of truth.

From here, we also start to move into a world of CAATs (computer-aided audit techniques) that can act in order to alter business owners and auditors to anomalies in real time. But we shall leave the idea for a later post.