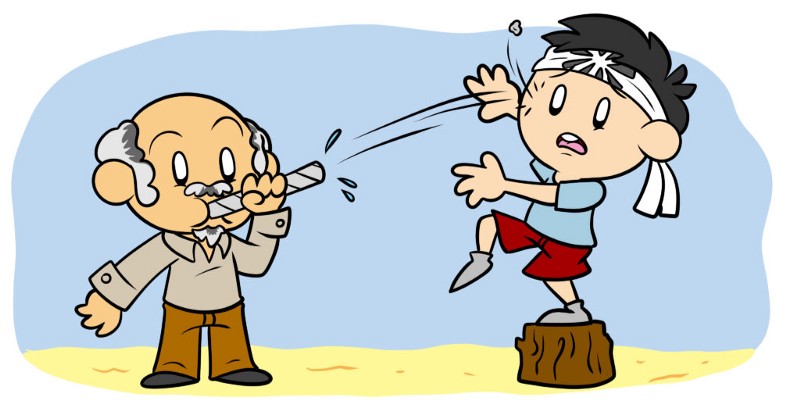 Calvin Ayre is my friend.

It becomes very hard to have friends when you have money. I have a few, and I would include Shadders and Jimmy in the list.

Calvin is in part my friend as he is also my mentor. There are not many people I can learn from that are alive and outside of books, but Calvin is one. Not academic knowledge, Calvin teaches me street smarts, he helps me with my interactions with people and, importantly, shows me how to live.

Calvin lives a pretty good life. It’s not the life I want; I enjoy family, study, and many quiet things. But Calvin is a billionaire who doesn’t have a collection of yachts and a lot of other junk. I admit, I had a bit of a spending spree when I first got to a certain point. But what it taught me is that what makes me happiest is working. You may not understand it, but I love learning, study, and creation. I love work.

In that penny-store novella by Andrew O’Hagan you will find that there is not much that is real or true. I was never paid $15 million. So forget that one. In fact, what happened was that O’Hagan was offered an opportunity to follow us over a number of years. He would have the chance to see the growth of nChain, or at least so was the offer we made to him. He never accepted. So he got to ask a few questions, he saw the office as it was being built in London and very little more. Mostly, he got hearsay rumours and innuendo from people who had no idea what was going on.

There are bits and pieces of the story that are true. I would estimate, 15% of the book.

If he had not tried to play us, he would’ve discovered the real story. But, he was more interested in a quick sensationalist report, and cared little for the truth. As a result, there is little truth in what he wrote.

I take time to get to know people. When they are being offered something big, I make sure they can be trusted first.

Yes, some people in the organisation wanted to sell out and do a quick boom of patents sold to the highest bidder. You might know by now that doing so is not how I work. And if you’re smart, you will understand that the organisation is here, still. I’m a part of it, still. So, the best proof for such things is time.

When it comes to Calvin, I never needed to worry that he was just in it for the money. That he wanted money from me. It helped. When you start to learn who can be trusted and who can’t, you start to understand a little bit more about the scenario.

You will find that there are many who want me to be gone. They understand that in the long term, scams cannot work with me around. Unfortunately for them, their time has passed. Code is not law. Code will never be law. In the coming 10 years, we move into the next phase of what was and is Bitcoin. As such, you start to learn about the lies that have been told over and over by those seeking scams and the path to fast money. If you want to be rich, I suggest you learn to work harder and smarter and longer than you ever have.

I had hoped for more time, but what you’re going to find out as a result of a conman’s attempt to falsely use a lawsuit to get money out of me is just how much false information exists, how many lies people have been telling about me. I don’t think there’s one entirely accurate document out there in their list of evidence. In time, you will find it out.

Just sign a key… The constant stream of fools trying to teach you that code can be evidence in itself and that we can remove courts, judges, and law is a part of why I created Bitcoin. I did so to ensure a path away from the fools. In a two-of-three escrow contract, courts and arbitrators can be incorporated.

Today, I’m going to pose a very simple smart contract that can be integrated as a business idea.

A two-of-three multi-sig is nothing new, it was in the original version of Bitcoin. Escrow was never about removing courts and jurisdiction. Rather, it allows organisations to automate the selection of jurisdictional functions. It can be done through a combination of locations and consumer law. As such, we can incorporate more than one set of resolvers. That is, multiple parties can be used depending on the legal aspects of the contract. We don’t remove lawyers, we automate some of the functions. That is, many of the aspects of administrative law are simplified; they can be encoded and made into a smart contract.

As contracts within the Bitcoin framework get larger, certain aspects can be directly integrated using keys. Each regulator, arbitrator, or court can be built directly into the contract. In a two-of-three multi-sig transaction, where both parties are in the same jurisdiction and it’s a simple contract, a value-based determination can be used for a key. If the value of the contract is under a certain threshold, the local court and magistrate key is used. If the amount is over the threshold, then we select a District Court as per the rules. The selection of such a system can be automated.

That is, we can compile a set of rules based on the value of the contract. We can create a codified contract scheme that incorporates the administrative rules in a particular jurisdiction.

Linking it to oracles, the court could automate many of the administrative rules associated with civil procedure or with scenarios such as securities offerings in a particular jurisdiction.

Bitcoin contracts can be created in script to allow such scenarios. Using thresholds, the certificate associated with the court can be set up in a controlled and secure manner.

More, we can have alternative paths. If a consumer law issue is being argued, the deciding key would be associated with a consumer law tribunal. If the issue is in equity, a key for the court of equity could be used. With a Merklised path, we can construct a system that allows civil procedure laws to be incorporated into a smart contract. The system then allows for the simplified integration of the existing court structure, arbitration structures, and dispute resolution, and about everything else you can think of — all within a simplified transaction.