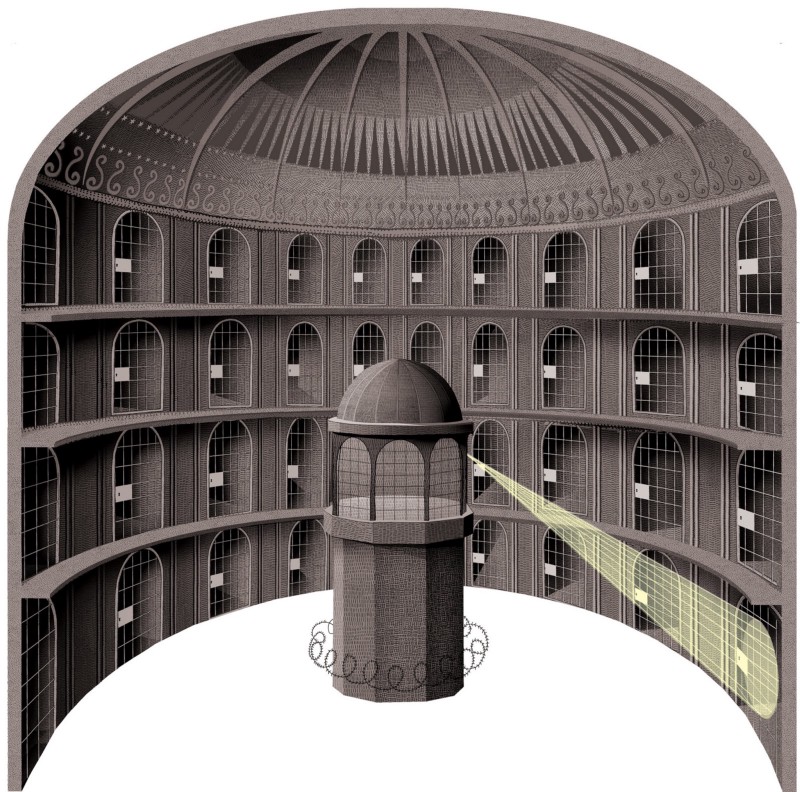 I started the company Panopticrypt in June 2011.

At this stage, I was still deep in disputes with the Australian tax office. My two companies that I’d formed in 2009, Information Defense and Integers, were beyond saving. As with everything in my past, it was the intellectual property I fought to keep, not the money. Nothing has changed now. Even the battles in the early days of nChain were about keeping control of the direction and vision I seek. Unfortunately, we even had a few people wanting to research Ethereum and other coins and other consensus mechanisms. I handle such things better now than I did.

Panoptic has a meaning of “showing or seeing the whole at one view.”

Crypt comes from that which is cryptic. A puzzle or secret. Bitcoin is such a system. A ledger that shows the whole while becoming cryptic enough to allow the system to be private. Hence the name: Panopticrypt.

As a side note, I will be showing how you can create a perfect hash puzzle at the CoinGeek conference in May this year. It is one where the individuals can select any output address, yet simultaneously create a secure hash puzzle. It’s something that could have been done with my original code in 2009.

As another interesting side note, there is a philosophy known as Panopticism that was proposed and developed as a concept by the philosopher Michel Foucault. In his book Discipline and Punish, Foucault discusses how humanity can be better ordered. Incentives control everything we do, and when applied correctly, economics allows us to create a system that evolves toward something better. Evolution does not always achieve the results one may think; for instance, Herbert Spencer’s concepts of an evolutionary system of society takes such a control concept too far. Systems evolve to fit. The concept of fitness is not referring to the most powerful or the most energetic but rather the one that adapts correctly to the system it is part of. As such, fit is not what we see today as fitness. Fitness in this concept refers to an adaptation to the environment and the system one exists in.

We are on the knife’s edge of change. We have a world that has increasingly thorough surveillance techniques. We can choose privacy, or we can fail in accepting the alternative and its consequences. Anarchy is not an option. There is no privacy in anarchy for all people do as they will, and there is no right to privacy in an anarchic system without law. Here, the strong, the powerful, and the wilful survive and take control.

Like the prison system of the Panopticon, we have everything reviewed by a central body and nothing is private. Bitcoin changes the balance. The power to change the path of such a system comes from a power to change corruption and fraud. We can never get rid of such things, but we can disincentivise them and make them more costly, which leads to their reduction. Seeking anonymity removes such strength from Bitcoin.

I have not trusted many people in my life.

Doing so has lost me many friends over the years. In part, it has come from my expectations and in other parts a conflict between what we seek. Dave was a friend for a long time and perhaps one of the very few people I think I could ever keep trusting.

I have friendships that failed and that I regret not having maintained.

Peter Robinson worked for me in Sydney. It was for one of the early iterations of a company I had called DeMorgan. It is an interesting name, one that I have some family ties towards and one that means “of the Morgan.” I had worked for what was then the Australian Stock Exchange, in fact when I first worked for the exchange in Queensland, it was the Brisbane Stock Exchange — by the time I went back, it was the ASX.

It’s perhaps been nearly 20 years and certainly over 15 since I spoke last with Peter.

My intellectual property, the systems I create are the things that hold the highest value in my life and have done so throughout my life. I’ve sacrificed and thrown away many things on the altar of potential creation.

Peter was a good guy, he is a damn good coder even if he hadn’t gone to university, and when he put his mind to something, he could achieve a lot. Unfortunately, his goals were different to mine, and he was working for me. He had a software application that he wanted to develop. Some small parts of it helped in what I was doing in the early days, before I knew what I was doing, but it was never something that particularly interested me. Unfortunately, it was something that Peter wanted to do. Here’s the trouble; if you have a friend who works for you, you have choices to make. Do you put the business first or your friendship?

If you want your business to be successful, your friendship has to take a backseat.

Adam Selene wrote how the moon is a harsh mistress. Yet the moon is kind and loving compared to a corporation. When you create a business, when you seek to create, the path can be far harsher than the moon would ever hope to be. At times, I wonder if Mike (the computer in the book) managed to exhibit more human traits, including friendship (the one thing I did well was always conceit). The quality that Mike possessed and that Mannie refers to as “his most human quality” (25.33) resounds with my most human quality, being not the one that people most admire.

I also started a company called Strasan in 2011 with other people who were friends at the time. The meaning of the company name was twofold. One meaning has Persian links, the other was a misrepresentation of the word Strassen and is related to the Strassen algorithm.

It’s an interesting algorithm when it comes to asymptotic complexity.

Unfortunately, the other people in the company wanted something different than I wanted. I’m willing to look for the long term. To take a risk at creating something great. I know the story of Achilles, and I choose a path that few would. Achilles could’ve faded, he could’ve had a life without sorrow and without pain, and yet he chose one that would immortalise his name and what he achieved. Right now, you haven’t seen what is coming, and people think that Bitcoin and blockchain is the big invention, but it’s just a Lego block. It’s a Lego block that was needed in the creation and that if not available, if not solved, and if not incentive based would not have led to solutions that will create the Metanet.

It’s funny, people don’t seem to understand that I don’t do the accounts or filings or other things for myself. They use companies, individuals, employees, and more. My companies used company secretarial services. So like it or not, you’ll start to find that it is not me behind the company shares, issues, or updates. It’s not me when it comes to the filing either.

I am completely and utterly horrible at such things. That’s why I leave them to other people. Then again, some of them have been worse than me.

I do not even manage my LinkedIn profile. To tell the truth, I haven’t even looked at it.

The stupidity of some of the soon to be debunked claims about me is that the people making them don’t care about truth. They seek anything to discredit me. Some of the things come from their lack of understanding how things work within organisations. They see themselves acting on their own accounts or finances or sending something to the tax man, and think that’s how everyone else’s life happens to be.

When there are errors in files, it isn’t because of some malicious construction, but rather errors happen in files and filing. My current EA is brilliant. She does a great job. I’ve had people in the past who though very nice have not been incredibly efficient. The funny thing is, we have documents that are being compiled wrong and it is easy to determine as being an error, yet the truth of the matter is that people do not want to look and see the discrepancies that are clear but seek to find something to discredit me in error as doing so is what protects their false idea of what Bitcoin is about.

One of the biggest problems people harp on is that of contracts that have been filed in error. There is one document on the Internet right now that is a compilation of separate documents that are not related. Unfortunately, when they were put together, they were saved in the same file.

On one page of the document, it calls for appendix a. Following it is appendix 1. In one section, it calls for a schedule, and then there is an appendix. The fonts change. There is a cover document, and if you actually look at the full document, there are nine pages in total in the purported seven-page document. Yet nobody thought to check whether it was a single document before jumping on it and saying it proves me wrong. I could have, but then, why? I wasn’t seeking to have your approval, and nor do I need it.

So, going forward is going to be fun. We now have more patents in play than any of the large global players, and going forward, my intellectual property, not just Bitcoin but all of it, is going to determine the path taken by many aspects of the world for years to come.