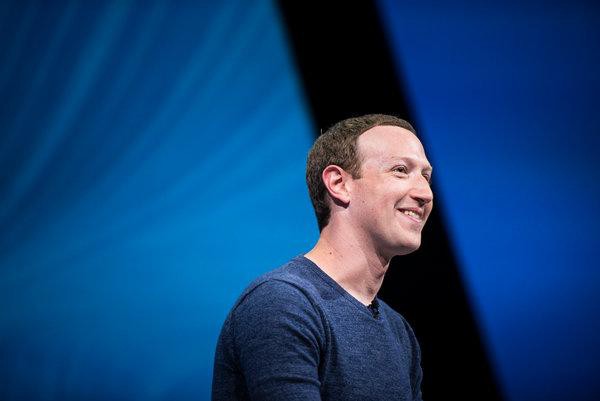 It is interesting how we are slowly moving away from the paradigm of selling user data for money. We can see it in the recent move by Facebook and the attempt to integrate Instagram, WhatsApp, and Messenger.

In time, we could likely expect to see far more with the integration not only of Facebook but across a wide swath of services and devices, allowing users to seamlessly integrate everything from the calendar and messaging to their entertainment and the control of devices around their home. Interestingly, all of it can be done in a way that is extremely secure.

More importantly, it can be done with privacy whilst ensuring an audit trail and means to track any attempts to compromise the system. When it comes to one’s home security, false cries of anonymity fall on deaf ears. With the digital lock, you do not want an anonymous trail but rather one that is private and not available to the general population. We can achieve such an end with Bitcoin. Every time an individual logged into a digital lock, your front door for instance, your whereabouts could be traced in a manner that retains privacy. Doing so is valuable for insurance and for the security of your home. It allows you to know who’s been in and out of your property, and yet stops the rest of the world from understanding what has occurred or even being able to map any transaction or log.

In time, we expect to see a combination of smart contracts integrated with the creation of digital locks and access control devices. It will cover physical access, logging, and the integration of individual access to all types of applications.

From a messaging perspective, it allows for the end-to-end encryption between all parties or even groups. We have filed a number of patents that allow for the creation of transient secrets between multiparty groups in a manner that Diffie-Hellman key exchange over ECDSA functions for two parties. The result is a system that protects messages at rest and as they are sent between the systems stops them from being viewed by anyone except the participants in a conversation.

Data is encrypted either directly on a blockchain or on a system that is linked to a blockchain. The result is one where the parties in a group can maintain full privacy or allow a controller. The system allows for the recovery of all keys, and can be linked to both dealer and dealer-less threshold systems. Effectively, it allows completely reliable and private transactions to occur in a manner that opens the creation of end-to-end-encrypted private communications between individuals or groups. The integration of files and messages allows both individuals and companies to create a rich and inclusive media platform.

More importantly, the integration of Bitcoin and cryptocurrency allows the creation of a microservices-based application. Users can pay for what they use without sacrificing their personal information. The manner in which modern and current social applications function involves the packaging and resale of commercialised user data. In other words, your profile is sold to pay for your application access.

The current lack of value and attribution within social-media platforms (such as Reddit) has led to the dismal state that they are in today. With Bitcoin and the linking of a pseudonymous identity rather than a belief in anonymity, users start to be held to cost and account. We believe that doing so will mitigate many of the existing problems of social media and the damaged reputation of services such as Facebook.

The system we have been designing would allow for the integration and mashup of information in a manner that is secure and private yet also allows access across multiple groups. We believe that it will make applications built on such a platform much more valuable than anything we see now.

Such a system when linked to a universal payment system that can be used to convert to any national currency (Bitcoin, BSV) would allow individuals to create private marketplaces and even link direct sales with a Craigslist-like service that could be built directly into a Facebook post. They could be shared as a link directly onto WhatsApp or other associated services. More importantly, rather than using such means to sell advertising, a social-media platform could take a small percentage of the revenue from sales where marketplaces integrated or base its use on a small subscription fee. In other words, the user pays.

Encrypted messaging needs to incorporate methodologies to ensure that hackers or other unauthorised parties cannot gain access to personal messaging and files yet at the same time provide the ability to curb the sentence spread of illicit activity and disinformation.

The system we are proposing never deletes messages, but rather stops them from being decrypted. Where a user decides that he no longer wants to allow access to a file or message, the key used to share the message with another individual or group is simply removed.

Privacy and not anonymity will become the heart and soul of future communications over the Internet.

It is not open platforms people seek but rather closed personal groups and communication with people in a way that allows them to build trust over time. People need to be able to decide what they will consider public, private, or even somewhere in between. Importantly, such a system would include a means to attribute information to a source and stop the widespread misinformation campaigns that have been occurring.

The immutable nature of a blockchain can be linked as a key source and the timestamp server. It allows for the secure dissemination of time-based information. A service like Snapchat could be constructed that provably allows a file to be removed from access.

We see our future where your wallet becomes your chat application, your launchpad for other services, and even your browser.

Such a system will allow end-to-end encryption such that people involved in private communications can remain secure.

For instance, if a service such as Facebook was to integrate such as service, they would be able to maintain a complete set of private communications while preventing anyone including Facebook itself from accessing what people see and share. It allows them to create intimate places where individuals and small groups can maintain direct control over who they communicate with and still provide adequate confidence that no one else can access the shared data.

Importantly, individuals and groups can also start to decide upon the permanence of a post. The system would allow them to create services such as Snapchat but with a configurable and reliable time interval. Importantly, it can also allow for privacy and freedom of expression, even in locations that are traditionally associated with poor records of human rights. It will enable people in such areas to access and protect data in a manner that stops it from being improperly used by authorities or other parties.

Like with the Internet, the key is interoperability. It is not achieved by having many many blockchains but rather by allowing one system to integrate with all other platforms. People can then use any app to reach their friends, to pay for services, or to communicate securely without additional complications.

The problem many people fail to grasp is that you cannot communicate privately in a system that is anonymous. People need to feel secure, and it cannot occur when you do not know who you are communicating with. Privacy differs from anonymity. If you do not know whether you are communicating with the same person, then you are not able to share private files without them being leaked, and if you have no way of attributing the identity of the party you communicate with, then you cannot have a private conversation. Intimacy requires trust. Anonymity destroys trust.

Those seeking to do bad things, to exploit the law, to exploit children, and to engage in acts of terror seek anonymity and not privacy.

We seek to create a system that balances the rights of users, that allows private and secure communications and the development of trust between individuals, and seek not the creation of an anonymous system that aids in the conduct of crime and the exploitation of those without power.

Such is one of the reasons why nChain has filed nearly 700 patents already and why we have hundreds of white papers that will lead to thousands of more patents.

Offerings such as Blockchain-Implemented Method for Control and Distribution of Digital Content allow us to steer the direction and development of what we call the Metanet into something safe and private.