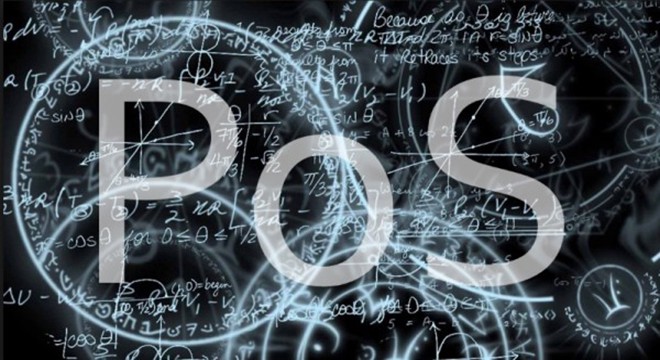 There have been many people pushing proof of stake as an alternative to proof of work. They claim that proof of stake was somehow more advanced and even that it differed from a standard securities offering in some way. All of it is false. Proof of stake is not secure, and more importantly, it fails to deliver any of the benefits delivered by blockchain. Most importantly, it is a simple equity that is designed to facilitate bucket-shop trading as it manipulates fools and misleads regulators.

It’s easy to throw words out and promote true equality, but the reality is something incredibly different. If you take any share (a common equity), you are actually in the same position after logical analysis whether it’s on a blockchain or not. If we take Apple Inc., we will find that the distribution of shares is more widely distributed than systems like Ethereum. In other words, Apple stock is more decentralised than the so-called decentralised cryptocurrency.

(1) The term “security” means any note, stock, treasury stock, security future, security-based swap, bond, debenture, evidence of indebtedness, certificate of interest or participation in any profit-sharing agreement, collateral-trust certificate, preorganization certificate or subscription, transferable share, investment contract, voting-trust certificate, certificate of deposit for a security, fractional undivided interest in oil, gas, or other mineral rights, any put, call, straddle, option, or privilege on any security, certificate of deposit, or group or index of securities (including any interest therein or based on the value thereof), or any put, call, straddle, option, or privilege entered into on a national securities exchange relating to foreign currency, or, in general, any interest or instrument commonly known as a “security”, or any certificate of interest or participation in, temporary or interim certificate for, receipt for, guarantee of, or warrant or right to subscribe to or purchase, any of the foregoing.

In each of the cases, the court focused on the definition of a security as an investment contract. The Supreme Court interpreted it to be “a contract, transaction or scheme whereby a person invest his money in a common enterprise and is led to expect profit solely from the effort of others” (Howey, 328 at 295).

Securities may be certificated or non-certificated, i.e. registered electronically (known as “dematerialised”), or a book entry. Certificated securities are represented in physical form, i.e. paper. So, the notion that a token on a blockchain is something new is false. It is a view used to promote the issue of securities without registration or adherence to the law.

The holder of an equity is a shareholder, owning a share or fractional part of the issue. It can be seen as being analogous to a proof-of-stake model and compared to a non-dividend share.

In consequence, ETH acts as a security token as it is purely an investment designed to allow others to profit through the capital gains of a held token. At present, two pools control 53% of the Ethereum network. Moving to a proof-of-stake system allows the top 1% of active holders to control the entire system. The US Supreme Court has distinguished Forman from Howey through the motivations of the buyers.

On the Ethereum wiki, proof of stake is defined as follows:

“Proof of Stake (PoS) is a category of consensus algorithms for public blockchains that depend on a validator’s economic stake in the network.”

Put simply, a proof-of-stake token allows an economic stakeholder to profit by holding tokens. The model is such that those who are holding large amounts for the pure investment value are rewarded for mere holding. Such a system removes reporting and market-manipulation controls on securities as large holders are able to run an almost unlimited number of separated validators.

There is no mechanism that can stop a cartel that holds 51% of the available tokens from forming many small Sybil voting validators. In such a scenario, a set of machines controlling 51% of the available Ethereum network tokens would be able to run over a set of 5,000 virtual machines in a system that allows them to vote as if they are a large number of individual members.

Contrary to the statement addressing the security of the network made by the Ethereum team, there is no way to stop such an attack or attribute it. Effectively, it is a simple means of market manipulation and control. Most importantly, it is an attack based on 51% of the available or free tokens.

Capital-lockup costs within Ethereum and related systems mean that only a fraction of the total supply is used in voting and validation. The promoted validation requirement has been touted as 1,500 ETH. At the current market rate of USD125 for one ETH, the cost of becoming a validator would exceed USD187,500.

The number of ETH per address is currently around 2.17, and when the top 50 addresses are removed from the analysis, it leaves an average of 1.87 ETH per address. A full analysis of the holdings shows that the control of ETH by individuals who can access the required number (1,500) to become a validator is taken by under 2% of the total network. Of the 2%, some of the individuals are using ETH in business applications, and would not be able to lock up the required amount.

The result is that 2% of the network are able to control the other 98%. Effectively, it is a security offering requiring that voters who hold a security obtain a minimum number of shares before they are able to vote.

It is simple to conclude that most purchases of Ethereum seek to profit through an expectation derived from the effort of others. The chief consequence of the security regulations has been to create a “seller-disclose” perspective of securities law. In Howey, the motivations of the buyers differed to those of an ordinary buyer of land. An ordinary buyer of land would care about the unique features of the transaction including the real-estate location and the health of the property.

We can extend the idea by looking at those who might seek to hold ETH (or for that matter any PoS token) and note that validators are effectively being rewarded dividends for holding and not spending tokens. What we see is not a common business but rather a payment for locking up a valuable security that acts as a dividend.

Howey and Forman differ in the motivation of Forman buyers’ desire to obtain low-cost housing. The characteristics of the transaction are determined in exemption under the security rules. The buyers in Forman sought an apartment rather than an investment return. Investors holding large amounts of ETH and acting as validators are clearly seeking an economic return.

To quote the promotional material concerning proof of stake on Ethereum:

The mere requirement to lock up large amounts or a large value removes the ability for any smallholder to amplify the amount of ETH returned as a dividend. Consequently, Ethereum validators act as if they were preferential shareholders with a dividend. Perversely, standard shareholders in the system are not paid a dividend at all. The proof-of-stake promotion page is incredibly misleading.

They talk about people with USD100,000 worth of Ether able to lock up only USD80,000. The minimum required value at present is over USD180,000 worth of Ether. The majority of individuals with the capability to manage nodes will be severely limited. At present, it is limited to only 2% or less of the total set of owners. In other words, only the top 1–2% of all investors in Ethereum are presented with an opportunity to vote in the system or be paid dividends. The purpose of the 1933 act was to ensure honest reporting. But what we see in the proposal for proof of stake in Ethereum is incredibly misleading at best, and fraudulent is a better word.

Further, proposals to destroy deposits of validators that do not agree with the majority lead to numerous breaches of US security law. Any analysis of ETH as a commodity-based system disappears as soon as Casper is introduced and the system moves to proof of stake. The ability to destroy deposits creates an attack surface. An attacker can target individuals and systems strategically basing the attack against competitors who have a different view on the future of the coin.

The paper discusses the effect of exchanges acting as validators. Such a scenario is unlikely to be allowed due to the custody or risk posed through an attack on the exchange. An exchange staking ETH would place customer funds at risk and in error result in lost customer deposits. Existing bailment laws would preclude such a thing from happening.

The result is that even fewer large holders would be expected to operate.

An attack against the Ethereum network under proof of stake would be incredibly simple. The attacker would simply start by targeting and invalidating large holders that are acting as validators on the network. It would be expected that less than 1% of the existing network would be operating as validation nodes.

More importantly, the selection of coin age skews the system towards those with more money. Effectively, the proof-of-stake system acts as a sham consensus layer hiding the fact that a manipulated security is used to control an extremely centralised development system that acts as an unregistered company.

The creation of US securities law is designed to introduce a virtuous cycle of reporting and compliance.

The introduction of proof of stake would seem to be designed for aiding fraud and insider trading. Large holders are actively incentivised to run multiple validation systems and seek to manipulate the control of the system. In particular, insiders within the development teams will be able to actively manipulate the price. As with many proposals seeking to alter blockchain-based systems in order to avoid regulation, it seems to be designed purely with the intention of aiding an increasing control by a privileged few and hiding such an ability from regulators.

It is best to simply call it a proof of equity by a preferential voting mechanism. Large holders in a proof-of-stake system are weighted with more of a say. In any definition of a security, proof of stake fulfils all the requirements. It is a system that allows only a few early adopters and wealthy investors to seek control of the system through preferential voting rights whilst misleading the average small investor into believing they have a say.

Finally, it is interesting to note that Apple Inc. would be considered many times more distributed and decentralised than the entire Ethereum network. Voting is distributed between hundreds of parties or more in shareholder meetings of Apple Inc., and in fact, using common mathematical standards for measuring the decentralisation of networks, J.P. Morgan would be considered around 500 times more decentralised than the Ethereum network.

But then, it was only ever it seems a scam to fool low-end shareholders into investing in an ever changing system based on an ever increasing pool of new capital inflow.

Ethereum may be close to a commodity right now, but it is about to become a tightly controlled security (an equity where only a few large stakeholders vote). Where a security is fungible, the rules of the security aren’t affected by judgements made about the owner. With a non-fungible security, a system that alters the dividend payments (as we see for validators) is allowed.

The [Howey] test is whether the scheme involves an investment of money in a common enterprise with profits to come solely from the efforts of others. If that test be satisfied, it is immaterial whether the enterprise is speculative or non-speculative or whether there is a sale of property with or without intrinsic value.

With proof of stake, Ethereum will move to fulfil all of the requirements of the test. Yet, it is not registered…