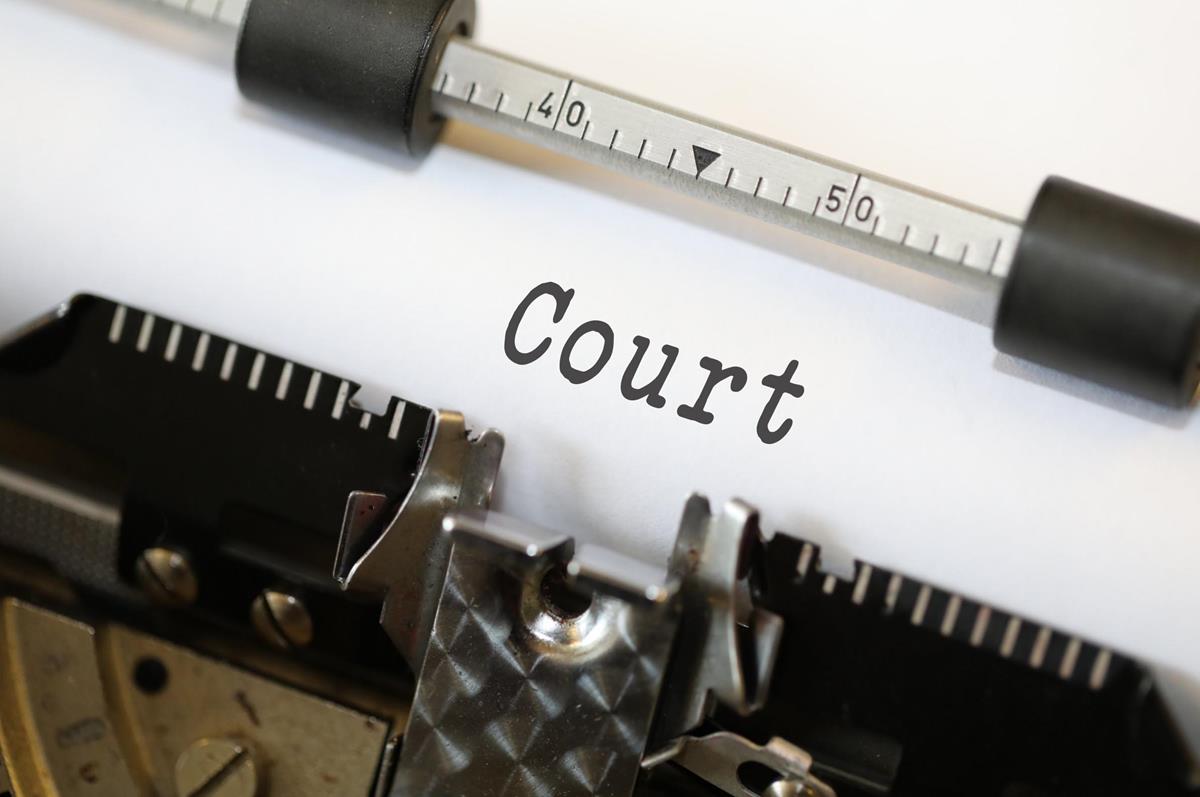 There is a lie that is propagated by those who seek to falsely claim that Bitcoin was created as an anarchist system designed to oppose government and banks. Such is the scam that tries to change Bitcoin into bit gold.

Decentralization is what allows Bitcoin to substitute an army of computers for an army of accountants, investigators, and lawyers. [1]

The entire purpose of such an attack on the nature of Bitcoin is to create a system that acts outside of law and which, unlike Bitcoin, is designed to facilitate illicit activity. In its goal, a group of developers and those seeking to promote Dark Web sites that disseminate illicit material have started the campaign to make people falsely believe that Bitcoin was about all users running the nodes.

In July 2010, I said how Bitcoin would evolve. It is not a system where every user has a network node. I explained the concept in section 8 of the original white paper. Nodes are not individual users but a function of the verification system, a.k.a. miners. There is the false idea that all users need to check a transaction to ensure validity. In my 2008 white paper, I wrote:

“He can’t check the transaction for himself, but by linking it to a place in the chain, he can see that a network node has accepted it, and blocks added after it further confirm the network has accepted it.”

The user does not need to validate every transaction. In fact, there is no point. If a node is not creating blocks, that is, it is not verifying and releasing solutions to the hashing problem, it is doing nothing on the Bitcoin network to aid the security of the system.

I explained the idea in further detail when I said that the design supported users being users. Running a node is an economic function based on the ability to profitably earn money. The more difficult it is to run a node, the fewer nodes there will be. In time, the system was designed to end with only a few large server farms being used to order transactions. There is a reason that my model of Bitcoin is attacked. And very simply, such is my model of Bitcoin. The concept that Bitcoin was designed to be a completely distributed system with every user running a node started with arguments made by people such as James Donald when they posited government control.

The error that many people make is thinking that I was ever designing a system that would act outside of law. Which cannot be further from the truth. The key aspect of Bitcoin, blockchain, leaves it with an immutable evidence trail. Simply put, the same part of the invention creates a system that cannot be validly used to create a truly anonymous but equally secure system.

It is, of course, why people in Core and those such as Greg Maxwell oppose me so vigorously. Decentralised is nothing more than a marketing term for crypto assets. The reality is far different. If we take the fork of Bitcoin, that is, Bitcoin Core or BTC, we see a system that actively promotes how it is decentralised. The truth is that a single group of developers sets the process and controls the system.

There is also a clear contradiction in how groups like Core approach the development of Bitcoin. In being able to falsely promote Bitcoin as being decentralised, many groups associated with illicit activities seek to increase the range and scope of laundering and illicit payments. They argue that government cannot stop Bitcoin. The reality is far from it. 75% of the hash power associated with Bitcoin Core exist within one country.

Core have falsely advertised how users would have power. The lie in such a claim is revealed as only those creating blocks get the vote on the validity of transactions within Bitcoin. The reality here is that a court action taken in the US with reciprocal enforcement through Chinese courts would result in a requirement for over 80% of the global miners and a larger number of wallets and exchanges to enforce a change.

As an example, if a class action from a hacked exchange or an instance where the keys were supposedly lost was to occur, a freezing order could first occur censoring any transactions and then later force miners to reverse or alter transactions. The false myth of “code is law” has been propagated to hide the true nature of Bitcoin. If, for instance, the US Justice Department determines that a ‘large’ Bitcoin address has been associated with illicit activity such as people smuggling, it can get an order in a global court to freeze the respective address. Many within the cypherpunk community will say how unfair it is and that they should not be treated as others. Yet, Bitcoin was never designed to act outside of law.

Such is the nature of the attacks that are happening against my reputation and which will be sorted within courts of law.

Bitcoin does not act outside the real world. It is not completely virtual. Bitcoin is not permissionless. At no point did I ever say so, not as myself using my real name and certainly not as Satoshi — my pen name.

People argue how I don’t understand Bitcoin; unfortunately, it’s the other way around. Government and courts in general can alter Bitcoin. A court order can force a transaction to be invalidated. A court order can change the nature of the blockchain and require that the UTXO set is updated. On hearing it, you will be told how it is not possible because all the nodes won’t accept it. My answer is simple: so what.

The nodes that matter are associated with businesses. All of them have real physical addresses, and all of them can be sued or charged with criminal offences. More importantly, an exchange or miner that decides to go against the dictates of the US court following anti-money laundering decisions will find itself cut off from global banking. To some, the argument will be about how they can simply use Bitcoin, except that such won’t be the case. Such a decision would isolate a company from the rest of the financial system and have downstream repercussions including the cutting off from suppliers and vendors.

When I created Bitcoin, I said that it was not something designed to bring about a socialist revolution where every individual gets to be equal.

Some have tried to twist my words, and say that the fleshed-out Bitcoin will be the Lightning Network:

In effect, such is the desire of people like Mr Donald and not myself. The Lightning Network does not act outside of law, and is not outside the effects of the real world. Other people have told me I’d have to go where the “bankcard network” does not go. In the coming years, people will start to see how much will has been pulled over their eyes as courts start to act. There is a reason that virtually every description of Bitcoin and derivative systems contains a section describing how decentralised it is; it is only the myth that slows down the interaction of courts in the determination of property rights within Bitcoin.

The only diffusion of power within Bitcoin comes from a set protocol. An immutable blockchain does not mean it can’t be changed. In accounting, many organisations, including all American public companies, have to maintain ledger records on read-only ledgers — which has been the case for over 10 years now. Yet all of the organisations are able to alter and change the ledger they maintain. The process is simple, you record the nature of the change. You don’t delete a record, you record a transaction saying why and how the record has been updated. It is nothing new in accounting. And it is something that is easily promulgated through courts and can be enforced by governments.

The truth of the matter is, miners exist in the real world. Mining pools and large mining companies spend hundreds of millions of dollars setting up their environments and facilities. If a court order was to come in, such miners would have two options: they could either stop mining on the chain where an order has been given by a court, or they could implement the change. There is no other option that allows them to keep mining and run a business.

If a miner decided to go against such an order, there are assets simple to seize. If an exchange decides to breach, it is simple to close. I’ve commented on it before, but Liberty Reserve was at its peak over 100 times more distributed than Bitcoin has ever been. Yet through a coordinated activity across 42 countries, assets were seized and the system was shut down. To stop an illicit system using Bitcoin, the government would need to know about the Bitcoin address and movements that are recorded publicly on the Bitcoin blockchain and issue a court order.

Coordination would be needed across a maximum of three countries at present. Bitcoin is not about allowing transactions that go outside of the purview of government. Such was always the aim of bit gold and not Bitcoin.

Unfortunately, many of you have taken the false idea that decentralisation was the core of Bitcoin and built a mantra of lies based upon it. In the coming 12 months, we will start to see actions by governments, and we will start to see just how paper-thin the false mantra really was. Bitcoin was designed to be honest money, and to be honest money, it cannot be anonymous.

Bitcoin is purely an economic system. The security of Bitcoin is economic in nature. Small transactions across addresses and templates that are under a threshold which makes them economically non-viable to chase will not be altered. But, large transactions across addresses will be. In time, people are going to start to see that the laws of tracing and following apply to Bitcoin.