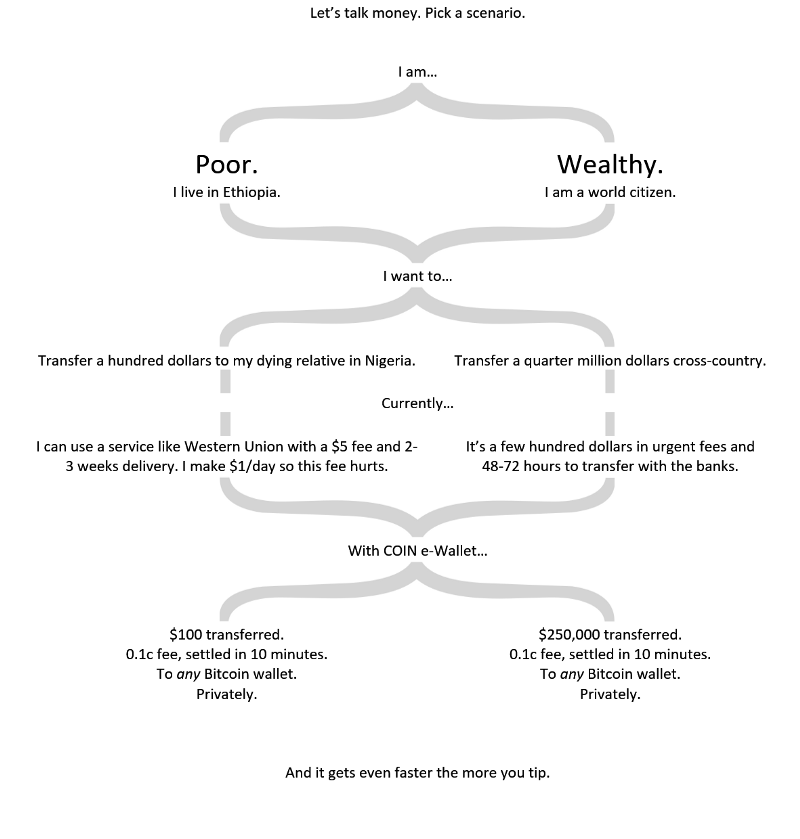 Early on, I created a system that we had awarded as one of our earliest patents.

After Mt Gox, it was clear that there is a need for a “Secure Split Key” technique — to build upon the Deterministic Key Generation technique that I have documented before. In order to address the issue of key management (including with exchanges), I created a number of systems that allow users and businesses to securely store a private key (such as for a digital wallet) in such a way that it cannot be obtained by an unauthorised party, but can also be reproduced when necessary. Titled “Secure Multiparty loss resistant Storage and Transfer of Cryptographic Keys for blockchain based systems in conjunction with a wallet management system,” the full description can be found in PCT application number PCT/IB2017/050829.

In summary, a commercial wallet based on a “Secure Split Key” or threshold system can secure a digital wallet, or another type of resource for that matter, by:

Therefore, different shares of the key or its mnemonic can be transmitted securely between different parties and then stored in separate locations. The key does not exist anywhere in its complete form until required, at which time it can be regenerated from a specified number of shares, e.g. using the 4S algorithm that was used to split it. No single party has the ability to generate the private key unilaterally, not even the user. Even if the user dies, becomes incapacitated, or loses the key, the other two shares could be used to access the funds by another legitimate party — e.g. an attorney, next of kin, etc. Alternatively, if the wallet provider is hacked, the key and thus the funds remain secure.

So, for example, a digital wallet provider could use the technique as follows in a ‘2-of-3’ scheme — i.e., there is a threshold of 2 shares required for regeneration:

Therefore, we have created a solution for securing a digital wallet (or, indeed, any other type of controlled resource) which avoids the risks associated with either storing a private key yourself or trusting a third party (such as the wallet provider) to do so. With such a technique (in combination with the Deterministic Key Generation in the first invention described above), no Mt. Gox-type hack would succeed in stealing bitcoins; a hacker would not be able to access users’ complete private keys, and could not steal their bitcoins.

Threshold signature:
There are many participants, and each one holds merely a share of the private key. Combining all shares, the transaction (tx) is signed. The result is the same as a single signature. The public key (for verification) is the same for all of them.

More importantly, the division of keys can be extended in script. Alice can have a 2-of-3 scheme where Bob has one key for the first key in a 2-of-2 script, and Bob may use a 2-of-3 scheme where Alice has one key for the second key. Together, they can both securely self-backup the other or even create a more complex system that enables the level of control they require.

Most critically, it is a system that allows for the generation of keys that are sent to the parties in the system sequentially merely once. The shares are used, and then a new key is created.

If you think it through, it also allows shares to be used by devices. Such can be the user’s device or such may be systems (such as an oracle or IoT controller) that act to sign based on a vote.

A user could have a shared-key system where one key is a simple pin-based derived key; another key root is stored on the device, and is stored securely; the third is a recovery root key, which can be locked in a safe or an escrow service.

When used on a web-based wallet, the online system would not need to have the user’s entire key, and yet could act to recover lost bitcoin and tokens.