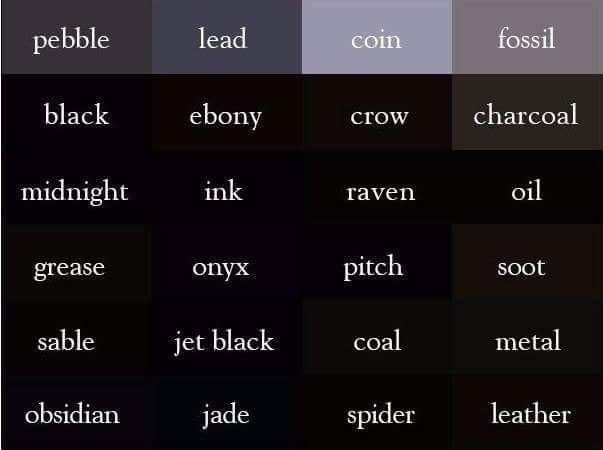 If you believe the government cannot stop any cryptocurrency, you’re deluded.

Bitcoin will work because it stays within law in a manner that allows most nations to set policies. Bitcoin doesn’t help corrupt governments; to such governments Bitcoin would be their worst nightmare. But when a country follows the rule of law, the one of accountability, open government, accessible and impartial judicial resolution, and stable just laws; Bitcoin can help promote a better society.

If you trust in yourself. . .and believe in your dreams. . .and follow your star. . . you’ll still get beaten by people who spent their time working hard and learning things and weren’t so lazy.

It is not an anarchist system — nor one that allows people to breach the rules that are set to create a stable world.

Where people can bypass the rules of their government and act as criminals, trade and the economy shrink. It is not the introduction of banking that causes business cycles, it is the imposition of rules that change partway through the game causing uncertainty coupled with fraud and crime. Schumpeter discussed the nature of business cycles demonstrating in part the capitalist forces of destruction that bring change. Yet, such is but a small part of the cycle and is rarely unable to be predicted. The majority of the loss, because of the pump and growth and the subsequent collapse with all of the inherent loss that is attached to it, lies not in the dynamical change of the capital system but rather in the associated fraud and crime that come with the misunderstood change.

There is no system that cannot be stopped. Bitcoin can work as it works within the rules. E-gold, DigiCash, Liberty Reserve, and many others have tried one and the same thing in the past; they have allowed people to bypass anti-money laundering (AML) rules and facilitated crime. All of them have been stopped. Bitcoin needs to act within the rules. If it does not, then the exchanges and systems that allow people to use Bitcoin act to stop it being widely used and disseminated and criminalise all of those in the system.

If Bitcoin or any other monetary system seeks to act outside the rules, it becomes an outlaw system, and once it does, it is easy to stop. The majority of people want rules. They don’t want to fight in a world of uncertainty, and want to know that the contract that they have conducted will remain valid not just now but throughout the term of the exchange — for which we need rules.

When a system includes exchanges that act outside the anti-money laundering (AML) provisions, it is simple to stop. Liberty Reserve and e-gold acted outside the rules, and they are no more. In coordinated takedowns, the criminal-friendly organisations were stopped dead in their tracks. Individuals were prosecuted not only in the US but in over 30 countries. In fact, with Liberty Reserve, individuals were prosecuted by the US in a country that did not have an extradition agreement or treaty rights with the US. It is important to understand that facilitating crime is a dead end. You cannot create freedom through crime and fraud and money laundering.

I designed Bitcoin to be a system that worked within the rules.

It does not matter how many countries an illegitimate bucket-shop organisation may choose to jump through in a vain effort to find a temporary safe harbour; such criminal groups will always end in legal sanctions.

I designed Bitcoin in a way that ensures that groups such as Binance who seek to facilitate money laundering and crime will always fail. They defraud you in telling you that they are decentralised and cannot be controlled. A blockchain is only decentralised when the developers and those in charge of the protocol cannot change the rules. Bitcoin is a system that was set in stone. If the protocol is changed, then it shows and demonstrates it is not Bitcoin. When those involved altered the rules, they impacted their entire ecosystem — it is a centralised power structure. They defraud you when they lie about decentralisation and tell you that they have no ability to change things but then alter the rules. When those in power are able to change the protocol, they can change the lives and the finances of those involved in the system at an arbitrary whim. It is why BTC is not Bitcoin.

The developers behind BTC are seeking to make the system more friendly to crime. They are actively building changes that will make BTC more anonymous and take it further away from the path of Bitcoin. The same developers seek to create a system that will allow fully autonomous ransomware that will never lead back to the developers, allowing criminals to take money and exchange it for other funds with impunity. They think the fact that they are on a blockchain will allow them to do so and that they will be able to do so without government being able to shut them down. They are deluded.

Where a blockchain does not follow the rules, whether developers or other invested parties can alter the protocol, it is simple for government to stop. When the action happens, as it did with e-gold, everything invested in the system will vanish in a flash. When BTC disappears, it will not disappear slowly, it will disappear in moments.

When this occurs, know that there are individuals responsible as it is not decentralised. Core and Blockstream set the rules. They issue the code, and allow it to be changed. As such, they are in control, and they are liable for the loss. If you hold BTC, when they make a change and the price plunges because it is now an illegal asset, and when the changes occur that make BTC cross the line that will force the US government to take action, as they will shortly with other assets such as Monero and Zcash, understand you have a target. The developers are all liable, and can be held accountable for your loss.

This is part of decentralisation. Where a developer has power, he remains liable. It is only on a fixed protocol where those involved act within the rules, but the rules allow people to act outside of liability.

Bitcoin gives us the ability to more directly focus government to deliver a just result. With information, we can create a system that is fair, open, and honest. A system where all individuals are accountable and unable to alter the records used within the system, allowing us to review and audit and hold those involved accountable. Which is what many fear. In a good system, it is government and privacy which form a system, and it is only where fair rules are enforced where all are equally accountable under the law. Such is what I sought in creating Bitcoin.

It is a system that allows all people to view the laws and take action. It is a system that rewards those who participate and gives no excuses when others fail to act. In such a system, it is only where fair rules are enacted and administered through an engaged population that we can be certain of the world that is open and equitable for all. It requires work. We cannot sit on our laurels or even expect others to deliver when we choose not to engage.

Bitcoin, importantly, allows free government to compete. I did not want a system that would block any country from enacting rules that it saw as being fair and that did not impede those of another country. I wanted a system where a country that allowed gambling for its citizens, which another may consider immoral yet is common practice in the respective society, would be able to engage in such activity. A system that does not encourage activities that represent legal (but some would say immoral or illicit) activity underground which promotes and breeds crime is to be desired. I sought Bitcoin as a means of bypassing repressive legislation allowing countries to compete on their merits.

Bitcoin does not remove the need for government, nor of courts. It enhances them, and gives the power back to the people who act within such a system. Where the people of a system can impose constraints on their government and limit the powers of the forces within them, we can seek to be free. Where there is absence of corruption and the ability for individuals to audit the records of government and organisations and bring sunshine and light into the accounts of businesses, government organisations, and commissions, we have the ability to be free.

Where informal justice can be conducted in a manner that acts within the laws allowing individuals to negotiate settlements and solutions through arbitration and mediation without having to always resort to the courts, we have a chance to be free.

Bitcoin does not help money launderers. It does not help corrupt officials. It does not help those wanting to stop the vote of the majority in a population, nor the corrupt who seek to manipulate results for their own ends. In Bitcoin and the system that I brought into being, we have a chance to be free.

But if we want to be free, we cannot just trust in the system, nor can we just believe in our dreams. If we seek to be free, we need to work and study and learn. In doing so, we can find a path in the pursuit of happiness. It is not a promise, and it may not come to fruition, yet it is a path we can follow at a high cost. Freedom comes at a cost, and if we want to build a world that we want our children to live in, then we need to work to create and not rely on the effort of others.

Possession of a key is not evidence of ownership. It was never the intent of Bitcoin. It is the intent of people like Greg Maxwell, James Donald, and others who seek a system that acts outside the law. If you have a stolen asset, possession doesn’t make it yours. It applies to Bitcoin equally. If bitcoin is stolen through stolen keys, they do not give the receiver ownership. They do not act as proof. In monetary law, money is fungible and transferable only when it is exchanged without knowledge of fraud or malpractice and for good consideration. It is critical. To be money, Bitcoin does not rely on the mere possession of keys, which is the aim and desire of those seeking a new version of Liberty Reserve coin or e-gold. There are some who will tell you that the mere possession of a key is definitive evidence. They are avoiding the rules of evidence and courts, and seek to alter their nature. They seek a precedent and to change the narrative to one that favours a more anarchist approach.

I will sign after I have definitively proven I created Bitcoin. Not before. The problem with the so-called “experts” is that they have no expertise. They seek to create a narrative and change reality such that it aligns with their beliefs, and believe that doing so will make them experts. Bitcoin is not bit gold, and it never will be.

‘Doing anything you want’ is not a system that is free. Freedom comes within society, and it comes with rules.