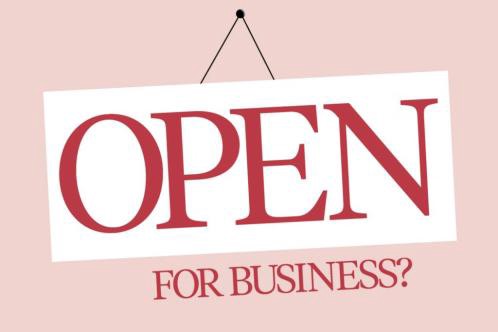 We have a fundamental flaw within the developer led model of Bitcoin. This problem is the same in many aspects of software development today. We like to argue that we need to change and alter a system with the latest fashion and whims. The Silicon Valley mythology of App development has infiltrated into the idea of sound money changing the primary concept of Bitcoin, that of stable money into the “Shit-Show” of Ethereum. That is Pivot and change and pump and alter.

This idea of the frequent pivot to software cannot be further from the truth when it come s to electronic cash.

As Sun Tzu stated, it is well suited to the field to know one’s self as well as one’s enemy, but this means we need to start to understand each in their own way. This is flaws and all.

The design of a protocol is a function of the system and organisation it is designed to deliver and it is always an economic function. Bitcoin, is first and foremost cash.

There are no absolutes and what is “cool” is rarely the main concern. As much as there are ICOs and “Cool” ideas about Bitcoin and the fashion of the day, these are of far lower concern then the simple issues constantly confronting us. This goal is simple. It is stability and the creation of a platform and protocol that others can use to create Apps and high level languages and use-cases that need an immutable ledger.

Again and again we hear tails of decentralised Apps and more in the News. We as P2P Electronic Money “professionals” help and aid in the propagation of this myth. The truth is that it is the boring mundane things that really make the true difference.

Bitcoin is money, and the end goal is to make the protocol as boring as the global plumbing it reflects.

Patching, scaling and other simple and mostly overlooked controls are of far more use than the majority of cool toys being pushed on us.

That stated; these are things that really make a difference.

When “we” as an industry finally start to look at and address the real issues, then and only then will we start to make headway. Only then will we manage to gain a foothold against a rising tide of scams and waste.

In information security, for all of the news of new attacks, of zero-days and more, it still remains the systems that have not been patched, the applications that we have allowed off a white-list and poor practice that cause most compromises and breaches.

When we think of critical infrastructure attacks, it is the simply wrong belief that these systems are OK as they are and that these do not need to be patched that leaves them vulnerable. It is the failure to have basic controls and updates, not the growth of new forms of attack that places these systems at risk. This is along the lines of what we need for Bitcoin, to lock the base protocol and then patch and monitor it for any needed change.

Why? As Bitcoin is money and that makes it a form of critical infrastructure.

I have been told that “old attacks” do not matter and that these could never be used to attack anything. This is the problem with the information security industry and it is a problem in the development of Bitcoin. Old attacks work. New attacks cost money. APT and zero-days are expensive to both create and deploy. They are the proverbial nuclear weapons. Once they are used, they are depleted. They may be used, but the use is extremely controlled and limited. For each of these, there are thousands of not millions of conventional attacks. This is attacks using old vulnerabilities.

Bitcoin needs to be trusted. To ensure that this is the result, it needs to be seen as boring. Banks used to use Greek and Roman frontages. This classical form of architecture was used to convey stability. That is what Bitcoin lacks. We do not need “cool” projects. Developers want these as they help pad their CV. What the world wants, what the market for money wants, this is just boring, stable and sound money. A platform that does not change and can be used with expectations of 20 to 30 years of stability.

So, Bitcoin needs to be plumbing.

If we leave the basics of developing Bitcoin as a stable platform that is designed as P2P electronic cash for that which is “cool”, fun and trending, we have left the path to creating scalable and secure systems and left ourselves open to attack and lost the focus of what Bitcoin is designed to deliver.

It is about creating resilient systems that can survive as a global monetary system, as cash. If you aim for perfection, you aim to always lose.

To build a platform, you set the system in stone. Sound, stable and predictable. This may seem boring, but, this is the ideal. Bitcoin works when most people see it as boring. When it is not cool. When, it is simply cash.