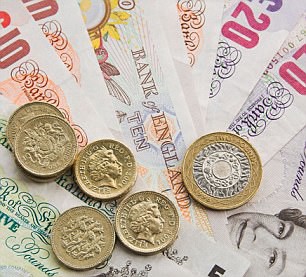 Continuing the look into the use of Bitcoin (BCH) as money we look at the legal definition of “money”. In particular in this piece, I will look at money under the Australian law, and later take this to incorporate UK and common law definitions in subsequent posts.

In Travelex Limited v Commissioner of Taxation [2008] FCA 1961 (Travelex), Emmett J made observations regarding the “money” (including the subsets of “currency” and “legal tender” — refer to discussion below).

With respect to the term “money”, Emmett J stated that (at paragraph 25):

It is also clear that there is no need for “money” within the ordinary meaning to be tangible property (e.g. coins and notes). Rather, “money” is an abstract concept determined by reference to its use as a medium of exchange, and common consent and conduct. For example, funds held to the credit of a person in a bank account and which is transferred to another person would clearly be considered to be a transfer of “money”.

Another feature of “money” to be noted is the “negotiability” (i.e. ability to transfer ownership or property in money by delivery) of “money” — see discussion below.

In Travelex, Emmett J observed the following regarding the term “currency” (at para 24):

In that regard, the term “currency” may have different usages in relation to money. In the sense in which I have just used it, the term is a synonym for the medium of exchange itself, namely, coins and bank notes circulating in a particular polity. In another possible usage, the term refers to a characteristic feature of the proprietary regime that applies to money. That is to say, the full force of the general rule on derivate transfers of title does not apply to title to money, in that title to money is exempt from the maxim nemo dat quod non habet. In that regard, currency refers to the negotiability of money, such that, as a general rule, the right to money is inseparable from the possession of it. Where coins or bank notes are delivered in payment of a debt or for the provision of goods or services, it is not incumbent upon the recipient of the coins or bank notes to enquire into the title of the payer. Not only possession of, but also property in, coins and bank notes passes by mere delivery, irrespective of the title of the payer (see Miller v Race (1758) 1 Burrow 452 and David Fox, Property Rights in Money (Oxford University Press: Oxford, 2008) at 265–6 and the authorities there cited).

In the Macquarie Dictionary, “currency” is defined as:

1. that which is current as a medium of exchange; the money in actual use.

2. the fact or quality of being passed on, as from person to person.

4. the fact or state of passing in time.

5. circulation, as of coin…

Thus, in a narrow sense, the meaning of “currency” refers to coins and paper articles used as “money” in a country by a government. But, in a broader sense, “currency” may be synonymous with “money” in that it also refers to the negotiability of “money”.

In this regard, it should also be noted that some currencies are used and accepted outside the country or region of issue (e.g. US dollars, Chinese Renmenbi in Hong Kong).

In Travelex, Emmett J observed (at para 27) that:

Legal tender is concerned with the prescription of that which is, at any particular time, to be a lawful mode of payment within a polity (Watson v Lee(1979) 144 CLR 374 at 398). Legal tender is such money, in the legal sense, as the polity defines in legislation that organises the monetary system. Accordingly, those tangible objects, which might otherwise be goods, that are legal tender necessarily have the quality of money, although not all money is necessarily legal tender (Charles Proctor, Mann on the Legal Aspect of Money, Sixth Edition (Oxford University Press: Oxford, 2005) at 66).

The Macquarie Dictionary provides a similar definition of “legal tender” as:

“Money” within the meaning of the Australian GST law

(a) currency (whether of Australia or of any other country); and

(b) promissory notes and bills of exchange; and

(c) any negotiable instrument used or circulated, or intended for use or circulation, as currency (whether of Australia or of any other country); and

(e) whatever is supplied as payment by way of:

(i) credit card or debit card; or

(iii) creation or transfer of a debt.

However, it does not include:

(f) a collector’s piece; or

(g) an investment article; or

(h) an item of numismatic interest; or

(i) currency the market value of which exceeds its stated value as legal tender in the country of issue.

It is noted that the definition of “money” in the Australian GST Act uses the word “includes”. In Pearce & Geddes, Statutory Interpretation in Australia, 7th Edition (LexisNexis Butterworths, 2011) at 6.61 it is observed that:

Use of expressions ‘means’ and ‘includes’

It is usual to find one or other of these expressions where a word or phrase is being defined in legislation. The orthodox and, it is submitted, the correct approach to the understanding of the effect of these expressions is that ‘means’ is used if the definition is intended to be exhaustive while ‘includes’ is used if it is intended to enlarge the ordinary meaning of the word…

Thus, it is clear that “money” for the purposes of the GST Act (and the GST law) expands upon the ordinary meaning of “money”, and is not intended to be exhaustive. For example, the GST-Act definition includes “payment by way of credit card”, which may not under a strict interpretation be considered to involve a transfer of “money” from the debtor to the creditor (rather “payment” by credit card involves a novation of the debt to the credit card issuer, and a right for the creditor to receive payment from the credit-card issuer at a later date).

The GST Act definition also makes it clear that “money” (at least for GST purposes) need not be tangible property.

The terms “currency” and “legal tender”, although used in the A New Tax System (Goods and Services Tax) Regulations 1999 (GST Regulations), are not defined in the GST Act or the GST Regulations, and as such would take their ordinary meaning for GST purposes.

“Money” within the meaning of the income-tax law

Further, in Commissioner of Taxation v Resource Capital Fund IV LP [2013] FCAFC 118, a case concerning the meaning of “money” for the purposes of s255 of the ITAA 1936, it was accepted by Gordon J (Allsop CJ and Jagot J agreeing) that:

Section 995–1 of the ITAA 1997 contains the following definition of “foreign currency”:

Otherwise, “currency” and “legal tender” are not defined in the Tax Acts, and as such would take their ordinary meaning for income-tax purposes.

Bitcoins are used as a generally accepted medium of exchange in real-world transactions, and are being increasingly accepted by businesses;

Bitcoin does not need to be “currency” issued by a country nor “legal tender” to be “money”;

Bitcoin has the character of money by common consent and conduct by businesses and consumers.

Bitcoin also has the quality of negotiability of “money” and, in a broader sense, “currency”, in that “ownership” of bitcoin value is transferred through a transfer of bitcoins from one Bitcoin wallet to another in a transaction. It is also clear that ownership of bitcoin value is valuable in real-world currency terms.

The quality of negotiability possessed by Bitcoin also makes it clear that bitcoin is a form of intangible personal property. As observed by Dr Rhys Bollen, Bitcoin…

Further, the developments in Germany, Switzerland, and the UK as discussed at 2.3(a) above indicate that inevitably Bitcoin will be formally accepted as “currency” (i.e. foreign currency) by governments around the world, if indeed it is not already considered to be so.

There is also United States jurisprudence indicating that Bitcoin falls within the ordinary meaning of “money” and perhaps “currency” in Securities and Exchange Commission v Trendon T. Shavers and Bitcoin Savings and Trust, Case №4:13-CV-416 (E.D. Tex)[2] (SEC v Shavers). SEC v Shavers concerned charges made by the U.S. Securities and Exchange Commission (SEC) against Mr. Trendon Shavers, accusing Mr. Shavers of using Bitcoin to run a Ponzi scheme. Mr Shavers sought to dismiss the charges on the basis that the bitcoin investments offered by his business were not securities within the meaning of U.S.-federal securities law as Bitcoin was not money.

In his decision finding in favour of the SEC, Magistrate Judge Amos Mazzant stated: