Home » Bitcoin & Blockchain Tech » The 51% Attack That Never Was 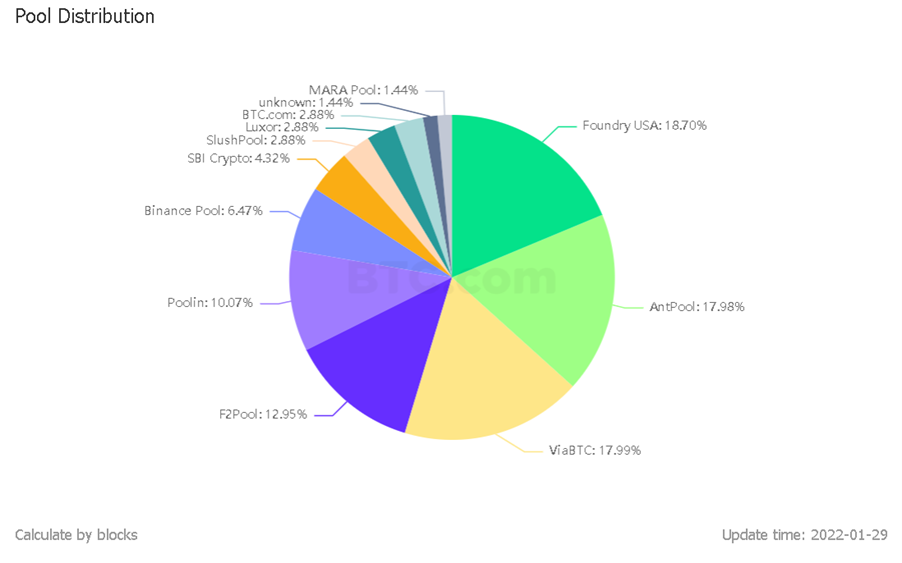 The 51% Attack That Never Was

There are widespread mythologies concerning supposed attacks against Bitcoin (Bindseil et al., 2022), including ones that are promoted by people in the industry. The reality, though, is starkly different. Today, I will start demonstrating the flaws in the arguments that are often made. I will begin with the mythical 51% attack. I refer to it as a mythical attack as it is described completely erroneously. While there are theoretical attacks, the reality is: such attacks are the same as in any system run by any network.

In this article, I shall endeavour to explain what a 51% attack is, how it relates to existing systems, and how, like many aspects of Bitcoin, it is being maligned by industry ‘pundits’ seeking to promote a system different to Bitcoin in many ways. First, I will say again, Bitcoin is designed as a system that will provide scalable digital or electronic cash. That is, low-cost, fast transactions, with value. The purpose of Bitcoin lies not in decentralisation. As I will explain in this article, the purpose of Bitcoin is achieved through some level of distribution systems. It is for the same reason that in fact, there is no 51% attack.

There are no differences between the control of a company and the control of the blockchain network when it comes to the ability to perform certain actions. But, even if a node on Bitcoin gains more than 50% of the network consensus mechanism, not all actions are possible. For instance, no level of control of the consensus methodology allows any node to change the protocol. If a node controls 99% of the network hash power, it cannot steal transactions, and it cannot change a signed transaction.

If a node attempted to “fork” and run a separate protocol, it would be isolated from the network. The majority of people on the network would not see the other network. The mythology here is that Bitcoin forks. It doesn’t. People create alternative versions of Bitcoin, and pass them off as Bitcoin. They form a separate system and pretend and mislead and deceptively tell you that it is truly Bitcoin when what you are really doing is installing alternative software.

So, the question that remains is, what is a 51% attack?

A 51% attack is any attack carried out by a known entity controlling the network. For instance, if the Bank of America decided to remove all money from all their client accounts, such actions would present a form of attack—a 51% attack. In reality, it should be termed a ‘controlling-entity attack’. If Facebook wishes to ban a user, it can. The distinction being missed is that Bitcoin is not a system run by a single entity. The BTC network is, but that is a separate issue, which will be addressed in a later post. Developers set the rules.

If two nodes exist on the network and are exactly balanced, the system is already distributed, and neither holds control. If either party seeks to cheat or delay things, the result will be that the other node will account for more transactions and take over. Yet, when three or more nodes are controlling the network, the distribution of power is such that as any one node attempts to suppress transactions or allow people to ‘double-spend’ illegally, they will be instantly blocked.

While there is a balance between the number of nodes when there are three or more, economic costs mean that marginal benefits will be negligible at some point. Eventually, they become a cost. For instance, the cost of sending information between nodes is sufficiently low even when there are ten nodes, so it should not matter. Conversely, in the case of a thousand or more nodes, the cost of distributing outweighs the cost benefits of having extra nodes. The system is self-adjusting and, as such, does not require people to choose how many nodes will be in effect.

The truth is very simple: any network, company, or system run by a single entity is bound by some of the actions of such entities. Which does not mean that any such actions are unlimited. If, for instance, the Bank of America or Visa steal your funds, you have the right to take action against them. Part of the problem lies in evidencing the theft, which is not an issue with Bitcoin. In Bitcoin, the transaction is either processed or not. When a double-spending attempt occurs, it is the same as a cheque that has been presented against the same monies twice. In each case, it requires an action that leaves evidence.

For instance, if 50% of a blockchain network is run by three nodes (the BTC network, Bitcoin, and Ethereum follow the same model), then checking with those three main nodes, who are publicly known, provides assurance. If the nodes allow a double-spending attempt, they should be held liable for any loss. The process does not require that they are a trusted third party. In conducting a transaction, Alice transmits information to Bob, whom she is paying. Bob then settles the transaction on the network, by sending it to the nodes. The original construction of Bitcoin, with IP-to-IP connectivity, is based on such a model.

The difference between Bitcoin and other systems is that using Bitcoin, Bob retains evidence that may be used against both Alice and the node operators. If a node processes the double-spending transaction, Bob can now record the fact that a deception has been used against him. If there are three nodes on the network, and Bob has checked with one of the three nodes, a node is obliged to act and process the transaction Bob provided.

Nodes have been defined in my white paper (Wright, 2008). One part of being a node and being paid for providing the services to the network involves the requirement to propagate all transactions to all nodes. In other words, if Bob receives a transaction from Alice and then sends it to the network, the node he sends it to is obliged to inform Bob if the transaction has been spent before. Suppose there is a double-spending transaction, or the equivalent of cheque fraud. If Bob now checks with two nodes out of three, Bob is guaranteed that his transaction will be accepted.

If the same two nodes do not process the transaction, Bob can take action against them. Bob doesn’t need to trust them; he knows that they will either act in his favour or be shut down. More importantly, if there is a distribution of three or more nodes, Bob knows that by checking with any two nodes and being informed by the majority that his transaction has not been seen before, even if the third node chooses to try to cheat, a double-spending transaction will be rejected.

One misconception associated with Bitcoin, and other systems derived from it, is that the network operates outside the law. Bitcoin does not remove all trust, nor does it remove all intermediaries. The term ‘trusted third party’ is a financial intermediary specified in English law. Such parties are individuals that have a fiduciary duty. The control of the network is split between the nodes, which operate the network as agents of the system, and the developers, who can change the system.

Back to the Myth…

The reality is that a system doesn’t need to be perfect. Innovation can be incremental. Bitcoin was not designed to replace banks or governments or to overthrow the existing system. Rather, Bitcoin is incrementally better than any existing system. Concerning the protocol, the fact that the protocol doesn’t change is key to not having a trusted third party. No methodology exists that allows third parties who are developers to update the protocol through a global consensus of users.

If the protocol changes in any way, the control of the protocol lies in the hands of a small group of individuals or a corporation. The control of the network can be monitored. Blocks are broadcast. Consequently, the large companies that run the Bitcoin network, or any other blockchain system for that matter, can be audited globally. The system does not require that every single transaction is distributed to every user. Rather, it requires that individual users retain the evidence they need to prove their case. Here, the block headers have to be widely disseminated. If the block headers are not disseminated, we are not talking about a blockchain.

The existing system is a closed ecosystem without evidence. There are no existing methodologies to audit corporate accounts adequately. If money goes missing from your bank account, proving the existence of such money can be difficult. It may be necessary to validate transactions across time, and if the bank does not digitally sign them, you may not have the evidence required. While possible, it is difficult.

Here lies the 51% attack, where a single company can act. It is the existing scenario around the world, the status quo. Right now, every bank is an individual agent responsible for the actions of employees and others. They use a form of database that is rather insecure and that can be changed. At the same time, people with inside information and who work for the organisation perform a range of activities that can cause problems for the users of the system. In part, this is why we have seen so much fraud and deception throughout the world.

Bitcoin changes the scenario. The worst-case scenario involves a single controlling entity, which is no different from any other system today. Yet, Bitcoin still presents an improvement. Even with only one node, every transaction can be audited, and there is evidence that can be used in court against the node. It is also impossible to hide a node at scale. There is no anonymity in Bitcoin mining when you have control of the network.

Nodes cannot change transactions. Yet, Bitcoin is not about allowing illegal transactions. The concept of ‘censorship resistance’, when related to violations of anti-money laundering (AML) guidelines, has no place in Bitcoin. Rather, Bitcoin could always stop transactions flagged by law enforcement. Every single blockchain can. If somebody tells you that you cannot filter transactions on a blockchain, ignorance or deception would be two explainations. Some people are ignorant, which is not an excuse. Everyone else is deceiving you.

So, the worst case in any blockchain system is one analogous to existing corporations, with the difference that a blockchain provides a perfect record of all changes, which can be used in court. If a double-spending effort occurs, Bob will have the transaction from Alice, which can be used to take action in court against the miner. Bitcoin is not a system created by anarchists. It is not a system created to take down banks. It is not a system that acts outside the law. Rather, Bitcoin is a system designed to work within existing legal frameworks and reduce fraud.