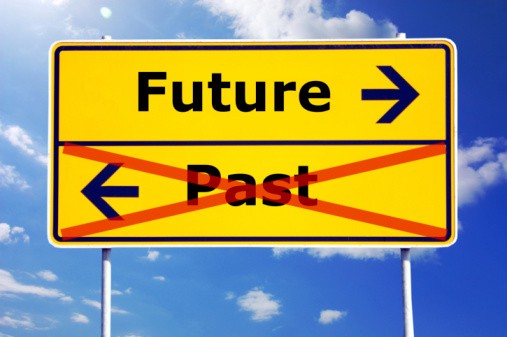 I have spent a lot of my life being angry. The drive and passion in me that drive the creative spark have many sides. It is not just Bitcoin. I have been saying that risk and security are economic quantities for a long time (1), and it has coloured my reactions.

My beginning was not humble; to have had a humble start, I would have needed more. It was at a point where I would envy the welfare families. My mother was a working single mother. She is an amazing woman.

In my early 20s, I was treated for a late-stage cancer. It was not pleasant, and it left me failing in my first degree. At the same time, I was far too proud to ask for help. The university would have given it, but I always needed to do things my own way. I did continue studies when I recovered, but at a far less prestigious institution than that of the Sandstone buildings I had left.

Facing death multiple times in youth changes a person. Some are broken, others have to prove something. For myself, it was always the latter. With the hard work and effort of my team, my ideas are coming to fruition. There is so much more to do, and I honestly see it taking decades still, but I also see a way to make it a reality now.

I have a team I would never have imagined years ago now. My company and those I rarely mention in it are all and more than I would have desired. I am proud of the team we have all created and the effort they do to make sure we create the dream they have come to see.

I work with my team in a manner that allows us all to survive and create. It cannot be said otherwise, I am not easy to work with. Everything needs to be done a month ago. Though I am not as bad as I was.

When Dave died in 2013, I grieved for years refusing to face it. Dave and I had worked together for years. He edited a lot of my papers, and helped with some of my businesses. I had been involved with a number of gaming operations following my work setting up Lasseter’s Online in the 90s, and we (Dave and I) had worked jointly after the US government restricted payment operations in 2005.

It was for that reason that we started using Liberty Reserve. Dave and I had a number of companies in Panama and Costa Rica that serviced the gaming industry (only licensed ones), and we did not repatriate the money. I figured that if the NAB and Westpac (two of the top 4 banks in Australia) had ties to Liberty Reserve, then we would be OK. Then, in these matters, the US flouts a large number of international laws, and extends past its own boundaries. This is a part of what Bitcoin is about; there are legal industries that are controlled and pressured.

In March 2013, the US seized Liberty Reserve, and it was closed completely in May 2013. I had restructured to start repatriating the funds we held from Costa Rica (which would have resulted in taxes payable to the Australian and US government). In early April 2013, I had a fight with Dave. Money was tight for both of us. Bitcoin was not easy to sell at that point, not in any quantity that mattered. That fight was the last time I ever spoke to Dave.

Later in 2013, Hotwire PE took off, and was going well until the 2014 Bitcoin crash. Even though I could have allowed HWPE to just go into liquidation, we paid the debts. 100 cents in the dollar. Some wanted more than that, but sorry… 100% is all I am willing to return.

I have more papers, more patents, and I will work on them and make Bitcoin all it was supposed to be. It is not a system to allow drugs, but one to allow people to take control of their own lives. It is a system based on honesty, of work and effort. It is not a system of privilege, but of striving.

Bitcoin allows us to have a system of truth; where those seeking to break the law can be tracked and brought to face justice; where those who seek to benefit from the suffering of others can be traced and caught. It helps honest businesses. It allows for fair taxation, and protects those who are in countries that do not have the institutions we have in the West yet.

It has been a long and difficult road, but my family who you will not hear of publicly have been my strength, and have allowed me to get this far.

I thank my team and my family.

It has been a long road, and it has taken years to come to this point. That said, we have the anarchist and criminal element out of SV, and they will not be back. We build for honest business, for commerce, and for hard working families. It is a long road ahead, but finally, for the first time…

The road is clear.