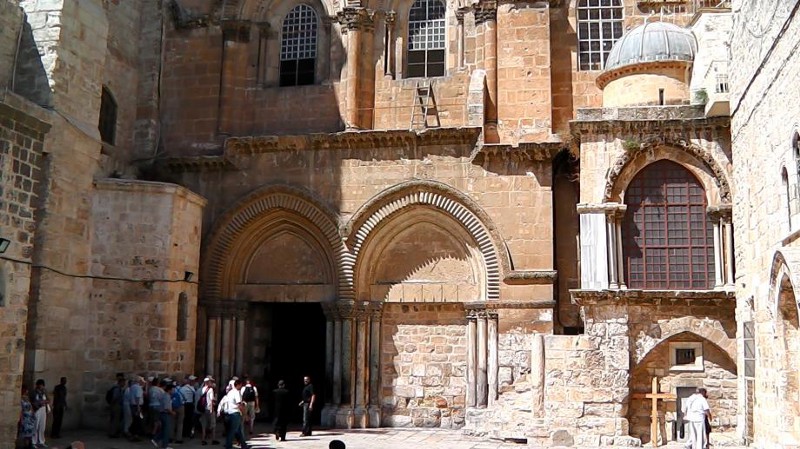 Many people in the bucket shop, sorry, “crypto currency exchange” industry want to see me gone.

So, while a few industry players are trying to learn how to swim in this pond and inventing single use limited patents and intellectual property we create new technology that will radically change everything.

In fact, I see some of the patents that we’re developing leading to thousands of applications each.

So the truth of the matter is that I am not going anywhere.

I won’t be out of this industry in 20 years time. You see I don’t intend to retire. You have no idea how much we have been doing in the background. As you have been hiding and calling me names, I’ve been building and creating. In a couple years time we will have a system that can take the entire world’s global commerce and every other blockchain and run it without missing a heartbeat. More importantly, we have ways to stop all the not so fun systems, the scams in the bucket shops. I expect them to cry, to call foul to do anything in their power to stop me but the fact is that they missed their opportunity. Bitcoin is here to stay. Real bitcoin, not the temporary fraudulent system that people try and call bitcoin (BTC) but bitcoin. You see, bitcoin is a stable protocol. If you change the protocol, you change it from being bitcoin.

Please bet against me.

Pretty pretty please. If you are someone like a Binance supporter, please bet every cent you have, and add leverage with all that you can possibly get and bet more. I want you to, because I want you to be begging on the streets with all the criminals that are going to be out of jobs. I want you to learn, criminality does not pay.

“If you trust in yourself. . .and believe in your dreams. . .and follow your star. . . you’ll still get beaten by people who spent their time working hard and learning things and weren’t so lazy.”

I know this seems a little bit strange for a few people, but bitcoin started in its current iteration in 2007. That is when I knew that I could create the system that we have now. By the way, that system is not the fraudulent system that some people call bitcoin that is traded as BTC. That broken busted (BTC — core) thing is nothing like bitcoin.

In 2007, there was no housing crisis yet. That came later. So you see, although everything had been set in 2007, it wasn’t until 2008 that things started to come to a head. At that stage, bitcoin was basically complete. So, I’m sorry to “burst your little bubble” but bitcoin has nothing to do with the collapse of Lehman Bros nor with the subsequent bailout. Unfortunately, that was badly timed. The reality is bitcoin is not anti-bank, it is not anti-government and in fact it is not even anti-central bank. Most importantly, it can’t be made to be.

One thing bitcoin was created for is to end the manipulation of financial systems. This was never what we see in the west but rather criminal manipulation. It was designed to ensure that Web Money, Liberty Reserve and a group of criminals associated with things such as the Russian Business Network (RBN) were the real target. In 2007, the RBN had a number of ISPs pull the plug. Others such as RX Ltd Trading a bit longer. They survived because of the growth of Liberty Reserve and associated money-laundering organisations. Bitcoin was created as a means to ensure an immutable audit trail. In time, this will be linked to logins and much more. To start, it provides an anti-money-laundering trail that cannot be altered. This is enough to ensure privacy while also ensuring that anonymity cannot exist.

The reality of bitcoin is that it creates a system that stops many of the problems we’ve had in the world. Right now, the Russian government avoids sanctions. They are building their own network but the truth of the matter is that they still rely on SWIFT. The big problem here is that SWIFT is terribly insecure and very simple to bypass. So, imagine a system that is immutable that even governments can’t bypass. One that pulls them into order. One that stops criminal activity as it can be traced, tracked and those violators brought to justice.

“SWIFT is the electronic bloodstream of the global financial system, cancelling Putin’s credit card could have far reaching consequences for the Russian economy as Iran discovered when scores of its financial institutions were expelled from SWIFT in 2012.”

This is the true use and benefit of bitcoin. It’s not some anarchist idea of avoiding the state or some other stupid utopia, it is a system that brings everyone into a global alignment or isolates them in the way that North Korea was isolated. In time, as capitalism throughout the world grows, the benefits of compound growth will leave countries like Iran and North Korea more and more isolated. They will stagnate and either come into the mainstream dropping their totalitarian dictatorships or wither in power allowing people to take action against their leaders.

More importantly, bitcoin also provides an immutable platform. A payment system that is honest and a means of disseminating truth. Not something like the left media from WikiLeaks that is funded by Russia and is designed purely to attack capitalism, but the truth. Not some post-Hegelianist Utopia and post-modernist anti-scientific meme but discoverable truth.

In the coming decades, technology in the West will become so cheap and so widespread that a tablet connected to the metanet will be able to be dropped over a country like North Korea cheaper than the paper drops in Vietnam. More importantly, these tablets in the future will be able to communicate directly to the people of that country in their own language. We are coming to a world where the dissemination of truth will not be stopped. Not by partisan anti-corporate and anticapitalist organisations like WikiLeaks and not by government.

Liberty Reserve was many times more decentralised than an organisation like Binance could ever hope to achieve. Liberty Reserve was connected to the Hawala network and a series of distributors and countries including Nigeria. Overall, they had over 30,000 input and exit points for Fiat currency.

They were able to get criminals on and off of the Liberty dollar or Liberty euro network through tens of thousands of distributed systems. Yet Liberty Reserve was brought down.

The truth of the matter is that criminal groups are always “centralised” in some way.

Bucket shop exchanges that are designed to manipulate markets, create wash volume and to generally facilitate frauds, always have someone behind them and those people can go to prison. Liberty Reserve was based out of Costa Rica and was outside of the treaty agreements with the USA. Yet they have been taken down. Liberty Reserve operated a distributed network of tens of thousands of Fiat input and output systems that left no logs, and yet the people involved have been put in prison.

This is why I created bitcoin. It’s not a protest against government, it’s a method that over time will replace SWIFT with something that cannot be easily bypassed by criminals or even governments.

If you ever wonder why people attack my reputation, it’s because they are the criminals and they seek to ensure that their illegal operations, bucket shops, illegal gambling, drug sales and more continue to persist. Right now, organisations involved in the “crypto currency” industry are predominantly seeking to make money through assisting and enabling money-laundering. Luckily, the nature of a blockchain is such that all of this can be used as an evidentiary trail for a long time.

So the drastic irony here is those who have on-boarded themselves to this industry have failed to understand the purpose of bitcoin. It’s honest money. If you want to commit crime on bitcoin, a token scripted within bitcoin, a system that acts within bitcoin is a Fiat marker, then you have to understand that you have an immutable evidence trail associated with you. Those exchanges who think they can get away with trading don’t understand this very well. They are easy to take down and their assets easy to confiscate. The illicit and illegal bucket shops are about to end. The wash trading and crimes that replicate the USENET penny share schemes and pink sheet web IPOs schemes of the 90s differ in blockchain in that a record, or evidence cannot be deleted.

You’re about to find out why I created bitcoin and yes I am Satoshi Nakamoto. I created it to stop all of the global scams. I created bitcoin to start to bring order into the norm. Thank you for helping it grow and in your ignorance giving me everything I need to stop you.

In time, CZ will be gone (or in prison). These fools hate the idea of a single ledger, a single set of books, they want to have more fraud than Enron could do in a millennium.

In time, Roger Ver (Pipe bomb manufacturer) will be gone (or in prison).

And, I will be here.

This is my industry, it is my creation and I will be a part of it for as long as it exists.