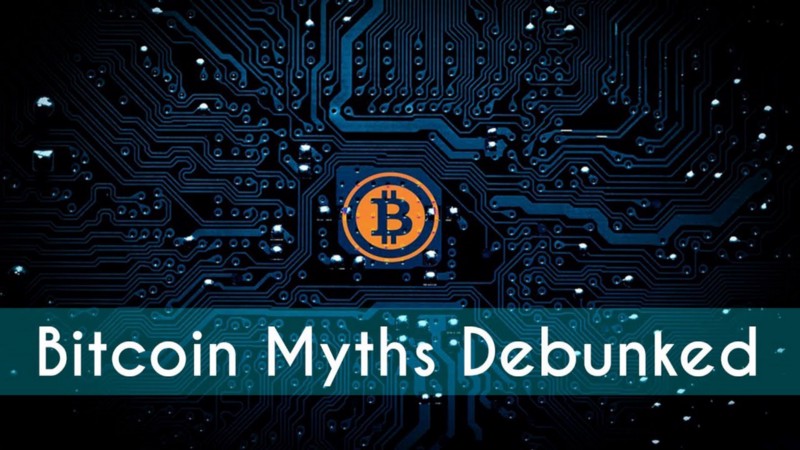 The myths of Bitcoin

This is it first and foremost. In this I am going to address a few of the myths around bitcoin. Before I do that, let me first set some terms and descriptive explanations.

First, there is one Bitcoin, set in stone as at v0.1 and we endeavour to return Bitcoin cash to align as closely as is possible to that original. Only Bitcoin cash can do this. Bitcoin Core with the additional changes (including Segwit) cannot achieve this.

The first one is peer-to-peer. The disinformation around this has been strong. An exchange in bitcoin can be made from one party to another directly with no intermediary. The aim of cash is not to have a system where a central bank signs off on the monetary unit, issuing these to third parties such as consumer banks, MasterCard and visa, rather, it is a hard stable currency system that allows individuals to exchange directly. In the first version of bitcoin, there was a rather poorly constructed IP to IP protocol that allow users to exchange keys. The version implemented at the time was not secure and allowed man in the middle attacks. This is something that can be easily fixed and many protocols exist to solve this now.

In handing a transaction from one party to another the primary concern is that:

This is what peer-to-peer means. Miners are a settlement layer. In the banking system even when money clears into your account it may not settled. Any payment received by a merchant over the credit card system can take 90 days to clear. Banks allow you to access funds, however any reversal can be applied retrospectively placing accounts into arrears and requiring the payment of interest and fines.

This is the difference that makes bitcoin peer to peer. Not that every person needs to be a miner, but that individuals can exchange transactions directly with each other and quickly verify that mining nodes have received the transaction.

This is the biggest myth around bitcoin. The only problem with scalability is the subsidising of home user hobby nodes. Bitcoin can scale to terabyte size blocks today. The only thing stopping this is a false idea that nodes that do not mine bitcoin are required in the network. Miners are competitive organisations.

Once this is accepted, the myriad of other uses all fall into place. Just as users do not run their own email servers, their own Web servers or any other server farms, bitcoin uses corporate validation of data not as a trusted third-party but it is a protocol specific system. It works because capitalism is a system of competition. Bitcoin is purely competition driven. It does not matter whether you like this or not because bitcoin is apolitical other than being purely capitalist.

The reason we can trust bitcoin and we can trust miners is the protocol governance mechanism. This works as a monetary unit for the simple fact that there is no such unit as miners.

It is the same as saying the typical comment about suits. There is no one form of corporate executive. How do we trust these corporate entities. Very simple, we trust them to be greedy. Moral sentiments are a layer over and above corporate culture and this doesn’t come into the governance of bitcoin at all. It relies on profit seeking. We know it works as we know that corporations will seek the greatest profit and they will do whatever they can to get this. This is why bitcoin works. The most efficient organizations will seek an edge over their competitors and in doing so will drive mining profitability to an eventual knife edge. At this point there is no way for any corporate entity to gain any means of altering anything within bitcoin. To get to this point we need to scale.

The cost of scaling bitcoin exceeds the cost of network and system architecture. There is no scaling limit. There is no such thing as spam in bitcoin. Any party willing to pay for a transaction can have that transaction stored. Miners competitively compete to grab as many transactions as they can as this is the way they gain the profitability edge over other miners that is needed to stay competitive. In time, nearly every bit of a miner’s profit will come from a transaction.

The truth of the blockchain when done correctly is that there is no scaling ceiling. The more use, the more profit, the better it scales and the less expensive transactions become. Bitcoin is incentivised to become the backbone system of the global Internet.

It can only do this as cash

The nature of Bitcoin is such that once version 0.1 was released, the core design was set in stone for the rest of its lifetime.

This is something people misunderstand. The nature of bitcoin’s competitive system is designed to make stable money. This is the core of how bitcoin scales. There are aspects of bitcoin that need to be fixed, they were in the first version but they did not include the protocol.

To be stable money bitcoin needs not to change. I say this again. Bitcoin needs to be set in stone to work and to be valuable. Miners will alter and improve on the core software used for mining bitcoin. They won’t do this as a group. They will do it to gain competitive advantages and they will do it without disclosing all of the changes they make. This again is a good thing. More efficiency is always good. To be successful, to follow its key mantra bitcoin needs to develop into a system that is fixed and not something that developers think they can play with because they understand money very little.

It is important for any monetary system to exhibit stability. This is how and why people trust money. They know that in 10 years or 20 years their money will remain the same. Right now, the developers in Core have been altering the protocol drastically which is the antithesis of stability. It is for this reason that myself with my company, nChain, have been working with others such as CoinGeek and yet unnamed miners to stabilise the bitcoin Cash protocol.

It is for this reason that the BComm initiative was started and it is profitability that will drive miners to stabilize and maintain the protocol creating the first form of digital stable money in human history, this is bitcoin cash.

The confirmation times within bitcoin are fast. People confuse confirmation and settlement. A transaction that has not been settled within a block is secure enough. It does not need to be impermeable, it needs to be good enough.

The result of this is a system that is thousands of times more secure at any scale than Visa or MasterCard and can settle in under a second. As the network increases in size and scale the latency on detecting double spends will decrease and the network becomes more secure. The interesting dichotomy with bitcoin is the more use and the more scale, the more secure it becomes in the lower risk to merchants that is exhibited in the system.

Confirmation time for a transaction within bitcoin can be completed faster than any currently deployed electronic system. That is more than enough and as it scales it gets better.

Bitcoin is purposely pseudonymous. There is a fine line between privacy and anonymity and it is a line that cannot be crossed. What few understand is that anonymity is not privacy. Anonymous transactions do not help the average person, they help corrupt governments and criminals. Worse, anonymous systems will never be legally enforceable. This undercuts their key use as monetary systems and as a method of exchanging contract.

It has always been the sunshine principal that allows us to detect fraud and dishonest dealings. A system of anonymous money allows those in organisations such as Enron to expand operations in a manner that allows them never to be caught. Anonymous money allows governments to buy deals, votes, guns and more with impunity. It is not anonymity that leads to free and open exchange but pseudonymous and private communications.

Privacy is important but anonymity isn’t. Anyone who does not understand this should read Plato’s Ethics, and in particular, the Ring of Gyes from Book II.

Anonymity leads to a system where justice is only in the interest of the strong.

The trouble here is that no one bothered to update the front-ends particular well until recently. There are a number of good wallets that are starting to appear. Much of the problem has come from the myth of the full node. Users should be running SPV. This is defined within the original white paper. There is no requirement to validate every single transaction. This is the ease, simplicity and beauty of bitcoin. It is not miners that you trust, but their competitive nature. The argument is that miners act in concert as one. They do not. Miners are competitive businesses that are designed to end in datacentres [see image and quote above].

The simple fact is that ease-of-use comes from developing applications on top of bitcoin and it is things like the HandCash Wallet App, Keyport, POP and Centbee that deliver simplicity that matter.

The value of bitcoin is not the electricity in the system, it is that value in exchange and people are willing to pay for this using electricity in mining. There are no absolutes in the economic world and this holds true for bitcoin.

The question to always ask is not whether something uses energy but rather does it deliver an outcome that people want more efficiently. Bitcoin delivers the first form of stable money ever developed in human history and it does this at a cost that is lower than the combined cost of monetary issue, electronic data exchange and fiat money as they exist today. As an economic system bitcoin self adjusts in mining and fee reward based on the overall utility of the system. Most importantly, as the system scales it becomes more and more efficient.

At a global scale, the system can operate more effectively than the credit card system alone while delivering far more.

The most important aspect of any monetary system is stability.

To this end, and to make bitcoin all that can be we endeavour to remove the block cap allowing any level of scaling that people are willing to pay for. As an economic system based on market forces bitcoin can become global cash.

Bitcoin will be locked as closely as it can be to the original protocol allowing merchants and developers to build a complete ecosystem of global finance upon it.

Bitcoin cash is the global financial platform of the future