Home » Bitcoin & Blockchain Tech » The paradox of the Übermensch 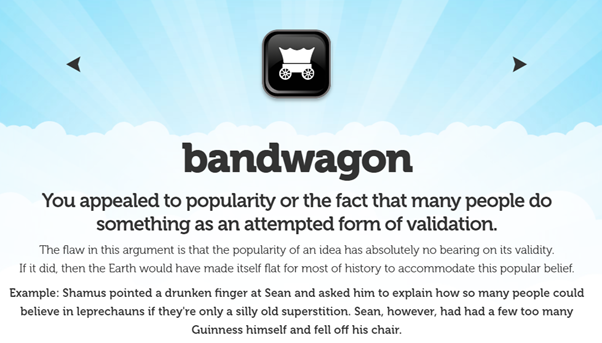 It is simple to be disappointed with the common person. I have written recently about the bandwagon fallacy. When I wrote about this the other day, I pointed out a variation of it that we now see, proof of social media. We can call this the Reddit effect, but it has infected much of society and not only crypto currency.

Truth is not a function of popular belief. Seeking social validation does not help you reach truth.

This post today I seek to go through many commonly presented fallacies. I do this not in attempt to offer any proof or disproof, but in my normal Socratic style I seek to have people start to think. This is a concept that is strong in “Thus spoke Zarathustra” (1896), where Nietzsche presented us with the maligned concept of the Übermensch. This has been commonly mistranslated into beyond man, Superman or over man. The truth of what Nietzsche sought was more the worldly businessman of the format of a Carnegie. The unwavering focused businessman developing and building come what may without care of social pressure.

The Übermensch related to a new form of aristocrat, not one who inherited a position but one who had to earn it in a meritocracy. For Nietzsche one such as Cesare Borgia could fulfil this role as in a more modern sense so could a Steve Jobs.

It is this mindless disgust for the unthought through social behaviour of the herds that I seek to expose. Two years ago, I wrote a blog piece that remains cogent and has hardly been read correctly. In my past, I taught the ability to use robot.txt files in a manner that would create varying information within sources such as the wayback machine. The wayback machine is not a terribly good archive site for forensic purposes. One skilled in the art can select files that appear and disappear over time. Two files can be simultaneously loaded and based on a subsequent robot.txt file one can choose which one will appear at any time.

I selected to delete many of my old blog files, in time I will recover some of these but not yet.

A file that I did decide to leave and not manipulate the timestamps of was a post I authored two years ago that very few still seem to have read in any detail skimming only to the predefined response the bandwagon demands.

One day people will read the article and decide to comprehend its intent. A critical difference to the perceived significance of the article and to the difference that many assign is the intent. The most critical part is that which is overlooked by most in the youth. It is not the first look nor even the second but the deeper meaning. In 1964, Sartre rejected the Nobel prize for literature.

He did not take this lightly and saw his position altered irrevocably through a path he did not seek yet which others sought to thrust upon him.

Very few question the reason behind the choice of Sartre for this piece nor the significance. The moment of the comments in the words lost to the “herd” clamouring to be accepted remains now as it was when I authored a manifesto very different to the philosophy of Sartre days after the death of my best friend, David Kleiman.

The irony in the creation of an idolatry for a creator seeks to askew veneration is lost on those who cannot read between not only the lines but the text itself.

It is funny experts can be misled by their own idolatry. In many ways, love and hate are two sides of the same coin. In my post on Sartre there is no point in which I make a promise to answer or to be. This shall not change for bitcoin is pseudonymous and proof is more than signing.

It has already been said that should I sign that others would simply believe that I’d stolen keys or defrauded others into gaining wrongfully the possession of those required keys. In this we see the problem. That you seem to of read so little, and fewer seem to wish to comprehend. I know how, not viscerally better deep technical level to sign using a digital signature formats such as ECDSA. I know how the mathematics of such a system is designed. And in the piece on Sartre I demonstrated conclusively our knowledge of the most convoluted way of finding to verify a signature without resorting to something as simple as dropping it into a bitcoin wallet.

But verification and proof was never the key.

Security is always a risk function and not an absolute.

Now as then people foolishly assume what they already want to know. It was Frederic Bastiat, the French economist and philosophe who instructed us to look beyond the first layer into something deeper. Many already a lost cause. But in this I retain hope. Some will strive and struggle and compete and others will think for themselves.

If you think I will give you the answer that you wish, I disappoint your vaguarity and inability to provide more than the indefinite nebulousness of an unclear and undefined desire. You cannot call for a leader to lead you into a leaderless society.

The hypocrisy and the contradiction of the paradox leads one into a state of denial cannot overcome.

In “The seen and the unseen”, Bastiat presented us with the concept of delving for meaning in the hidden or later appearing consequences of any intervention in the economy, I will take this further and say that the unseen consequences flow many systems. To understand is not to look eternally, but, to equate a depth that is warranted for the outcome you require.

“A Negative Railway” (Bastiat, 1845) shows us the extent policy contained within the current debates over the bitcoin protocol. Just as with the absurdity of listing to every vested interest between all parties seeking stops on the Bordeaux to Bayonne railway, seeking all changes from all users of money would lead to an equally absurd outcome.

Rule by philosopher-king gives way to timocracy (rule by property owners), which gives way to oligarchy, followed by democracy and then tyranny. As democracy is preceded by rule of the rich, Plato believed that under a democratic regime, there would be considerable resentment against the wealthy; the first step of the democratic demagogue, he claimed, would be to attack these wealthy elites.

Bitcoin is pseudonymous. It is time for me to explain some of that to the herd.

First and foremost, bitcoin is based on proof of work.

In Plato’s Republic, Rule by philosopher-king gives way to timocracy. This is a rule by property owners. It is in effect a form of aristocracy. It came from the system of wealth being seen and known. What Plato did not see was the form of money that could be neither anonymous nor open. That is, a money that is translucent. A money that is polarising and visible only when seen in certain ways. With such a money the aristocrat need not have others know. In this, even family can be abstained out of knowledge from the extent of one’s wealth.

In a proof of work system, unlike that of proof of stake, we create not an aristocracy, but maybe if it works the first true meritocracy. Not a system as Plato saw in the Republic that gives way to oligarchy as we will see with proof of stake, but one which embraces the most fundamental capitalist ideas. Not those of the common businessman seeking mere wealth or short-term gain but those who want to create for creation sake.

The flaw of a meritocracy and the flaw coming from the wealthy who have achieved is envy and greed. Plato saw the collapse of democracy through the resentment of the wealthy. We see this already in our society where people attack those who achieve, on false claims of inequality. The demagogue, the social media manipulator attacks the wealthy in this system. In the Republic, it was in the forum and through lawsuits. In the modern world it starts and Reddit and twitter.

Bitcoin is a system for the pseudonymous exchange of wealth. It does not redistribute and it does not create any socialist idea of equality. It is a form of money that allows one to prove when they choose to prove and no more. It is important to note that in a pseudonymous system honesty is maintained only through the exchange of information between individual parties and not public attestation.

The first rule of bitcoin that many need to start to understand is that you do not need to do anything publicly and in fact entire concept of proof of social media, proof by demagoguery is one of the key aspects of common societal collapse that bitcoin was designed to circumvent.

In contract law, there are three aspects of an exchange. Offer, acceptance, and consideration. When one does not seek anything from another there is neither offer nor acceptance. I’m sorry to finally explain this to you but I do not want your adoration and the only thing I will do is ensure none ever take up the mantle I do not want. The funniest thing in all this has been that many expect something without consideration. If you deal with me, you will know that this can never be the case. Moreover, I have no need of money — rather I have all I will and shall ever need. So, it is likely you have little to offer.