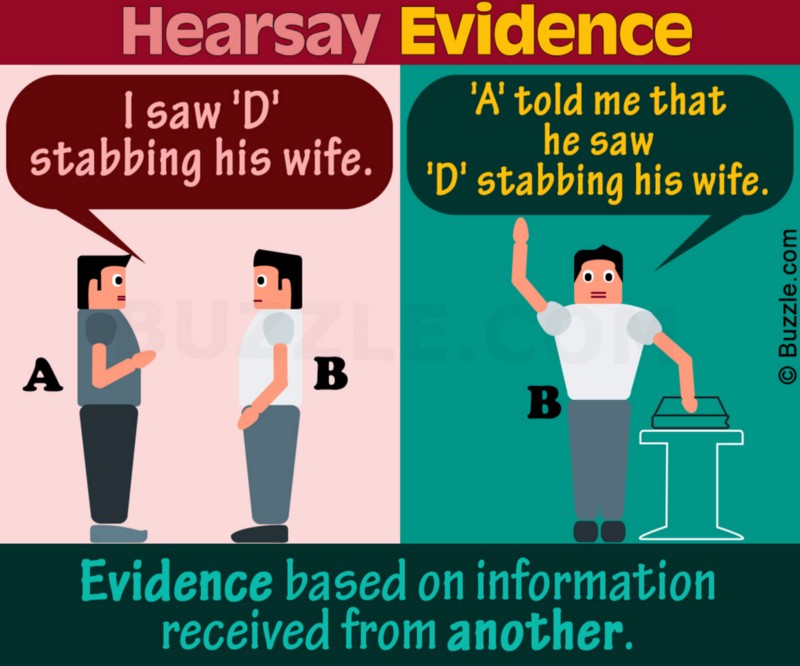 The Reason for Law

There are very clear reasons for having law cover what is allowable as admissible evidence and what is rejected as hearsay. When a party to a dispute that has nothing to do with a piece of evidence claims it is real, they need to support their assertion. In other words, simply claiming a document is real does not make it real. Importantly, there are reasons why you need to control evidence.

I will provide an example using the following link:

A certain person who sought to gain money outside of the tax system in a manner that would give him money for nothing claimed that it was a piece of concocted “evidence” about myself and my dealings. I generally don’t read everything I get in complete detail; I’d rather trust my staff and not read every one of the hundreds of documents I get every month. But when problems occur, it is always good to go back and look at things.

So… Let’s analyse the document.

You will note that there are 10 pages; 9 consisting of the document itself and 1 exhibit cover sheet. You will also note that some but not all of the pages are numbered. There are seven pages numbered starting with page 2 of the purported document, which is page 3 of 10.

The Trust names on the cover sheet (page 2 of 10) and in the contract are similar but different (I use a lot of similar names in naming companies, but they are not the same).

Page 2 (listed as 3 of 10) lists Appendix A, but there is no Appendix A. Appendix 1 is given on page 7 of 7 in the 9-page document. The fonts on the same page are different.

Page 3 of 10 (listed as 1 of 7 in the document itself) entails “Denariuz Seychelles International Trust.” The names are similar, but they refer to completely different trusts, and there are multiple documents.

There is no witness page — to be executed as a deed, it needs to be witnessed. As for altering and adding addresses: it is a digital document. I have attached the page without any addresses.

Basically, what they have is a group of documents that have been leaked on the Internet by people who have sought to discredit me and claimed they had hacked into my servers. When we (not Dave, but a we) had Hotwire, there was a number of ex-staff members who had stolen data and broken into servers and drives they had not been allowed to access. I cannot say whether the material came from them or not or whether they shared it with other people.

The document is an altered compilation of four other documents (at least). Some parts are real, and others are not. It forms some of the so-called evidence and proof showing that I cannot be Satoshi. Effectively, what we have is a long-term campaign to ensure that I have lots of problems allowing the scammers to keep scamming.

Generally speaking, I don’t read through everything and ensure that every filed document is correct. I still don’t do so now. When my EA hands me a bunch of documents, I assume that they have been correctly filed and maintained. But… One thing I’ll never do is believe that a document sent over the Internet and received from an anonymous hacker is real.

Here lies the irony of it all. People calling me out as a fraud are saying that because my name has been associated with things it must be. Interestingly, a set of documents with matching page numbers in part has been handed to a court to support a claim. Under the rules of evidence, it is hearsay. Mr. Kleiman und nobody associated with him were ever a part of or a party to any agreements or companies. More importantly, he has no way to know which documents may or may not be substantially correct or which have been altered. He would not even know if an unintentional compilation of different documents had occurred.

There is a big distinction between signing an authorisation and creating something. In the coming weeks, we shall be starting a number of actions for libel. You are responsible for what you say and print. When you make a false allegation claiming that someone has engaged in fraud and that you have proof of it because of a claim made over Twitter or some other source, you better check the probity of the source before you decide to repeat it.

When you take something from an anonymous group with a vendetta, when you have documents obtained through hacked servers, when you make claims based on hearsay… You leave yourself liable to prosecution for malicious statements.

The document provided by Mr. Kleiman as Exhibit 11 is a compilation of other documents. Most importantly, you cannot assume a document is correct because it supports the position you want to think is real. The worst part of it is that a group of anonymous trolls seems to gain power when fools choose not to think. If individuals decide that they don’t want to talk, that they would like to keep some privacy, it does not make the same individuals guilty of anything; and a lack of response is not a response in support.

I have not always had the best support staff. The company is well-organised now, and they who help me are efficient — which was not always the case. In the past, I’ve had problems with staff, and some who had taken documents leaked them. Even with watermarks and other such things, accessing documents and tracing them can be incredibly difficult. Even if the compilation were non-malicious, an accident, or an error, it still would not be a valid document. It could be used as evidence for a flawed process, if so was the claim — more importantly if so was the claim and it had been obtained legitimately, but neither is the case.

The document is not being used in claims concerning bad process. There is no claim associated with errors or the inability to maintain systems well, but rather it is a claim that the single document supports an assertion without ground. Yet, people take it without validation, and claim that something they have received from an anonymous party is proof for anything. You have been listening to the lies of the likes of Wikileaks for too long. Parties breaking into servers and sending documents that they purport to be true are rarely trustworthy to any extent. If you think that someone will hack a server and release documents and yet can be trusted, then you are too dumb for words. Then, fake media sites like Wikileaks have taught people to be dumb, to believe lies, and to stop seeking truth.

There is a reason people in groups like Wikileaks seek to attack me, promote lies about me, and defame me. Such groups seek a world where they have power. A world where lies, corruption, and deception that are instigated over computer networks are a part of everyday life. They seek a world where records are altered, changed, and copied and where they can set the truth, come back, and change it at will. Welcome to Wikileaks, and welcome to 1984. Anonymous and the other groups that support Wikileaks have hated me and everything I stand for for a long time. They have hated me not for what they claim, but for a system that provides immutable truth that cannot be altered, a system that provides a single record that stops corruption, a system that makes fraud expensive and stops all they are supported by. With Bitcoin and Metanet, there is no reason for WikiLeaks and no way for such anonymous cowards to hide.

When you take something that has not even been admitted as evidence, let alone proven to be true, and you decide to use it in defaming someone, you better have deep pockets, because in time, you who defame and slander and libel will face action.

Enjoy bankruptcy, coming through a libel court near you…