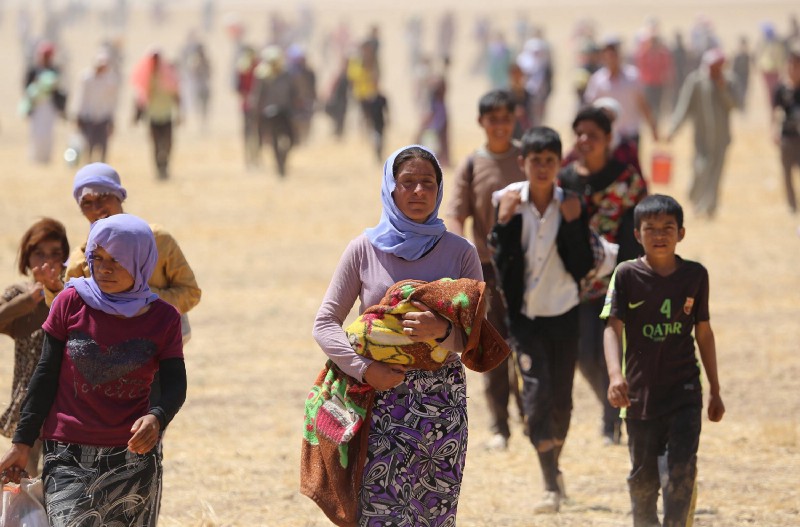 My first marriage ended in October 2010. It had been rocky for a time before it ended. I mentioned in my last post how I worked doing forensic contracts yet only for the prosecution. Some of them didn’t involve court. The same side but a completely different aspect of life. October 2010 was when I started to go quiet.

I was offline for much of January 2011. During the time, I had travelled to Venezuela where I was working with a “Jawbreaker” team. The work was focused on stopping the trafficking of humans for the sex trade. I was in “prevention.” I did not bring people to justice, I worked with teams to stop things, permanently.

My “Blind Date” in Venezuela had me progressing west to the border of Colombia. It was my last operation of the type. I was shot twice, and evidence of it is likely to still exist on the Internet for all my efforts to have destroyed it. I met with Colombian El Departamento Administrativo de Seguridad (DAS) agents, as my job was accessing systems and information, and on the occasion, it was related to an operation associated with garnishing evidence against FARC-V. Before, I was what some people would call an “agent of influence.”

I’m not ashamed of my past, but I never wanted to talk about it. I still do not. The best answer to many aspects of life, the darkened dirty parts, is a solution delivered through a salve of sunshine. So, rather than staying in silence and allowing others to paint a false picture of my life and Bitcoin, I am going to fill in the missing pieces. I always had enough people to be proud of what I did that I did not need to make it public. My uncle knows me well; Don Lynam was very senior within military intelligence, and I grew up respecting him and my grandfather. I saw their sacrifice, and I wanted to emulate some of it.

People smuggling, sex slavery, and many forms of illicit exchange exist in the modern world. People do not like to talk about them. But they exist, and they are insidious, and they are evil that must be stopped.

Terrorist financing occurs because of the existing banking system and the ability to lose transactional data. I worked on Bitcoin for a long time before I found something that would not be able to be used in a manner that was anonymous. A system that economically collapsed to one or none. It needed to be private allowing people to engage in their day-to-day lives and even do things that were mildly wrong. At the same time, it had to be the ultimate anathema to all that was evil in the world.

I designed and created Bitcoin to stop the need for people like me — people who worked with SAD operatives and even those acting in the tracing of funds.

I was a pastor for a time. But, the images of what I have done, what I have seen, and the cruelties I have witnessed in the world led me to abandon the position. I have witnessed children as young as 10 with AK-74s and women who have been forced to watch the death of their children knowing that other members of their family are being held and, if they try to escape, will be killed. All of it exists because of a system that allows records to be lost.

I designed Bitcoin to create an immutable evidence trail, money that is private and yet does not suffer the fate of Gyges. Anonymity is a curse. Nothing good comes of it.

I do not dream. Not that I do not remember, I have and in the usual delta-wave structure, and I do not dream. In some ways, it is a reaction to some of the things that I’ve seen. They are images that are vivid yet repressed.

I came back from Colombia and Venezuela already rather disillusioned. The first thing I found was Bitcoin being used in the dark web. I discovered the creation I had given birth to, something I designed to bring light was being used for all the worst reasons. Not only drugs, but people. Silk Road didn’t blatantly advertise people the way that they did drugs and guns, there are other names for everything, yet people know what is being exchanged.

And I saw my creation twisted into something I despised, and I entered a deep abyss of despair. Eventually, later in 2011, I started working on the solution to the problem I had birthed. The start of the company called Panopticrypt. Since then, I worked on a number of creations that connect alongside Bitcoin and in fact any consensus system. Silk Road did not create a world without force. It allowed people not only to sell drugs and to engage in the low-end overly hyped media-fuelled dark-web store that enabled people to sell credit-card information, commit fraud, and even sell people.

Children between the age of 12 and 16 were exchanged using Silk Road.

Some were forced into prostitution, and others were sold to work as beggars in the US and Western European streets. In the years that Silk Road operated, over 1000 children were exchanged in Western Europe through the north-eastern Italian corridor — bought and sold using terms that allowed so on Silk Road and bypassing the filters so they maintained plausible deniability. Some of the children were kidnapped, and others promised a better life. Terre des Hommes is a good source if you want to learn about the impact of such an illicit trade.

Such is your hero if you worship and praise to the idol of Free Ross. It is a story that is told of free trade and friendly people engaging in commerce without the nasty state intervening. They neglected an essential part of the story. They forgot the people that were trafficked. They forget the lives of those damaged forever because of hard drugs. They ignore the dealers who use it to fool other people into a lie and allow them to be captured into a web of deceit.

In 2011, I had no idea what to do. I had sworn I would never go back to the work I was doing overseas, and I had applied for a formal role as an officer in the military police which luckily I did not follow up on. I left an excellent job at a chartered accounting firm, BDO, taking a golden-handshake redundancy that funded me for a time. The redundancy was offered in December 2008, and it is how I was able to spend 2009 working and burning down my savings.

After two years of earning very little but spending a lot on my research, I saw what I created as it started to become the thing I despised.

Do you want to know why Satoshi had to be anonymous?

Think about it. My past working as a prosecution forensic expert and in other roles with the government would never lead to a system that I could have publicly stood behind.

In order to fund my work, Dave Kleiman and I sold code that was used in gaming illegal out of countries such as Costa Rica. David took the biggest risk because gambling is not illegal in Australia. Nothing he was able to earn in Panama was able to be repatriated legally in the USA.

Dave was already ill in 2011, and I pushed him further. The only way I could fund and further the research that I have been doing to stop that which I saw developing was derived from gambling. Dave oversaw the operations. There are other people who are still around and that are associated with the Costa Rica operation, but I will never name them. We used Liberty Reserve to hold funds and pay people.

It is ironic that the only way I saw to fix the problem that I have created was to utilise something even worse. In early 2013, the US government seized funds and stopped the operations of Liberty Reserve. The money I was using to pay for computers and operations stopped.

Shortly after and because of the stress and problems that came from it, my best friend was dead.

George Gilder authored a book called Wealth and Poverty. In it, he describes the Faustian bargain that is the capitalist system, and he links it to Adam Smith.

I decide on the name Faustus for such a reason. It is my bargain to stop what I see as wrong.

I expect a lot of people will want to start discrediting all of it here. The thing is, the more they now seek to discredit me, the more I am going to release. When I finish, even Atlas will shrug.

I had a lot of friends, many in the police and military, who I have abandoned. I am going to come out of the dark and start finding them again, and I hope that they all understand my lost decade.

People in the group of companies and others pushed for me to come out in 2016 to clear up the lies. I was afraid. If I start to tell the truth of Bitcoin, it is to also open my past. It means that I am going to open all the dark secrets, and when I do, many more will follow. I spent over 25 years working in places many would not believe exist in a modern world, and once Pandora opens the box, there is no way to stop the secrets coming out. It was my lack of courage , the fear of what can come from my past, and the need for courage to face the future that stopped me before.

I am opening the box.

Please do not think it is the end of the story. It is only starting. Bitcoin changes the world, and I have enough courage to follow through now.