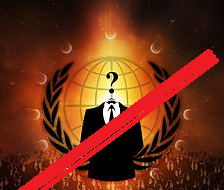 We don’t want to lead with “anonymous”

One thing I’ve learnt during my time with Bitcoin is how important it is to choose your words carefully. Privacy and anonymity are not the same thing, but even I have been careless with the use of words in the past. A large part of it links to how we use words in common speech. After all, language is not like mathematics.

When explaining the differences between privacy and anonymity, it can seem simpler to take the short route and not go into the details, as they can lose people. The problem of course is that although you gain in the short term, you spend much more time in the long term fixing up mistakes. I’ve used the word anonymous when I’ve meant private in the past. Most people have. Yet, it is not what Bitcoin is about. Bitcoin leaves an audit trail, and for honest people provides a system that is private but will never be anonymous.

The people who became attracted to Bitcoin in the early days were not the ones I needed to really grow it to where it would need to be. To be honest, I didn’t really think it through at the time. I was heavily involved with the digital-forensics and information-security industry, and we had a lot of people who were more directed towards an anarchist point of view. At the time, though, I didn’t really notice it much. I was too focused on getting what I was doing done, and I had been dealing with auditors and a lot of others before I released Bitcoin. So the move from people who you would say were white-hat hackers or even just auditors towards the grey and black communities that ended up grasping and integrating Bitcoin was something I had not prepared for.

I tried to keep people interested at the time. It was difficult. I saw the project slipping towards all of the problems I didn’t want, those who bore hatred towards banks and government. I didn’t want to comment on other people’s belief, especially when they would be donating time. There was no way to run Bitcoin nodes and mine profitably back then.

All of it is part of my original disillusionment. Not only is Bitcoin unrelated to energy stability, but more, the last thing I wanted to do was make a taunt saying that we were outside the reach of government. Bitcoin is not outside the reach of government. Bitcoin can be shut down even now. Every system can be controlled right now. There was never a point in the history of Bitcoin, nor was there any technical advancement that ever took Bitcoin outside the grasp of government and regulation. To think so is simply asinine. Bitcoin was designed to work on the fine edge of law. It was designed to allow a new system of global money while not poking one’s finger at government.

Right after I had explained that we should not be taunting, the next comment was:

“The community is hopeful the currency will remain outside the reach of any government.”

Soon, illegal bucket shops that call themselves Bitcoin exchanges will come under regulation. The reality is that they have always been under regulation, but the regulators will start to understand them. Bitcoin always happened to be a system that would end in data centres. And data centres can always be stopped. The mere possession of something can be made illegal.

Please tell me, how do you convince the majority of people in the world to use a new system when you make it opposed to the government system that they live within? Most people vote in democracies and choose. For every anarchist there are at least 100 others who do not want anarchy. Such is the simple situation.

If you ever wonder why I became angry, it’s because I saw my life’s work taken and beaten into something it was designed not to be. And the thing they try to create can never be. There will never be a system that manages to get around anti-money laundering (AML) laws based on Bitcoin.