Home » Alternative Coins & Systems » Why Lightning will never be currency, and why BSV matters 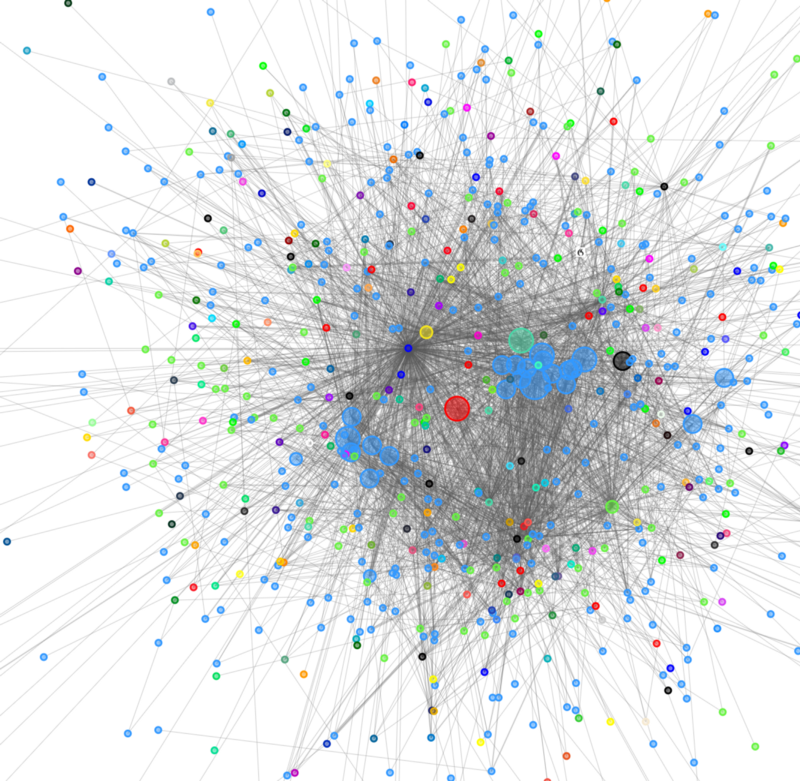 Under the provisions of FinCEN, any exchange accepting and transmitting virtual currency is a money transmitter [1]. The law is rather explicit and simple to understand. It also facilitates a number of exceptions that mitigate any problems with Bitcoin nodes (that is miners), yet captures Lightning and associated payment systems that are layered on top of Bitcoin.

When going through the act part by part, we can see that an ISP or service provider is not included as he who merely “provides the delivery, communication, or network access services used by a money transmitter to support money transmission services” is explicitly exempted. Note, though, that such a rule would not incorporate Lightning nodes as they facilitate the passing of money and funds for other individuals.

More importantly, those who seek to take crypto (Bitcoin) for payment of goods and services or through the use of commodity storage on the blockchain are also exempted as the act specifically exempts any party that “acts as a payment processor to facilitate the purchase of, or payment of a bill for, a good or service through a clearance and settlement system by agreement with the creditor or seller.” Miners of course are the clearance system. Conversely, in a Lightning channel, mediator Lightning Network nodes operate to provide liquidity.

Lightning is in no way a clearance and settlement system. It is a payment system. It more importantly does not act “as an intermediary solely between BSA regulated institutions.” Bitcoin networks are not registered clearing systems. They may be covered by settlement and clearing exemptions, but they do not extend to allowing Lightning Network nodes. Part of the problem is that Lightning is not a settled transaction. Bitcoin remains settled within blocks. Lightning conversely acts to update a series of promissory notes.

Importantly, the exemption at point (F) requires that a node “accepts and transmits funds only integral to the sale of goods or the provision of services, other than money transmission services, by the person who is accepting and transmitting the funds.” It would exempt common Nakamoto payment channels and those created by Mike Hearn. Lightning, though, is not simply between the two parties of a simple payment channel. It requires multiple hops and intermediaries.

The average distance[2] on the Lightning Network is 4.9 hops.

If Alice and Bob deal directly, it is but one hop. Where Alice and Bob and Charlie interact, we have two hops. The existing Lightning Network expands to up to 10 or 11 hops — while it is a minimal small size. The fact of the matter is that there are four or five layers of intermediaries between people who are engaged in trade when using the Lightning Network. Yet, no interaction or payment is made in a manner that allows the recording of the transaction. As such, Lightning acts as a mixer network to confuse and obfuscate payments.

It really doesn’t matter that bitcoin is not currency under the act. It further doesn’t matter in the US whether it is a security or commodity for both are covered.

(iii) All negotiable instruments (including personal checks, business checks, official bank checks, cashier’s checks, third-party checks, promissory notes (as that term is defined in the Uniform Commercial Code), and money orders) that are either in bearer form, endorsed without restriction, made out to a fictitious payee (for the purposes of § 1010.340), or otherwise in such form that title thereto passes upon delivery;

(v) Securities or stock in bearer form or otherwise in such form that title thereto passes upon delivery.

A money transmitter is clearly defined in the act, too. We do not need to worry about the limitations in the term currency as the act incorporates “other value that substitutes for currency” and continues to incorporate any “electronic funds transfer network; or an informal value transfer system”.

There is a defense in that the people engaged in activities infrequently without seeking profit for low value. This would not incorporate the majority of Lightning nodes.

The act does not differentiate between standard currencies and convertible virtual currencies. In fact, anything that substitutes for a currency (including bitcoin) is covered by the existing act. People involved with ongoing local Bitcoin transactions who do not save the required amount of information concerning those that they’re buying and selling from are breaching the act. FinCEN note that where a dealer acts between a customer and involves a third party that is not part of the direct currency or commodity transaction we have a monetary transaction that must be incorporated against the requirements of the BSA. In particular it is noted that the transfer of funds between a customer and a third party, such as for a Lightning intermediary node that is used in funding an account or transferring value in the transfer to another party, is covered under the act.

The Lightning Network’s use of payment channels effectively allows users to transact with each other directly rather than broadcast their business to the entire world (aka public blockchain).

Such is the reality of what Lightning is seeking. They are not trying to scale Bitcoin or any blockchain for that matter. They want to take payments away from the blockchain allowing parties who are engaged in transactions on sites that sell illicit goods and services to bury their transactions in a way that prohibits government organisations such as FinCEN from tracing them. Of course, it is already illegal.

In explaining the reason for the existence of the Lightning network, it is said that rather than leaving the blockchain to track and monitor payments, something that meets the requirements of a monetary transfer system, users contract through payments between each other on their own. They would avoid the expensive and time-consuming interactions with the blockchain. And it is claimed that where there’s a dispute, the balances on the Lightning Network will decide how the funds are split up. And so is the rub; only the balance would need to be maintained. In particular, if Lightning was available, functional, and able to actually send funds, then a system such as Silk Road could be created in a way that would stop those transacting from being traced.

Lightning is not anything like the original payment channel that was defined within the white paper. The original channels all settled on-chain, and allowed updates on an ongoing basis. Here is where the similarity ends. The difference is that the original channels acted between two parties. The two parties maintain an existing relationship in buying and selling until they settle the bill. Lightning conversely alters such a relationship by allowing multiple parties and multiple hops. As in the image displayed below, we see multiple parties in the Lightning transaction.

It is sold as a scaling solution. The reality cannot be further from the truth. The simple fact is that it is a means of losing transactions. The concept is simple; the parties to the transaction maintain an offline ledger that is settled periodically. The difficulty comes as there is no recording of the intermediary states. When there are many routes and many hops, the parties to a transaction on either end do not see the intermediary exchanges, only the balance. When it finally settles on chain, all of the intermediate steps are lost. The particular reason for this is that Bitcoin maintains a complete record of all transactions. Even where two parties set up a payment channel.

Some argue that a payment channel between Alice and Bob using the original methods in Bitcoin would be less secure. Yet, the argument they use for Lightning incorporates a multi-signature wallet whereas that used in the supposedly insecure payment channel uses a single key on each side. Such shifting of the goalposts is widely used within the community to hide the fact that they are not seeking to scale or to secure the network but simply to create a means of losing transactions.

A further important note is that parties in the Lightning Network, the nodes acting as hops, are “incentivised running these connecting nodes through (small) fees that are paid out every time a transaction uses one of their connections.”

Lightning nodes are in no way analogous to miners on the Bitcoin network. In Lightning nodes, the payment is incentivised through the hop in a manner that allows highly centralised nodes to act for profit.

Yet it is not privacy they seek, it is anonymity. It is designed as a system with an end goal of losing transactional data. We can in fact rewrite the claim in a manner that is more accurate:

Lightning is a solution to problems that some see within the Bitcoin network. They are not problems of scale but a rather problems that stem from pseudonymous transactions and not anonymous ones. Lightning is designed with one purpose, the destruction of records such that parties engaged in illicit activity including terrorist funding, child exploitation, and drug sales can easily act in a manner that was not available using Bitcoin.

As with Monero and other systems that are designed to bypass legal requirements, the push for Lightning and now the proposed integration of Schnorr signatures into Bitcoin is purely a methodology designed to subvert privacy into anonymity.

An important and seldom discussed aspect of Lightning is that it creates a few key hubs that pass 99.8% of the traffic on the network. Effectively, they are paid banks that act outside of the requirement of the Bank Secrecy Act.

The few nodes detailed in the existing Lightning-network map aggregate the majority of transactions. It is not outlying nodes with additional distance in hops but rather such central highly connected nodes that act as money transmitters for profit and yet do not maintain records as required by law.

The lie that is promoted is that Bitcoin cannot scale. In order to promote such a lie, artificial limits have been maintained on the protocol, and the fundamental aspects of what created an immutable evidence chain that can act as money had been removed in the creation of an airdrop that many people believed to be Bitcoin. BTC is everything Bitcoin was designed to oppose.

In order to minimise the prevalence of money laundering, the BSA requires money handlers to report transactions involving more than $10,000 in value from one customer as a result of a single transaction or two or more related transactions that occur within a 24-hour period. The BSA requires that money handlers report suspicious activity. It includes money laundering or fraud. In fact, it requires that any transaction between parties that may have interacted with a dark-web site be reported. An activity is suspicious where $5,000 in funds or assets that may have originated from illegal activity or which have transacted through different sources in a manner designed to hide any illegal activity is believed to be involved.

Bitcoin itself is not immune to the act; in 2017, the US treasury took action against foreign-based virtual currency exchanges including BTC-e.

As we saw in United States v. Budovsky, №1:13-cr-00368 (DLC) (S.D.N.Y Sept. 23, 2013), digital currency is not a safe haven, digital currency comes under the purview of money-services businesses. As such, a promissory-note system such as the Lightning Network is within the scope of the law as it stands today. Simply arguing that it’s decentralised means little. The network is controlled by nodes owned by people. The law does not care whether your computer operates without you watching over it; every system has an owner, and every owner is responsible for the actions of the computers he runs.

For all the efforts to avoid law, Lightning is nothing new. As with every system before it, the digital-currency system within Lightning is covered under the requirements to report suspicious activity and anti-money laundering (AML) provisions. Nodes that don’t comply are simply in breach of the act.