Home » Economics » Bitcoin is a commodity 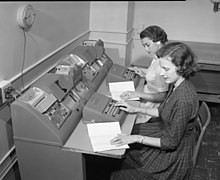 Ledger space in a sound, immutable ledger is a commodity. It has value. The trouble is that many think they can create something new, that Bitcoin is a new form of money. It is not.

Bitcoin is not legal tender. It is not decreed to be a means of payment that must be accepted within a territory, and nor shall it be. The result is that Bitcoin is either commodity money or a pure Ponzi.

The commodity that defines Bitcoin is the transaction ledger space and computation.

We do not care about the exchanges and day traders, as we will have use; that is, businesses wanting to save data and contracts in a manner that allows them to be covered under many of the US SOX provisions and many of the global laws of document retention.

Our answer is simple: With SV, we are scaling Bitcoin to handle over 4 million transactions a second in the period between now and 2021. At a cost of $0.0025 a transaction on average, miners will earn over $10,000 a block as we scale to such a level, and there are businesses wanting this already. For us, Bitcoin is business friendly. There is no spam on the blockchain that is paid for.

A service bureau is a company that provides business services for a fee. The term has been extensively used to describe technology-based services to financial services companies, particularly banks.

It is something that Silk Road stopped. E-Cash was used by Deutsche Bank. In 2013, we had relationships with the Commonwealth Bank in Australia. We had partnerships with Teminos and others. The publicity from Silk Road stopped all of this, and created the false belief that Bitcoin is for dark-web uses.

We plan to go back to what Bitcoin is. It is money. It is a ledger, and it is commodity money based on use.

In Travelex Limited v Commissioner of Taxation [2008] FCA 1961 (Travelex), Emmett J made observations regarding “money” (including the subsets “currency” and “legal tender” — refer to discussion below).

With respect to the term “money”, Emmett J wrote that (at paragraph 25):

It is also clear that there is no need for “money” within the ordinary meaning to be tangible property (e.g. coins and notes). Rather, “money” is an abstract concept determined by reference to its use as a medium of exchange, and common consent and conduct. For example, funds — held to the credit of a person in a bank account — being transferred to another person would clearly be considered to be a transfer of “money”.

Another feature of “money” to be noted is the “negotiability” (i.e. the ability to transfer ownership or property in money by delivery) of “money.”

Bitcoin also has the quality of negotiability of “money”, and in a broader sense, “currency”, in that “ownership” in Bitcoin value is transferred through a transfer of bitcoin from one Bitcoin wallet to another in a transaction. It is also clear that ownership of Bitcoin value is valuable in real-world currency terms.

The quality of negotiability possessed by Bitcoin also makes it clear that Bitcoin is a form of intangible personal property. As observed by Dr Rhys Bollen, Bitcoin:

Further, the developments in Germany, Switzerland, and the UK as discussed at 2.3(a) above indicate that Bitcoin — it seems inevitable — will be formally accepted as “currency” (i.e. foreign currency) by governments around the world, if indeed it is not already considered to be so.

There is also United States jurisprudence indicating that Bitcoin falls within the ordinary meaning of “money” and perhaps “currency” in Securities and Exchange Commission v Trendon T. Shavers and Bitcoin Savings and Trust, case №4:13-CV-416 (E.D. Tex)[2] (SEC v Shavers). SEC v Shavers concerned charges made by the U.S. Securities and Exchange Commission (SEC) against Mr. Trendon Shavers, accusing Mr. Shavers of using Bitcoin to run a Ponzi scheme. Mr Shavers sought to dismiss the charges on the basis that the Bitcoin investments offered by his business were not securities within the meaning of U.S. federal securities law as Bitcoin was not money.

In his decision finding in favour of the SEC, Magistrate Judge Amos Mazzant explained: