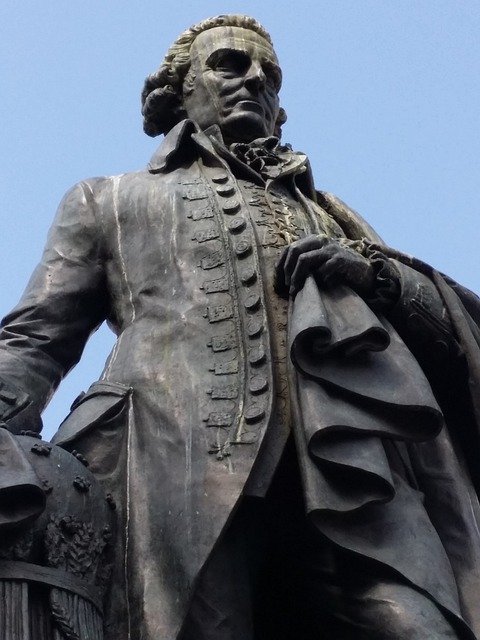 Some people think that Bitcoin is a system designed to act outside of state and society. Others believe that it is a system designed to control business and to reign power into their particular social agendas. Neither case captures the reasoning behind Bitcoin. Society matters. Whether we are talking about small groups or the individual, the truth of the matter does not change, nor does it shift at the level of nations. All businesses need to remember that they have a responsibility to the communities they are a part of. Such responsibility does not mean that they have to become the whipping boys of a particular agenda, but that we need to be conscious of the world and the environment we are living in and to be an active part in ensuring that good is achieved.

Bitcoin is a financial system, and it is designed to return capitalism to the system that individuals such as Adam Smith promoted. Capitalism is a system that allows the free action of the baker or the candle maker or the software developer seeking to trade fairly, without exploitation. It is such a system that allows for long-term growth—without the exploitation by interest groups, government, greedy individuals, or ‘rent-seekers’.

In the last 30 to 40 years, we have seen a seismic shift in the nature of how corporations are managed. Individuals who seek to exploit by making short-term gains at the expense of the business have become the norm, with companies both in Silicon Valley and at Wall Street fostering unfair business practices. Businesses and companies are virtual people under the law. And as virtualised persons, companies have obligations within society. Citizenship gives us rights and privileges, which apply to corporations, too. Yet, rights and privileges do not come without responsibilities. Corporate citizens need to act as citizens, for they are part of society.

Corporate actors need to build an environment that is conducive to long-term growth. The situation requires investor approval. Here, the choice of investors is essential. Where an organisation seeks merely to benefit from short-term gains and promoting the price of an asset and not to grow across years, the lifespan of the organisation will be short-lived.

Social responsibility is not the same thing as not making a profit. But few seem to understand that a long-term path to profitability and sustainable business practice present something different from an increase in the short-term share price.

Equally, business is not a tool for social activism, and it is not a tool of government. As virtual citizens, companies also have rights. Corporate citizenship means that the government does not have the right to dictate how money and profit are spent. Responsible corporations cannot be seen as the lapdog of whatever social justice platform seeking to redistribute wealth at any particular time. Corporations are not tools for delivering social change, but, at the same time, they come under all of the other responsibilities of citizenship. Corporations own property. Property owners have duties and responsibilities. Corporations have rights, yet, they live in a community, in society, which means that they have both rights and obligations. Milton Friedman was in error when he said that corporations only had a responsibility to their shareholders. Corporations are made up of many entities. If a corporation does not treat their personnel and their suppliers well, they will find a higher turnover, which leads to higher costs. In the long term, short-term gains reduce profitability.

Whether we are talking about mercantilism or fascism or state capitalism, as has become fashionable in many Communist countries, where business becomes the lapdog of state and social activist groups, it falls into the same problems as it does as the lapdog of the ‘rent-seekers’ and financial vampires that inhabit much of Wall Street and Silicon Valley. Such groups offer promises of short-term benefits as they bleed their corporate victim dry.

Investors are different from traders; a trader only cares about short-term gains.They will happily make money by manipulating the price of an asset, shorting the same asset as its price goes down and pumping it to go up, making money at each change in price. A trader carries a use: speculators are necessary for markets. But they need to be informed speculators and not merely gamblers. The financial market cannot function without speculation; it is such individuals who act as market makers and provide liquidity. As with any ecosystem, be it merely a virtualised analogy of human activities, as with financial markets or with global ecosystems and the environment, the introduction of what can be adverse at scale can be essential when limited in scope.

A business is responsible not only to its investors and shareholders, but for many other aspects of society. To succeed long-term and not merely gain in some pathological prisoner’s dilemma, leading to the benefit of one costing another in a zero-sum game, a business needs to grow both itself and its environment. It needs to ensure that suppliers are sound and that they don’t engage in unfair business practices. It needs to safeguard against fraud and ensure that the employees within the organisation are looked after. Such provisions do not mean that employees dictate the company policy or strategy or control the organisation. It means that employees are taken into account. That they have a career path and that they are not exploited.

A good organisation is one that has not only loyal employees, but personnel who value the mission they are a part of, who can see their role as more than just a job. In creating a workplace where people can work as a team, we create an environment that delivers more than a mere job; it can become a calling. It can become something that people will do because they believe in it—and not because they earn a pay cheque.

Managers and executives in an organisation are not merely there to derive a pump in the share price. They exist to steward the organisation into the future. The title of the steward presents an important distinction: stewards are not kings, and I used the word steward very carefully. A steward traditionally acted to maintain a realm when the lord or king was not around. They did not have the ultimate power, and they could not do anything they wished. Stewardship is the form of leadership that is needed if we are to take global corporations successfully into a secure future that people want to be a part of.

Bitcoin is not a system that is designed to deliver ‘permissionless’ development. Nothing in the world is ‘permissionless’, nor can anything be. A world that has no obligations or responsibilities is not a world that can have growth. The concept of ‘permissionless’ development is purely designed to bypass the responsibilities of corporate citizenship, or any responsibility whatsoever. It is a system without the commitment to long-term growth. It is a means to provide access to the wealth created by other people, to favour a select group that seeks to vampirically benefit based on the efforts of those who work on the long-term good.

Bitcoin is a system designed to be honest, and it is a system designed to enable sound business practice. Building a world that we want to live in, that we would like our children to inherit, a world that is fair to all requires openness and honesty. Bitcoin is not a system that is designed to promote anarchy, and it is not a system that is favourable to those who break the law. Bitcoin presents a structure of rules that encourage openness. The candidness that comes with the system does not require a business to act philanthropically. Still, it allows members of the community to verify such ones that do and to actively make a choice to support the organisations that they see as best serving the community.

Such is why I created Bitcoin.