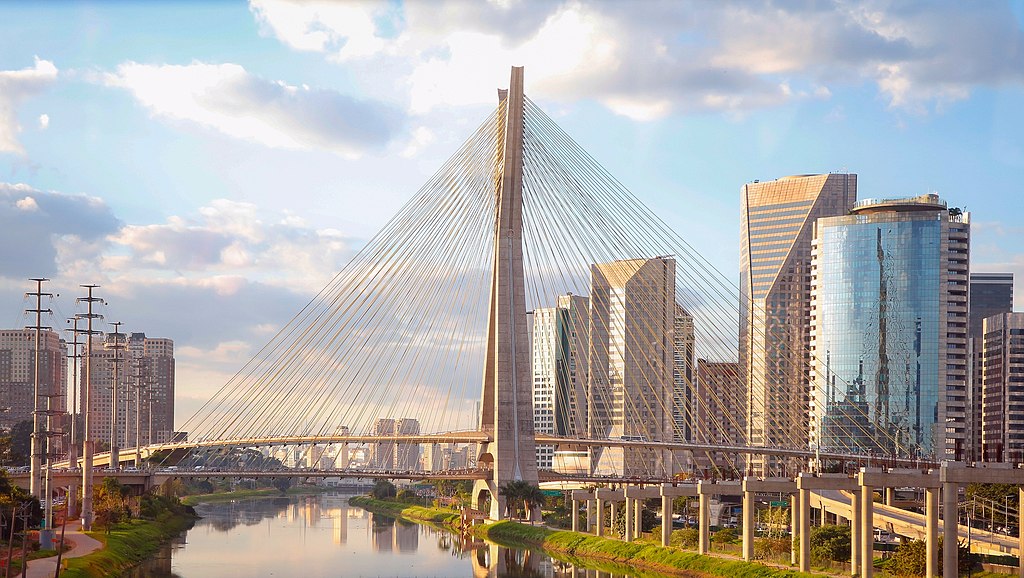 Introduction to Research Questions and Hypotheses

Contel and Wójcik (2019) investigate the growth and decline of financial hubs and the services provided within cities in Brazil. The analysis looks at the locations where businesses associated with finance, insurance, real estate, and the associated professional services provide investment in a variety of formats and the locations where people are employed in industries. The industry sector is defined as financial and business services (FABS), and the investigation extends into the factors that drive changes in the location of the industries within the country. The authors contend that a major economic shift has occurred within postwar Brazil, with Rio de Janeiro (Rio) changing from an industrial to a financial centre. Yet, more recent changes have seen São Paulo rise in dominance and surpass Rio in both the level of trade specialisation and overall population count.

The investigation incorporates an analysis of mergers and acquisitions within the FABS sector. Contel and Wójcik (2019, p. 682) assert that financial centres are best conceptualised as an interplay “between centrifugal and centripetal forces”. In this analysis, centripetal forces lead to increasing spatial concentration with higher densities of both services and people. Alternatively, the moving changes between localisation and agglomeration form an equilibrium between the move to a single central location and a widely distributed and dispersed population. Additionally, increasing infrastructure adds benefits that accelerate the growth of FABS firms through spatial proximity and the delivery of supporting services, including the availability of the retail sector and the legal services industry. Such distinctions describe why the balance occurs between localisation and the aggregation of services, but do not explain why a particular city grows or goes into decline.

Other authors have measured the effects of geographic localisation in countries such as Japan (Nakajima et al., 2012). Such research is focused on either analysing industrial growth or explaining population dynamics (Entwisle et al., 1998). In differentiating their research from many such former studies, Contel and Wójcik (2019, pp. 682–683) have looked at creating methods to analyse the dichotomy that exists between the forces of centralisation and decentralisation within society. By looking into the analysis of the Brazilian economy, Corrêa (1989) is referenced as a source of demonstrating that bank concentration and dispersion aid in restructuring financial networks, especially those within Brazil. Such an approach can be compared with the work analysing capital systems development, transport bases, and energy infrastructure (Santos & Silveira, 2017). Such other researchers demonstrate differing approaches to that taken by Contel and Wójcik (2019), but they are integrated as a means to describe some of the underlying mechanisms that create dynamic change within an urban environment.

Other work cited includes the analysis of interlocking banking networks in Brazilian cities (Rossi & Taylor, 2005). While the development of bank connectivity aids in explaining the status quo and the agglomeration of services within a region, the distinctions noted, such as the “strong positions of Rio in management consulting and advertising” compared to the dominance of finance and the legal services industry within São Paulo (Contel & Wójcik, 2019, p. 683), are not explained by the existing dynamic and model. Rossi et al. (2007) are researched and cited in explaining the dominance of São Paulo concerning the Brazilian economy and its gateway function to the world economy, but as Contel and Wójcik (2019, p. 683) elaborate, “the question of how the concentration, financial centre hierarchy, and specialization changed” across the nation over the decades remains unanswered. To this end, the authors propose a data collection method and process addressing such questions.

Contel and Wójcik (2019, pp. 683–684) use information from the Cadastro Central de Empresas of the Brazilian Institute of Geography and Statistics (IBGE) based on census information collected nationally. The definitions of finance and insurance are said to be consistent within the period of the study. The periods include those measured between 2000 and 2005 and 2010 and 2015. Next, M&A information associated with deals completed between the start of 2000 and the end of 2017 referencing FABS companies that had either been headquartered or acquired within Brazil was collected. A proprietary database provided by Dealogic supported the classification of such information. The information extended into employment data and a comparison between domestic and cross-border activity, and was linked to a later analysis, provided by the Central Bank of Brazil (2017), incorporating a data set covering bank assets.

The analysis was conducted by looking at employment patterns associated with Brazil’s FABS sector (Contel & Wójcik, 2019, pp. 684–685) in 2015. The analysis divided the employment details into cities, the share of overall employment for each city in the region, the calculation of a location quotient, and the analysis of annual remuneration employees across each region. The same information was further divided into stratified sectors of finance, insurance, real estate, and professional services. With this information, Contel and Wójcik (2019, p. 687) presented a geographical concentration index based on regional and state data for employment. The data was then analysed in a separate section introducing the M&A deals within the country and cross-border M&As. Yet, the proprietary database from Dealogic is noted not to maintain or update geographic information associated with companies beyond the listed corporate nationality. As such, the analysis is based on the nominated corporate headquarters and may skew results concerning global organisations and cross-border activity.

The analysis demonstrates (Contel & Wójcik, 2019, p. 686) that Brazil’s financial sector has grown considerably since 2000. Yet, in the same time frame, while employment in finance and insurance grew by about 60%, financial sector employment remained around 2% of total employment, which is demonstrated to be unchanged. Furthermore, the results do not delve into real estate or professional services, despite an original focus on such areas. In part, changes are demonstrated to be associated not with the growth of industries as a whole, but with the development of specialisations. The increase in specialised finance and insurance offerings in São Paulo and the decline of such industries in Rio explain some of the changes in the distribution of services. While most industries remained stable (Contel & Wójcik, 2019, p. 687), a significant decline in real estate between 2000 and 2015 was offset by continuing growth in insurance services. The division of specialist services in each location also captures some of the changes in the overall population dynamics in each city. Lastly, the M&A analysis demonstrated a primary concentration within São Paulo. The growth of M&A activity links directly with the growth in associated sectors, and captures some of the economic changes, while adding a deciding factor towards analysing the financial sector value of the region.

Contel and Wójcik (2019, p. 690) sought to analyse the geographic distribution of the Brazilian financial system through an analysis of labour patterns and M&A activity. The research demonstrates that São Paulo is the dominant financial centre and that as specialisations increase, so does the importance of the region. Conversely, as São Paulo becomes more critical in providing FABS employment, there has been a steady decline in the overall importance of Rio as a financial centre. Yet, while the paper examines changes in the demographics and geological structure of urban regions, it does not answer the question noted by Contel and Wójcik (2019, p. 683) as to why the concentration of financial centre hierarchies and specialisations change.