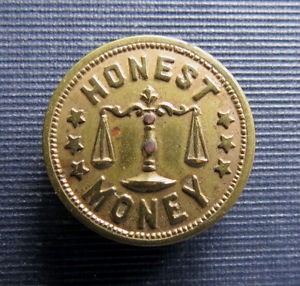 In law, there are provisions concerning the wrongful retention of monies. In the UK, such matters are covered under the Theft Act S. 24A, Dishonestly retaining a wrongful credit.

In such acts, the legislation does not consider more other than that the monies came from a “wrongful” source.

Ensuring that money is honest

The simple answer is to allow your wallet to select and process “coins” based on what you expect to receive. There are some simple means that will always be accepted.

A Bitcoin wallet can be constructed where the received “coins” are not immediately available to be spent — that is, they are quarantined. For example, if an unknown “tracking spam” dusty transaction is received or a payment is received to the wallet without any indication of where it comes from, it is placed into a “warm-storage” isolated container that does not add the transaction to the wallet balance or total.

At the same time, the “coins” that a merchant expects can be made immediately available for spending. For instance, if Bob (a merchant) receives funds from Alice (the customer) where Alice has added the input transactions to a template that Bob provided to her, then Bob knows that it is a valid transaction that he can accept.

Bob could now go through the transactions and either place them into a longer-term quarantine or have them automatically returned. To do so, Bob simply selects the transactions that are not valid, and returns them to the sending address.

It follows that if Bob receives TX(A1) and has no idea where it is from other than TXID and the script template (A1), he simply returns the coin to the address where the mining fee is taken from — TX(A1).

In other words, Bob simply “bounces” the transaction. If Bob cannot explain wealth, then it remains that he will be taxed on it. So, where an amount has been received and it is not wrongful but acts as a “tip” or donation, the taxes in the local jurisdiction would then be accounted based on the isolated amounts.

Not only does such a process ensure that Bob is safely acting within the law, it also means that Bob can easily account for the amounts gained from trade or other means. If there is any untoward or wrongful value accepted, Bob knows that his wallet has not been tainted by such an act, and he will be safe from prosecution or a tortuous claim from a person who has sent funds to Bob in error.

The means used in tracking “coins” in Bitcoin comes from what is known as “dust spam” or several related terms. When a Bitcoin address is reused or even published on the web or in places everyone can copy, the values of the keys can be mapped to an identity of the key holder.

If you receive 1 satoshi (sat) tracking spam, the answer is simple: send it to be mined. Returning a payment to the originating address is legal. And it allows you to take out the reasonable costs of transaction, that is, the mining fees.

The wallet could simply have a weekly sweep feature where all quarantined amounts (under, say, a set limit) are sent to the originating address minus a payment to the miners. In the instance of a 1 sat transaction, the entire amount would be returned to miners. The miners earn more, and so the use of “tracking dust” or spam will stop. Why would anyone seek to waste even small amounts of Bitcoin, if they know it will just be sent to be mined? When no information is leaked by the receiver and such spam cannot be used as a web bug or tracking cookie.

As with other posts, the concept is to allow an address to be used once. When an address has been used, it is cycled. In the key space of ECDSA, there are more than enough values for all people on the earth to cycle millions of times a day for centuries and still never expect to have a collision.