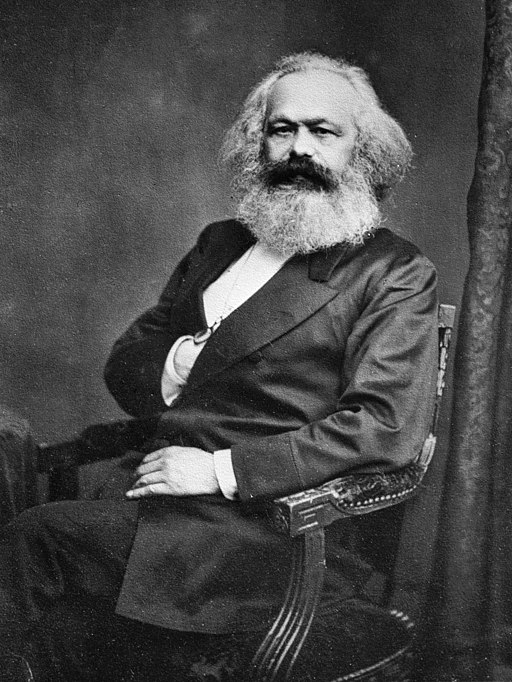 It was not Marx’s﻿﻿﻿ labor theory of value.

As Lutz (2018) argues, it is the position of several French philosophers, aligned with Rousseau, that developed such an erroneous principle. Saint-Simonian criticisms of property derived from the fallacy that the labor theory of value must necessarily lead to a condition where no rights can exist in property. They further rejected the notion of a productive agency.

The claim that is attributed to Marx was, in fact, plagiarised by him. The French Saint-Simonian doctrine (1825–1832) espoused the notion of: “To each according to his ability, to each ability according to his works.” Sen and Nussbaum expanded on the same approach, and the writings of Thomas Ismaÿl Urbain (1812–1884) and Henri Duveyrier (1840–1892) further expanded on the romantic concept of a pragmatic utopia. Such writers and philosophers had a concept of a society without rules, and ignored economics, believing that they could create a world without justifying price or rules of allocation. The underlying thesis of their argument is built on a flawed foundation, that all individuals will aid each other altruistically and that our human nature means that we will always accept each other. It is the rare few who act otherwise. On top of this, the authors believed that only physical labour had value.

In a paper concerning the corn laws in England, West (1826) summarises Ricardo’s observation and the labor theory of value. It had been criticised at the time (Bailey, 1825), and the labor theory of value has since been thoroughly discredited (Hagendorf, 2008; Ebner, 2005). Earlier, Böhm-Bawerk’s criticism of the labor theory of value (Hilferding & Paul, 1919) provided criticism of Ricardo, and Marx then demonstrated how incomplete and contradictory their position was. In particular, Böhm-Bawerk demonstrated that the Marxist approach was wholly unscientific and that not only did it not provide any empirical proof, but it intentionally ignored all evidence. Thus, the scientific Marxist approach was completely unscientific in nature.

In a pamphlet from Karl Marx of the year 1844, titled Estranged Labour, Marx said that we “presuppose private property, the separation of labour, capital and land, and of wages, profit of capital and rent of land”, with the argument that “the worker sinks to the level of a commodity and becomes indeed the most wretched of commodities”. Marx argued that capitalism must end with two classes, “the property owners and the propertyless workers”. In Marx’s words, the proletariat would always be a subsistence labourer, and never be able to gain anything in the face of competition from another proletariat.

To Marx, the church prohibition against usury and money-making money was a foundation of his polemic against profit. Marx did not understand that profit was a measurement that induced competition and helped focus the economy on growth. To Marx and Engels, the world was one of the zero-sum game based on a flawed Malthusian idea of a world without growth. Marx actually claimed that the worker became poorer the more money he earned and the more wealth he produced.

Marx abandons the capitalist system of division of labour, and argues that any product of thought is not real work. Marx and Engels thus argue that financial management, risk-taking, strategic alignment, and other aspects of management are inconsequential and not worthy of investment. In his earlier pamphlets, Marx said that the ideal society was one where we lived “in log cabins made by our own hands through the joint labour of our shared wives”, in a format reminiscent of Plato’s Republic.

Marx was a romantic and an adherent of Rousseau. He saw civil society as something inhuman, and longed for a non-existent society of noble savages living in harmony with the world. Yet, people did not choose to move to cities because they were exploited in the countryside, but rather because they could not feed their family.

Bailey, S. (1825). A Critical Dissertation on the Nature, Measures, and Causes of Value: Chiefly in Reference to the Writing of Mr. Ricardo and His Followers (No. 7). R. Hunter.

West, E. (1826). Price of Corn and Wages of Labour, with Observations Upon Dr. Smith’s, Mr. Ricardo’s, and Mr. Malthus’s Doctrines Upon Those Subjects: And an Attempt at an Exposition of the Causes of the Fluctuation of the Price of Corn During the Last Thirty Years. J. Hatchard and Son.