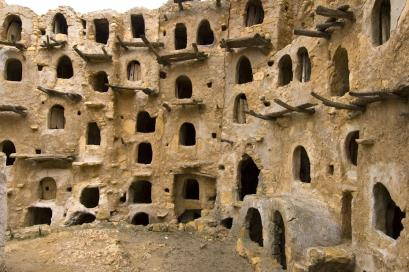 Something that people don’t seem to understand well is that money is not in itself a valuable. Money is simply a measurement of stored debt. It is a call on society for past exchange. Money is the societal contract we enter into to exchange goods and services and, rather than barter, to be able to put down a marker that we can use to exchange for the things we want later. Money is the marker of us selling into the ledger and then taking back out of it.

Value comes from the things we exchange money for.

Many thousands of years ago, the creation of money came from the ability to store commodity goods and have a ledger value associated with your holdings. In the Bible and other associated documents, a talent is used as a measurement of stored grain:

The farmer would need to keep the best seed as 30lbs/13.5kg of seed was used to seed and plant half an acre of land (0.2 hectares). Modern farming is more intensive, and uses nearly double the amount of seed grain.

Starting in the Late Bronze and Early Iron Ages, communities created silos that were excavated into the floors of houses not only for the storage of grain in a single year but to save across one year to the next.Storages started to increase in size as towns and villages became larger. The resulting larger granaries served a communal and administrative purpose, and the farmers would be given a tally related to the weight of grain deposited.

The coinage that we see in common use in the ancient world, shekels and talents, originated as grain receipts. Farmers and other producers would store large amounts of grain following a harvest. In addition, farmers produced straw that could be used in the production of bricks. It led to the origin of trade and exchange. Ones who were better farmers continued to farm, whereas others who could now specialise in pottery, creating bricks, and other artisan trades would be able to exchange goods and services for part of the stored food. It is the origin of money. Value stems from the consumed goods that we have within society. Money is simply a call on that set of commodities which we all seek.

Money itself was and is not valuable, what can be obtained through the ledger that is money has value. Such is the way to look at money. Not as GDP or a call on what GDP captures, but as a call on the individual items being created within the entire economy. Such is the supply and demand aspect of money and goods. It is a calculation that is too complex for any individual to plan and will always be too complex, no matter how powerful our computers become.If Moore’s law was to go into overdrive and continue doubling every year for a thousand years, we might just start to be at the point where a computer that stores every bit of information about everything occurring in society would be able to calculate better than capitalism. Unfortunately, the storage for such a system would require more atoms than we have in our universe.

Money is thus the call at a point in time of goods and services as society values them. If we have more grain, the value of grain compared to other goods will diminish. In a simple ancient economy, the scenario would have been clear. In such a sort of Robinson Crusoe economy, the limited number of goods allowed people to see the balance.

Importantly, it is not how much is being produced but rather how much is being consumed against what is being produced that sets value. If we have 110 units in a simple economy and we are only consuming 100 units and saving the rest, then the value will deflate. Right now, we have a deflationary economy. Economic growth leads to a scenario where we have more every year. Today, we are in the richest Golden Age of all human history, and there is nothing stopping its richness from increasing further. It won’t stop some people from trying to attack growth, but the reality is that we live in a world that is far richer than people could have imagined 100 years ago. What few people understand is that the amount of wealth for every person on earth has increased, and it has increased at a far higher rate than that of population growth.

Inflation is used to balance and hide the fact. There are many, especially in government, who believe that growth is bad. Capitalism and growth are disruptive. They rearrange and reorder the status quo. They allow new people to come into power, and remove such individuals who no longer provide what society desires. Such is the nature of profit.

Money is simply a ledger used to exchange goods and services across time. It allows people to specialise, create, and sell things now or in the future under contract for a promise of a share of the goods that are available at a later time. When scaled, Bitcoin is not deflationary. A vibrant growing capitalist society is deflationary.

Ceteris paribus (fancy economic jargon for “all things being equal”), Bitcoin is neither inflationary nor deflationary at scale. Given a static population without economic growth, Bitcoin would have no growth at all. The growth in the value of Bitcoin in a stationary economy exists only through speculation. In our modern economy, computers become faster, cars become more efficient, and new knowledge and new inventions increase the overall efficiency across society. It gives us more every year than any year we have had before. With only 3.1% growth, we double every two decades. If you think about it, it means that for every person alive in 20 years’ time, they will have double the amount of goods and services we have now.

This is why Bitcoin should be stable. A national currency measures political concerns. Bitcoin used across global systems allows people to track and monitor the international economy both locally and internationally. We’re not there yet; Bitcoin would need to scale massively for such a thing to occur, and it hasn’t achieved the required level, and likely won’t for another 20 years. To do so, it needs to be a global ledger. It forms the basis of what we’re doing with Bitcoin in creating a scaled system. In the next decade, we will have the capacity not just for Visa or Mastercard but to allow all banking transactions to be conducted securely and in a manner that leaves no room for doubt as to whether a transaction has occurred.

The value of money lies in acting as a measuring stick. It is a means of exchanging goods and services across time, and allows people to value and account for capital.

It is what we seek to achieve.