Home » Economics » Proof of State, or, the new Fed 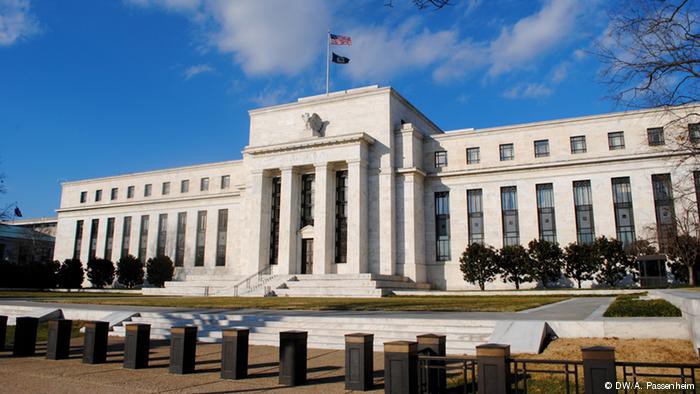 The thing that few see is that we already have proof-of-stake (PoS).

The US Federal Reserve is a prime example of an existing proof-of-stake system with the control of the USD. In the US Fed, a small group of Governors, in other words, plutocrats with little direct skin in the game set policy, and control the system for the “good” of all. In a system such as EOS and one Ethereum seeks to be, we have the same model being propagated.

Unlike proof-of-work (PoW), the small group can act to enrich themselves and their organisations and manipulate the system to “protect the economy” — in effect, to ensure a small group of people in control remains in control. Proof-of-stake is a system designed to maintain the status quo, to ensure that those in power remain in power. It is not about a stable economy, it is about a stable set of power players that are rarely if ever removed.

This is proof-of-stake; once you have power, you maintain power. I have explained this before. The biggest problem is that PoS is not even an efficient version of the US Fed. An oracle database allows for “atomic” encrypted transactions. It does this now. In fact, it can do this across systems more securely, with 1,000x the speed of a system such as Ripple (XRP), and with a far greater lever of security. So, the gains from a “permissioned” blockchain or a proof-of-stake system are negative.

Proof-of-work is about removing the need for the US Fed; in fact, it removes the necessity of the fiat-issuing controls of any central bank. It creates a means to open a trust-free global money, P2P electronic cash for the world. It does not remove the central banks, but it allows for a system that is analogous to the Euro in continental Europe, that is a single money. Sound money. Each nation can maintain a central bank, but they are constrained in the limits of what they can do, as the amount of reserves will flow out of the country, if the local central bank tries to “cheat” and issue more loans and money than they can support.

Proof-of-stake is not new. The addition of a “blockchain” to proof-of-stake, proof-of-authority, or whatever boondoggle scheme a group of scammers think up to milk the “noobs” is not a technical advance at all. It is a sham used to hide a poorly designed permissioned and badly distributed database.

The only thing that secures proof-of-work is competition. It is the need to constantly work to maintain a lead. Even if a single miner manages to achieve more than 51% control of mining power for the short term, they find more profit in maintaining the system.

This is different to PoS where a small group can take from the majority. When the US Reserve bank manipulates the USD money supply, the banks that are a part of the US Reserve receive the majority of the benefits. It is not a system of fair competition, but entrenched power.

The addition of a “blockchain” to a system such as XRP, ETH, or EOS is a mere sham. The blockchain adds nothing. It is a cover that slows the system under a pretence of adding trust-less immutability. The truth is that blockchains can be reversed, they can be unwound.

The only thing that stops this in Bitcoin is the fact that miners compete. Even where a large miner arises, they know that the value of the system is dependent on them maintaining the rule-set, that is not changing the system.

So, if you think that you can create a new version of the US Fed, remember, “blockchain” is a far slower version of an oracle database when used in this manner. Bitcoin uses the blockchain not as a mere database but as a distributed competitive system, an engine of capitalism.

There is no monetary system that allows for one-vote-one-person without sharing full identity. This (PoS) is a system where those without or with little “skin in the game” get to punish others without cause. It is a system where the short-term political winds blow the economy into cycles and bubbles.

Bitcoin is a system designed, at scale, to bring sound money to the world.