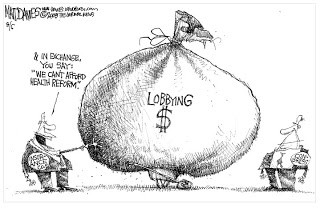 Rent seeking in economics and Crypto

Keynesianism and neo-Keynesian thought seem to be popular despite the fact it has never worked and is based on fallacies such as the savings myth (assuming that savings is bad and lowers productivity) and a predisposition to favour the short term over the long term.

So with the failings of these types of policies, why do well known and vocal economists such as Paul Krugman promote them for all their flaws? Why is it that, despite the negative effects that are reported in high-end academic papers to these policies, these fallacies continue top the taught and promoted?

I would like to propose rent-seeking as the answer. As rational actors (more so than many other parts of the economy), economists have a choice; an easy path (rent-seeking by promoting big-government policy), or a more obscure path of publishing flaws with this view and seeking solutions that create productivity and growth, that is freedom-based solutions.

Why rent-seeking?
Simple; big government pays for reports that support the views of big government. This comes from endowments, research grants, and many other sources of government funding. Conversely, when a report goes against the proposed views of the politicians in power, it is relegated into obscurity together with the author of the report.

An ideal example is the report on the total energy reserves within the US as commissioned by President Carter. The initial report produced by respected geologists noted that the US supply of oil was sufficient to at least 2,300, and that there was at least 4,000 years supply of natural gas. This was based on not only existing use but also forecast demand in the future.

Carter rejected this report. He recommissioned the report with less well-known geologists (actually government officials with little past experience in the field). This allowed him to say that oil supply would probably only be able to keep up with Americans’ demand for six to eight more years. This allowed him to convince the Democratic Congress to create the United States Department of Energy (DoE).

The end was that the respected academic was replaced by those who would say what the government wanted.

Given that oil and gas reserves that are available for an economic return now are larger than in the 1970’s, and the consumption of these reserves is far greater over this 35-year period, I would have to side with the initial report, and discard the report that stated US oil would be exhausted by 1985.

Yet, who is remembered? In this case, the report that mattered was the one that stated the fallacy the government wanted, not that which was based on science and the truth. So why do economists continue with these fallacies?

I say rent-seeking. It is more profitable to take the path of least resistance, and gain credence and funding through rent-seeking behaviour than it is to show courage and maintain the facts.

So, I would say, rent-seeking by economists is logical and rational. Unfortunately, it is not a good outcome.

And, the relationship to Bitcoin…

We now see rent-seeking in Bitcoin.

The developers using Proof of Social Media (PoSM) and the others with an interest but little if any “skin in the game” seek money, and to get this they tell others the lies they wish to hear, or avoid the truth that others need to be told.

Luckily, Bitcoin is PoW, and PoSM and the fatal flaws it brings will end.