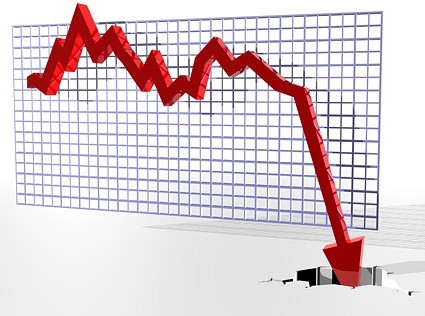 Social security was the start of a crash every bit as large as the 1929 stock market correction. Yet, this event seems to be overlooked and forgotten. This leaves us with a constant set of interventions and resulting crashes as a seemingly infrequent event that come only rarely and not with the changes in government policy that precede them.

Why do I state the interventions that preceded, well, like all other crashes, there is generally a policy of “good intention” acting to make the “world a better place” at then unseen expense (and at the cost of other people’s money).

In 1937, social security came into effect. Designed to “help”and to ensure people had a safety net in case they lost their job, well the initial result was a large scale loss of jobs with a system that had nothing in it to actually fund people for many years. This was followed by a scheme that constructed upon a pyramid built on the notion that the population will always increase sufficiently to fund it into the future.

The start of social security in the US took a large sum out of the economy. The growth of government spending crowed out private investment and the result was a widespread loss of jobs. In fact, it lead to nearly 19% of the US workforce being made unemployed. So much for a Roosevelt lead recovery from the great depression.

What followed next was worse, corporate profits slumped. Due to the downturn in the economy as people could no longer fund their prior expenses and stopped consumption, corporate profits were directly affected and were cut by as much as 80% of the lowered profits seen in the already limited years of the early 30’s. Industrial output slumped by over 40%.

The result, long relief lines as those seeking aid rose. In fact, these people were coming out of the proverbial woodwork. In the year following the introduction of social security, the number of people requiring help rose by 400% in cities such as Detroit.

It was another four years before the US economy started to recover from this act of good will. Yet, we continue to fail to see the cause of crashes as interventionist policy and maintain the cause as business cycles. It was also the start of a symbiotic and generally wasteful cycle of what many call the military industrial complex.

Maybe we would all be better off if we started to see business cycles as a consequence of uncertainty generated through political “good will”.

This is one of the reasons we need a global money — Bitcoin. As a translucent and immutable ledger, it provides the means to monitor and report on all government spending and hold those in charge accountable. This is not only something that allows us to hold corrupt government accountable, but also to ensure that no government can hide the waste it creates.

Democracy works best when the sun can show the festering aspects of those areas we try and hide, the corruption, the waste and the bad policy. This is a part of what Bitcoin delivers.