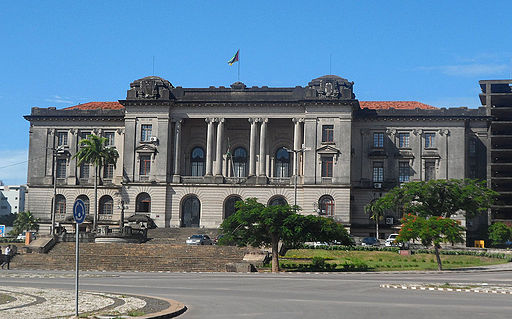 The Republic of Mozambique (hereafter Mozambique) is a sub-Saharan African nation on the Swahili coast. The country gained political independence from Portugal on 25th June, 1975 (Marshal, 2019). Following a period of upheaval, the country entered a period of single-party Marxist domination in alignment with Cuba and the Soviet Union between 1977 and 1992. Following another period of civil wars and unrest, Mozambique held elections in 1994, where the ‘Mozambique Liberation Front’ FRELIMO came to power under Joaquim Chissano. An interesting side note is that the return of refugees from formally Commonwealth nations to the democratic Republic of Mozambique led to the integration of the country with the Commonwealth of Nations, making Mozambique the only country that has never been part of the British Empire to be accepted into the Commonwealth (Satyanand, 2018).

The government of Mozambique presents a unitary dominant-party constitutional republic. Since reaching independence in 1977, the government has acted under a unicameral legislative assembly. The opposition party, RENAMO, has contested elections claiming election fraud. Support for such claims has been provided by international observers, including members of the EU Election Observation Missions (Forquilha, 2020). Of concern following the series of allegations was the rise of Islamist insurgency groups. From 2015 on, the Islamic State in Iraq and the Levant (ISIL) forces have conducted an ongoing series of attacks and terrorist actions within the country. Insurgencies are extensive within the Cabo Delgado province in the north, with Islamic fundamentalists seeking to obtain a foothold and establish an Islamic state in the region.

The republic is based upon a formal written constitution with both a prime minister and a president. The country is of a majority Christian faith, with a small but significant Islamic minority. The president of Mozambique is the head of state and head of government. A government body exercises executive power under ministers, with legislative power vested nominally in a combination of both the government and the assembly of the Republic. Carolini (2017) refers to Mozambique as having a weak democracy.

Yet, the Economist Intelligence Unit provision of a democracy index in 2019 designated the regime in Mozambique as authoritarian (Democracy Index 2019, 2020). The reason for the reporting of the country’s authoritarian state lies in the claims of voter fraud and the restrictive political nature of the government. In particular, the country has had a single-party landscape without significant change since 1977. Other than the Islamic insurgencies, the country has been stable overall. In the recent period from 2015, the level of corruption within the country has started to decrease, and the National Assembly (legislature) has started to exhibit dominance and independence, which is likely to lead to an increase in the involvement of citizens within the country and provide more democratic oversight (Lorch & Bunk, 2017).

The judiciary is comprised of a Supreme Court, a provincial district, and municipal courts. The country is divided into ten provinces that act as administrative divisions with separate branches of government. Control Risks (‘Party and State: Mozambique’s politics and policy ahead of the 2019 elections’, 2017) explains that the country is transforming. Although the reelection of President Nyusi in 2019 adds to the stability of the country, it is expected that increasing knowledge and involvement through better access to the internet and information will lead to significant changes in the coming decade (Forquilha, 2020), even though overall literacy and access to the internet remain low.

The debt crisis within the country increases the risk to investors and the economy; it also provides opportunities with the government seeking international investment. Yet, significant levels of corruption continue to exist. Foreign investment firms must ensure that they maintain strict compliance with regulations within the country and maintain the image of good corporate citizens. The pressure from the International Monetary Fund (IMF) has been leading to new legislative frameworks that, over time, are likely to reduce the levels of fraud within the country but will be stricken with uncertainty in the immediate time frame—because of entrenched concerns in seeking to maintain their vested interest in state-run enterprises. Mairoce, Silberberger, and Zweynert (2020) argue that such levels of fraud and the move to change the structures within the country could lead to the political marginalisation of the government and increase the chances of a future civil war.

Mozambique is politically stable, but faces many problems in the north. The rise of Islamic activists is undermining stability, and has led the government to violate human rights in the pursuit of suspected terrorists. The insurgency has increased extra-jurisdictional executions, torture, and handling of individuals and civilians who are within the contested regions (‘Mozambique: No justice for victims of three-year conflict in Cabo Delgado which has killed over 2,000’, 2020). Of particular concern, the detention of journalists and researchers has been increasing in the last year. The control of the media is highly restrictive, and includes television and radio. The low level of literacy in the country (Salgado, 2014) limits access to newspapers and internet reports. Control of the media also limits the ability of the country to interact in a global environment with increasing requirements for individuals to be able to act online, which in turn requires literacy. Only 4.8% of the population has access to the internet, which makes it one of the technically least connected countries in Africa (Evans, 2019).

The low level of internet access, combined with the growing insurgency in the north of the country and restrictions on the media, decreases the long-term stability of the country, and may lead to further insurgencies. Of note, the government crackdown on insurgencies and Islamic groups has led to a marked decrease in injustice. Of immediate concern is the rise of jihadist terror groups, that seek to create a caliphate and are targeting the majority Christian population to this end (‘Jihadist Group in Mozambique Announce Goal of Caliphate | Persecution’, 2020).

Forquilha, S. (2020). Decentralization reforms in Mozambique: The role of institutions in the definition of results (No. wp-2020-132). World Institute for Development Economic Research (UNU-WIDER).

Marshall, J. (2019). Literacy, Power, and Democracy in Mozambique: the governance of learning from colonization to the present. Routledge.

Mozambique: No justice for victims of three-year conflict in Cabo Delgado which has killed over 2,000. Amnesty.org. (2020). Retrieved 8th Nov. 2020, from https://www.amnesty.org/en/latest/news/2020/10/mozambique-no-justice-for-victims-of-three-year-conflict-in-cabo-delgado-which-has-killed-over-2000/.

Party and State: Mozambique’s politics and policy ahead of the 2019 elections. Controlrisks.com. (2017). Retrieved 8th Nov. 2020, from https://www.controlrisks.com/our-thinking/insights/party-and-state-mozambiques-politics-and-policy.