Home » Economics » The Japanese Processes of Unification and Reunification 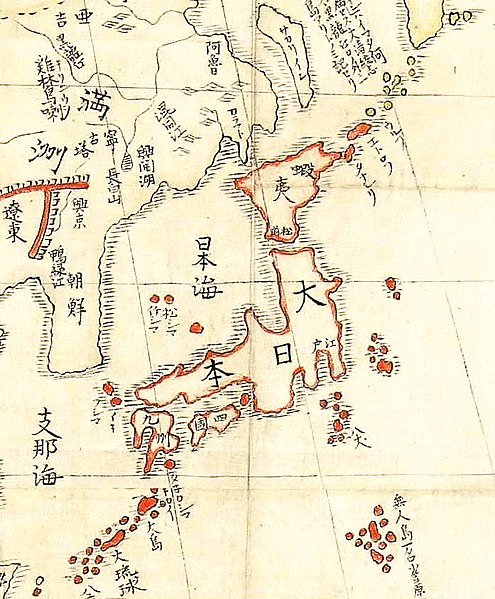 The Japanese Processes of Unification and Reunification

The opening of trade between Europe and Asia in the 15th century led to the arrival of Europeans in Japan in the 16th century and the introduction of new ideas and technology. In 1543, Europeans started trading and introduced the arquebus into Japan, which was taken up by several of the daimyo, such as the Oda clan. The introduction of new ideas and new technology had caused the underlying problems that would be fomented through and remain from the end of the Ōnin War (1477). The Kaga Rebellion and subsequent period of civil discord over the 16th century led to the integration of such new technologies, with Oda Nobunaga going from an insignificant position of a provincial lord to becoming a significant political force, up until his assassination. The continuing discord led to the siege of Odawara, where Toyotomi Hideyoshi succeeded in unifying Japan under his rule and then seeking to expand into the Asian continent.

Oda Nobunaga had nearly brought about the end of the instability that had plagued Japan for nearly a century. Toyotomi Hideyoshi became Oda’s successor, after rising from the ranks of the ashigaru (peasant soldiers) and assassinating Oda. His common birth and lack of a noble title excluded him from succeeding in the role of Sei-i Taishōgun or shogun. The lack of a formidable Japanese navy allowed the Korean Joseon naval forces to repel the Japanese multiple times. On his death, Toyotomi appointed a counsellor in five regions to act until his son Hideyori came of age. The five individuals were Tokugawa, Maeda Toshiie, Ukita Hideie, Uesugi Kagekatsu, and Mōri Terumoto. The death of Maeda in 1599 caused this uneasy peace to collapse.

In 1592, Hideyoshi attempted the first invasion of Korea, followed by a second one in 1597. Such attempts to expand Japanese territory into the Asian mainland were expensive, and caused unrest between many of the feudal lords. Because of such discontent, Tokugawa Ieyasu raised an eastern army that was used to attack the Toyotomi forces during the Battle of Sekigahara (1600). In the ensuing three years, Ieyasu consolidated power, forming the Tokugawa shogunate in 1603. Consequently, it can be argued that Hideyoshi’s failed attempts to extend his power outside of Japan into Korea and the Asian mainland, and his failed naval endeavors, led to the conditions that allowed the Tokugawa shogunate to consolidate control and unify Japan.

The scenario differed from the consolidations that came about after the Heian period. Following the introduction of Confucian and mainland Chinese concepts into Japan during the Heian period (794–1185), the power controlled and expressed by the imperial court slowly declined. In neglecting government administration outside of the capital and embracing artistic pursuits that many saw as nobler and in alignment with contemporary Chinese court ideas, the necessary bureaucracy required to manage the former nationalisation of land that had occurred through the formation of the ritsuryō state system began to degenerate. Nobles sought to have tax-exempt private shōen manors, and by the 11th century, Japan had devolved into a feudal state where the central government was not able to raise sufficient tax revenue. Throughout the Heian period, the Japanese missions to the Tang dynasty in China started to decline. Yet, informal missions of monks and scholars continued to help transmit information between Japan and the mainland. Such isolationist policies increased the development of native Japanese art forms and poetry.

In 1185, Minamoto no Yoritomo succeeded in consolidating power, and instigated the Kamakura period (1185–1333). From 1192, the emperor declared Yoritomo Sei-i Taishōgun, and Japan entered a period of military rule that was not removed until 1868.

By the 15th century, trade and commerce with China and Korea had increased significantly. Even as Japan had isolated itself through some periods, China was still considered to be a more worthy opponent, and Hideyoshi, who was discussed before, maintained dreams of not merely invading Korea but continuing to invade and conquering all of China. Even as the mainland was isolated politically, it acted to promote the hopes and dreams of many leaders with desires for more power. Following the Europeans’ expulsion by the Tokugawa shogunate, China and Korea remained the only countries permitted to trade with Japan outside of the isolated, highly controlled Dutch trading port on the island of Dejima.

The sending of students and officials to China during the Sui and Tang dynasties, and the subsequent formation of imperial embassies, allowed Japan to introduce the imperial government’s Chinese model. By the 10th century, traditional Japanese clan and family rivalries had fractured the model, disintegrating the early state’s unified nature. After several attempts to reunify and consolidate power by the Tokugawa shogunate, Japan was unified under a central government and shogunate. Following the 1593 truce with Korea, Hideyoshi was granted the title of “King of Japan” by the emperor of the Ming dynasty. Yet, Hideyoshi saw the title as an affront by the emperor of Japan. The invasions of Korea caused the irreparable economic cost to the Ming treasury, leaving China weakened and allowing the Manchu forces to eventually destroy the Ming dynasty. The invasions of Korea instigated the secession of the Qing dynasty in China in 1644. Consequently, the interactions between Japan and the mainland had profound effects both ways.