Home » Economics » The problem of Keynes 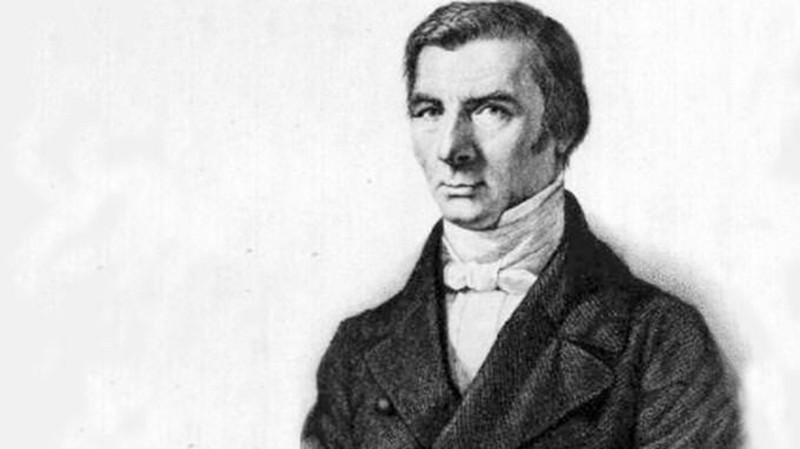 Basically, the GDP argument is based on the “Broken Window Falacy” of Bastiat. There are English versions of it (though I prefer the original).

Old J M Keynes made the argument that the building of an utterly valueless (he stated useless) pyramid could “stimulate the economy, raise aggregate demand, and encourage full employment.” He argued how war and terror help the economy. Would you prefer his quote:

If the Treasury were to fill old bottles with banknotes, bury them at suitable depths in disused coalmines which are then filled up to the surface with town rubbish, and leave it to private enterprise on well-tried principles of laissez-faire to dig the notes up again (the right to do so being obtained, of course, by tendering for leases of the note-bearing territory), there need be no more unemployment and, with the help of the repercussions, the real income of the community, and its capital wealth also, would probably become a good deal greater than it actually is. It would, indeed, be more sensible to build houses and the like; but if there are political and practical difficulties in the way of this, the above would be better than nothing.

Please explain how digging in tips is better than nothing? Spending theories are popular with statists — which Keynes was. He was a paternalistic, arrogant fool.

Keynes — “Spending is spending no matter what the objective.”

The flaw of course is that work is not wealth. Working harder means little (see below). The value of an iron worker’s muscles is 2.5 kg a day of pig iron. This is what an efficient black smith can make through muscle. Value is added through intellect; when ways to “work smarter” are found. The goal is not to work, but to make wealth. Wealth makes society better off, not work.

Work itself does little to improve one’s situation. Making one’s own clothes makes little sense, though this makes work.

But Smith revealed the “real source of wealth.” Smith showed how production and exchange were the keys to the “wealth of nations”, not the artificial acquisition of gold and silver at the expense of other nations. To quote: “the wealth of a country consists, not of its gold and silver only, but in its lands, houses, and consumable goods of all different kinds” (p. 418).

Wealth should be measured according to how well people are lodged, clothed and fed. FDR destroyed food, this was not production. FDR’s NRA jack-booted thugs in the clothing industry (as an example) would patrol the rag industry bullying people out of stores and “interrogating them” — banning night work and those who came up with more productive ideas (as this would drive others out of business).

Read the NRA codes, if you dispute this.

In 1763 Smith stated, “the wealth of a state consists in the cheapness of provisions and all other necessaries and conveniences of life” ([1763]: 83). Smith’s discussion of wealth asked, what could bring about the “greatest improvement in the productive powers of labour?” A favourable balance of trade? More gold and silver? No, it was a superior management technique, “the division of labor.” A result of mind and intellect.

Smith’s example of the workings of a pin factory, where workers were assigned eighteen distinct operations in order to maximize the output of pins (1965: 3–5), is a case in point. Working harder is not the answer, smarter is. Furthermore, expanding the market through worldwide trade meant that specialisation and division of labour could expand. Through increased productivity, thrift, and hard work the world’s output could increase. Hence, wealth was not a fixed quantity after all, and countries could grow richer without harming others ([1763]: 83).

How can production and exchange be maximised, and thereby encourage the “universal opulence” and the “improvement of the productive power of labor?” Smith provided the answer: Give people their economic freedom!

“The shoemaker when he exchanges his shoes for bread has an effective demand for bread.”

Ricardo attributed post-war depression and unemployment to a mismatch of supply and demand, rather than to under-consumption.

Keynes in Chapter 3 of General Theory states Say’s Law as “supply creates its own demand”, which he interprets Say’s Law to mean “that the aggregate demand price of output as a whole is equal to its aggregate supply price for all volumes of output.”

Keynes was of course in error.

Say’s Law refers to a produced item representing demand for other goods, not for the self same good.

Say’s Law does not equate supply & demand as with Keynes’ dogma that Say’s Law requires that anything which is produced is sold. There is no state in reality where supply is a precondition for demand. Supply equals demand at the clearing price on a supply/demand curve. Demand can exist without supply. Keynes was in error when he equated supply/demand curves with Say’s Law. Supply may constitute demand, but demand does not constitute supply. Consumption can never exceed production — to state so is a contradiction. The means to buy first require having something to sell. Supply of a good can constitute demand for other goods.

Murray Rothbard stated Keynes’ error as he “possessed the tactical wit to dress up ancient statist and inflationist fallacies with modern, pseudoscientific jargon, making them appear to be the latest findings of economic science.”