Home » Economics » The Source of Dignity 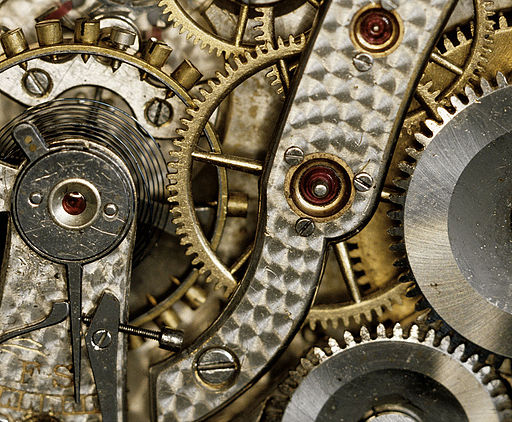 It is common to see reflections on dignity and many individuals who have never been poor reflect on helping others. In doing so, many of them talk about dignity. Dignity is a far more straightforward concept than many people like to believe. It is not achieved through equality, nor is it achieved by merely having a job. Dignity is a product of being valuable. In a sense, value is not subjective, but something measurable, especially to the individual involved. To create value, you need to provide more than you take. It would be best if you delivered something that other people value. Because you rely on other people’s interpretation, such value is no longer subjective.

Here, we see why it is impossible to give people make-work positions and also give them dignity. For the same reason, handouts and income-redistribution schemes will never work. When you do valuable work, you can understand why it is valuable. In an age of subjectivity, people believe that subjective value sets the worth of what they do. The error lies in the fact that people are social creatures. We are derived from tribal ancestry, and form hierarchical social groups. As much as many postmodernists would like to disagree, we cannot escape our genetic foundations.

Humanity does not gain dignity by looking at others’ works, which is merely a path of desire and greed. Dignity comes from doing a respectable job. It is finding a place in society, with a role that we can fulfil. In a dynamic system where corporations and technology change rapidly, we can leave many people believing that they have no place. In many instances, such a belief stems from not being able to move into a new role. Whether for fear or hubris, many individuals remain stuck in the past.

We are taught that we all need to be equal, yet the only path to equality is a path to the bottom. It is not possible to raise all people to the level of geniuses. Most people will never be Newton or Einstein or da Vinci, nor do they need to be. To have dignity, we merely need to do more than we take as valued in society. Consequently, dignity requires growth. In a growing society, and a growing economy, people can feel that they are adding value. But, many of the measurements associated with growth are valueless in themselves. The movement of monetary instruments between financial organisations is not growth. The appreciation in the price of housing property is not growth. Growth requires the development and creation of new capital, new products.

Here, of course, lies one of the Marxist attacks on modern society. And I say Marxist because their discredited and fallacious philosophy is shared across our universities and even with many bureaucrats. Marxism and its derivatives form a philosophy of envy and wanting to pull others down because you cannot reach their level.

The janitor who does an excellent job keeping the halls clean can lead a life of dignity. It is not the janitor whose life is undignified, but the writer and socialist commentator, noting that the janitor could be more and is not getting paid enough or that they are being undervalued, who is undervaluing their work. Markets set monetary prices. Through the same methodology, markets efficiently allocate and distribute the amount of value that society places in a role—relative to the number of individuals prepared to perform it. For the same reason, top sportspeople are paid more than teachers.

It is not that we do not value teachers; it is that there are far more teachers than there are professional sportspeople. The market pays people at the margin.

Teachers may not be happy with their salary. Still, one of the problems associated with set payments to individuals under government rules is that the market does not associate results with payments. There is little incentive to be an educated STEM teacher in the UK. Many teachers holding classes in physics, mathematics, and chemistry in the UK do not have a primary degree or a qualification in the subjects.

A mechanical watch is an intricate collection of many different components. In a well-designed watch, each intricate part interacts with another forming a system that works smoothly. The smallest and the largest cogs all work together. Even the smallest cog thus becomes a critical component of the system. When an individual is part of an integrated system that delivers value, they feel needed, and dignity is created.

Unfortunately, many of the existing top-down control systems have greatly influenced how society assigns individuals to roles. By interfering with the market, many roles, such as those in education, have been skewed for political gains, leading to both a lack of dignity for those involved and waste. The result can be wasteful because it does not deliver outcomes that people find valuable. It is not the delivery of empty university degrees that makes a country economically strong; it is creating individuals who can innovate and develop new concepts and the integration of individuals into roles that allow them to live dignified lives.