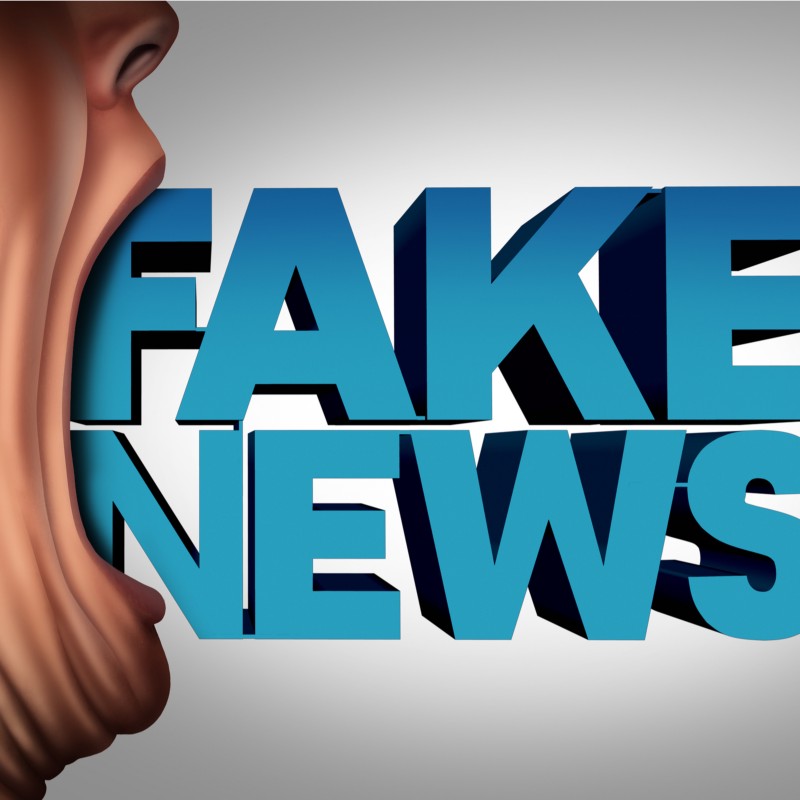 Truth in advertising is something that many people would call an oxymoron, but with the advent of social media, we have become even more cynical, and it has become common to see the promotion of more than questionable content. Di Domenico & Visentin (2020) explore the nature of fake news and problematic information in their article entitled Fake news or true lies? Reflections about problematic contents in marketing.

The authors investigate a multidisciplinary study of multiple scientific papers and managerial reports as a meta-analysis. They use the definition of fake news described by Allcott & Gentzkow (2017, p. 213) as something that goes beyond mere “bullshit”, whose originators fail to care whether it is true or not (Frankfurt 2005). Here, they are defining fake news as something that is intentionally and verifiably false. Fake news or “true lies” are not merely the result of poor research, but, more accurately, one of promoted activities which are intentionally designed to mislead.

The researchers demonstrate that misleading content has been spreading virally at an increasing rate. Technology is promoting not only access to information, but the ability to create ‘cheap fake’ and ‘deep fake’ counterfeit information. It is noted that it becomes simpler to promote conspiracy theories. The ease at which companies can now create and spread false information is leading to an information pandemic that could be more dangerous than viral epidemics. The negative impact of such misleading pseudo-knowledge undermines the valid trust that responsible organizations have built over the years.

Such reports are valuable. The concept of conscious capitalism (Mackey & Sisodia 2014) is one that requires trust in organizations. If people are to be part of a process that builds a healthier and more resilient society, they need to be able to believe and trust in the process. Suppose consumers cannot believe in the organizations that they seek to invest in or to buy products from. The scenario is likely to end with a race to the bottom. For a brand to differentiate itself and to expend extra capital on creating a sustainable product, people need to see the benefits available—and not have them diminished through sham offerings and counterfeits that are unlikely to provide benefits such as sustainable sourcing. Although it is possible to set up an exploitative business that is profitable in the short term, consumers will generally reject the offerings, leaving the company or product, once the consumer comes to understand that they are being exploited, to fail.

The research delves into a wide meta-analysis of articles on fake news and other problematic information. In doing so, the paper provides a means to investigate how marketing can increase the awareness of sham information, amongst both consumers and marketers. We could see that the research is particularly cogent when it comes to vulnerable consumers. If a business is to be perceived as trustworthy by the communities they serve, the business needs to be recognised and judged based on true actions; not through the falsely promoted sham material that is being advertised on many social media platforms. Where organizations allow fake news and fake promotions, they allow for the erosion of trust in responsible business. Such attrition in confidence occurs because acting for the long-term creation of profit requires short-term investments that will not be returned if nefarious actors can undermine them.

Palmer and Hedberg (2013) make a note of the moral and ethical problems associated with marketing to the vulnerable. In an age of fake news and counterfeit information, it becomes all the more simple for hucksters to take advantage of outlying aspects of the community and, in doing so, to erode away the waning confidence that many people have in our capitalist society. But it’s not just society. Individual corporations need to take charge of the message that is being conveyed about their brand. Failure to control fake news, while allowing misinformation, significantly erodes brand equity (Berthon & Pitt 2018).

The results are not all negative. Companies, if they maintain substantial brand control and actively and aggressively fight fake news, can turn marketing threats into an advantage. Organizations such as Unilever have recently taken a stand against fake news and promotion of hatred on Facebook (Hern 2020). Such moves form an essential part of ensuring that stakeholders pressure social media companies into adopting stringent standards to improve the quality of news and information that they distribute. Most offerings involving criminal activity and fake news are subject to economic forces, and as the cost of providing fake news increases, the quantity is likely to decrease (Wright 2012). The actions taken by Unilever are laudable, and others join them in fighting to mitigate false information. In doing so, we promote honest business and ensure that the susceptible are not exposed. By acting together in opposing fake media, it becomes more straightforward and less expensive for responsible organizations to maintain their brands.