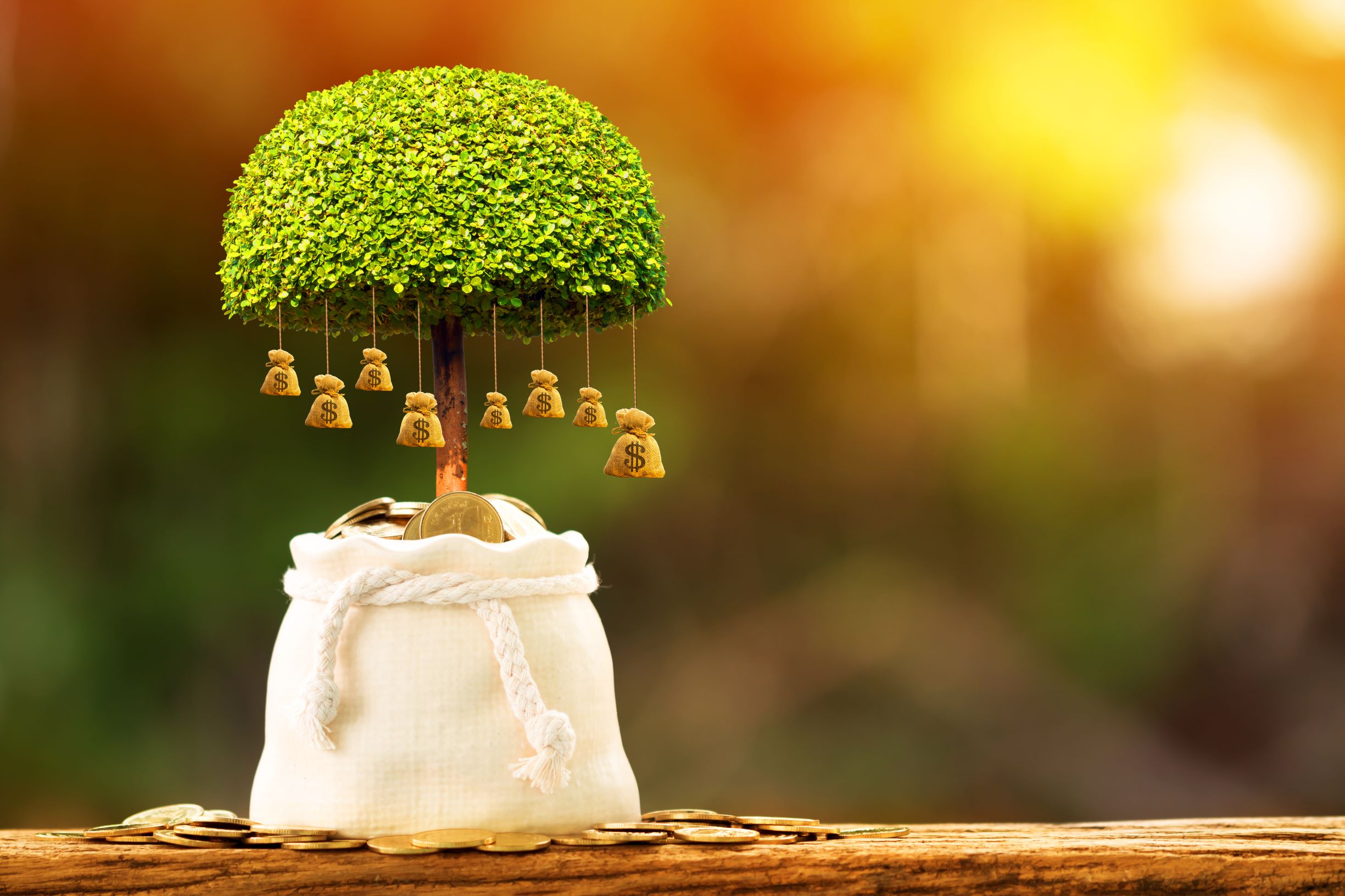 Many in Silicon Valley and others like to promote the false concept of artificial intelligence (AI) and, specifically, how AI and automation will replace people. There is one reason they do so: to confuse people and allow a few technocrats to maintain control. Machine learning or statistical learning is about the most unintelligent thing in the universe. What it does is it allows individuals in positions of power to hide behind algorithms. It allows them to create a system that acts upon their will and say that it is really the will of a machine. But no machine has values or a will; no machine has a desire.

Whether we talk about Marx or Keynes, the concept of automation leading to too much leisure and thus the concept of the privileged class needing to lead the masses in accordance with the Fabian socialist ideal are not new. In Silicon Valley, the same idea has been turned into the techno-communist dystopia as they seek to pull the wool over our eyes and create a world based on control and selling our information.

Capitalism is about the entrepreneur.

The entrepreneur creates new systems, which don’t need to present a massive scientific breakthrough but can even form something as simple as a business process that allows them to improve society. To do so, they require capital as investment. Such investment is all too often confused with vulture capital, yet the majority of capital investment is of a different nature, which includes family resources, banks, or the money that is used when people buy franchises or start new businesses.

Successful entrepreneurs may become capitalists in time. But the reality is that most people from the middle class are already capitalists; you become one when you invest money, and even when you hold a savings and investment plan. What few people understand is that the amount of work is unbounded. There will never be a shortage of work, nor of goods. It always comes down to a trade-off: Are you willing to work for what is being offered? Is the work being applied correctly and where it brings the most benefit? Are you wasting effort?

This is where capitalism benefits. It is a system that works with rules and within order. It is a means of measuring the wants and desires, that change moment by moment, of a non-uniform mass of people and a means of sorting conflicts between what people want and what is available.

The ability to have zero unemployment exists right now. It doesn’t occur because we allow people to have free choice. We allow people to have the option not to work. And it is an option because there are always alternatives. In a society that has a safety net, people choose not to work rather than work. People choose to stay where they live and near their families rather than move. Such choices are all open to some, but not to others. For many of the poor people on earth, the option of staying in one place and not taking up migratory employment is unavailable. And yet, it is because we are spoilt with choice in the West that we choose to live as if we had no options.

In the West, nobody is restricted from education. You may say otherwise, but the reality is that every hour of watching reality TV, taking Instagram pictures, or checking Facebook updates is an hour that could be spent bettering oneself. With the availability of free education, with libraries and, more importantly, online access to some of the most challenging works in human history for no cost, the only excuse is one that lies with oneself.

Some will argue in terms of privilege. They will tell you that it’s not fair because they come from the minority of the weak. What we see is a form of self-pity from people who refused to take action to improve themselves. In every city, jobs exist that nobody wants to do.

Each and every time you decide it would be simpler to sit down and grab a beer and watch television, you bypass an opportunity to read a great book, to study a technical problem, and to educate yourself further. Each time you come home from a job you don’t like and slouch about, you make a decision to accept the life you have. Herein lies also the reason why many people join protest movements. It’s simple, and it allows them to pretend they’re doing something when they’re really being lazy. It doesn’t require much thought to hand out leaflets and to join a religion, for much of what people talk about as true problems makes for a religion.

Those who are part of cult-like movements such as Extinction Rebellion are simplistic fools who would not be able to get their own life in order and rather than attempting to do so, choose a religion based on hate and pessimism. For such cults are nothing more than religions. They allow individuals to believe that they are doing something, when in fact they are nihilistic and destructive. They let people pretend to take up arms for what they perceive is their true calling, when in fact they are merely tilting at windmills. Mostly, it becomes an excuse. It’s an excuse to say that they don’t need to change because problems exist outside of them. It’s an excuse where they can say that it’s not their fault. They can blame others and say that society is wrong rather than look close to home and decide to fix things themselves first.

Those who are part of movements such as Extinction Rebellion and the Voluntary Human Extinction Movement simply hate. They hate themselves, and because of they do, they take it out against others. Rather than learning, building, and creating a better society, they simply desire to tear it down and end it. There is nothing without humanity that matters. Anthropomorphising the earth as Gaia simply fails to recognise that the earth is not a living entity and that the earth does not have desire. The reality is that humans and only humans have developed a conscious desire and ability that allow us to explore and develop; no animal has ever done so other than us. In time, all life on earth will end unless we develop technology to change it.

There is one thing that has been true throughout the existence of humanity: we create. And in doing so, we find solutions to all of the problems that exist.

We Are Not in an Era of Decline.

The world is at the start of a golden age. Every year is better. Every day is better. Every single day that passes leads to less poverty, more vaccinations, healthier lifespans, and more freedom throughout the world. Some will try and tell you otherwise, but the facts of the matter speak for themselves.

It remains that there is much to do, but there will always be much to do. No matter how much we do, there will be more to do. Yet, in the last two decades, extreme poverty has been cut in half. Not only that, we have a larger population, and we have reduced the number of people in poverty. The earth will not collapse with 10 billion people. In fact, if 100 billion people existed today, they would be fed and clothed, and the earth would not be collapsing. In the past 10,000 years, everything that humanity could want has improved. Access to clean water, access to healthcare, literally anything you can name has improved. Comparing what you have to the best of what is available is not the same as comparing what you have now to what was available 20 years, 50 years, or 100 years ago. In the West, the richest of us 100 years ago had less access to many things we take for granted than an uneducated tradesman does today.

The true answer, the true solution to all our problems is to do what we have been doing for the last 10,000 years: to remain human. To invent new things, to create new things, and to form solutions. The only way we fail is to accept the nihilistic ideas of those who hate humanity and all that they are and seek a world without our existence. One where they have destroyed humanity in a mass suicide, so that they can argue that they won’t be alone. It’s one associated with Extinction Rebellion and all who follow them — those who seek comfort in a cult because it’s simple. As they are placated and they don’t need to work hard, they don’t need to take responsibility; they can blame others, and so they blame business and capitalism and government. It stems from a mentality that lets people focus on the external, and so rather than changing themselves, rather than learning and educating and developing new solutions, they allow themselves to live in a world where they can simply blame and hate.

In the press, they say: “If it bleeds, it leads.” In an endless quest for click-bait advertising, we have been indoctrinated to believe a falsely pessimistic view of society in the world. In 2017, we had the first year of no crash of any commercial passenger plane at all. Yet, we look at the few isolated instances as if they were the norm.

“Weird Al” Yankovic summarises it well in his parody song First World Problems, with lines such as, “The thread count on these cotton sheets has got me itching,” and, “My house is so big, I can’t get Wi-Fi in the kitchen.”

The reality is quite different to what most people believe. We live in the most prosperous time in human history, and next year will be better. A decade from now, it will be better again, and our children will live better lives than we can imagine. The only thing to be gloomy about, the only thing to despair of is that some people slow such growth down to a trickle and limit the rate of change in society.

It is the entrepreneurs in society who create change. Although change is disruptive, and in the short term, it seems to cause problems, it is such change that leads us out of poverty and into a world of plenty.