Home » Education » Time, History, and Politics through the Eyes and Ears of Shakespeare 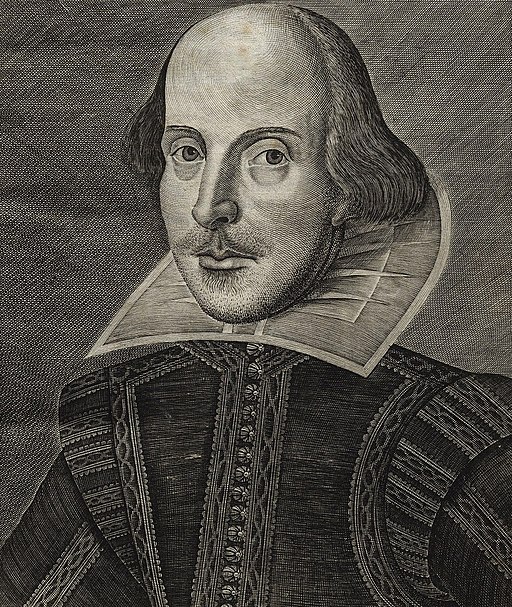 Rather, Shakespeare failed to match the historiographical quality of analysis often attributed to his work (Pugliatti, 1995). Authors such as Malden (1896 28) attempt to align Shakespearean events with those that occurred in mediaeval history; we see the argument of the developing nature of the Englishman and the just rule with the usurper falling to the defection of undesired national characteristic (29). In this analysis, we see historical events, but as demonstrated in the following article, Shakespeare used historical events to form a concept of a character. Thus, the powerful psychological messages portrayed throughout William Shakespeare’s works are not any less compelling just because they are not historically accurate.

Importantly, an ongoing analysis of Shakespeare’s work and the growing knowledge of the historical events at the time allow us to start to understand the reasons behind Shakespeare’s manipulation of history. For example, in Macbeth, when Shakespeare has the lady call upon the spirits to “un-sex” her and makes her cold, hard, and ruthless, so she may accomplish the deed that will have her husband complete and ascend into royalty, history is replaced by the prey of “vaulting ambition, which o’erleaps itself” (Macbeth) to achieve fame and fortune.

For example, in part II of Henry IV, Shakespeare has the King’s death follow almost instantaneously after the victorious conquest of the rebels. In reality, eight years occurred between these events. The primary issue in Shakespeare’s history plays concerned the legitimacy of the King’s reign and the questions that surrounded it. Henry IV’s grandfather, Edward III, had an elder son named Edward, the Black Prince. Unfortunately, the Black Prince died before his father’s demise. Following this, the throne went to his son, Richard II. During this time, many problems occurred, and the Regency that limited the rule of Richard set much discontent during his minority. The resulting political strife was remembered even to Shakespeare’s time.

Richard declared himself of age 1389. Following this until 1397, a period of constitutional rule delivered peace throughout the kingdom, and the people experienced prosperity. Then, however, problems suddenly occurred in Richard became an absolute ruler. He crushed Parliament and overruled the barons. This change in the tyranny that occurred paved the path to the ascension of Henry of Lancaster to become King.

Henry was exiled by Richard. Yet, while the King was campaigning in Ireland to suppress a rebellion, a plot to overthrow Richard was instigated by Henry. This interaction included the Earl of Northumberland and is recounted by Hotspur (Part I):

my father and my uncle and myself

did give him [Henry IV] that same royalty he wears;

and when he was not six and twenty strong,

sick and the world’s regard, wretched and low,

my father gave him welcome to the shore;

Now that the Lord’s and barons of the realm

perceived Northumberland did Lynn to him,

the more and less came in with cap and knee;

Met him in burrows, cities, villages,

attended him on bridges, stood in lanes,

laid guests before him, proffer’d him their oaths,

gave him their heirs, as pages follow’d him

even at the heels and golden multitudes.

In the play, Richard returns to find himself without political support and, as a consequence was forced to abdicate and allow Parliament to choose the new King. The importance being stated in this derives from the constitutional changes that occurred within English history. Yet, Shakespeare is noting not how history occurred but rather is promoting the principle that Parliament is superior to the monarch. This political change is further referenced in Part II of Henry IV, noting how Parliament and not hereditary right deliver the kingdom. Finally, the defence of the rebellion is explained by the Archbishop of York:

The Commonwealth is sick of their own choice;

there over greedy love hath surfeited;

An habitation giddy and ensure

hath he that builders on the Volga heart.

O thou fond many, with what loud applause

before he was what thou wouldst have him be!

And being now trimm’d in thine own desires,

Thou, beastly feeder, art so full of him

that thou provoke just they self to cast him up.

So, so, now common dog, didst thou disgorge

thy glutton bosom of the Royal Richard;

and now thou wouldst it they did vomit up,

and howl’st to find it.

Richard was likely put to death at Henry’s command, further documented in another of Shakespeare’s history plays, Richard II. Whilst Shakespeare’s plays are not political treatises or historical documents, in the drama that is acted on stage, Shakespeare deals with important political problems that were relevant not only at the time but even today. In this, Shakespeare is not focusing on interest on being historically accurate but rather presents a question of the legitimacy of the King or, for that matter, any ruler.

Further, in introducing Hal, Shakespeare questions the process that must be taken to instruct a prince or future political leader. This philosophical problem is a concept that Plato and further scholarship had addressed from that time on. Through this play, Shakespeare points out how Henry’s claim to the throne was less secure than that of other descendants of Edward III. In addressing this, Shakespeare has Henry discuss his title to the Crown as weak and burdensome and sits heavily upon his head (Part II, Act IV).

While England was not a constitutional monarchy, it was in the process of moving towards that end. Though Elizabeth I controlled Parliament, she also owed her crown to an act of Parliament that positioned her as monarch (Pratt, 2011 25). So, while Shakespeare was continuously concerned with time, he remained unconcerned about historical accuracy. Shakespeare talked about time repeatedly through his sonnets and plays and created allusions to it throughout his works. Yet, the heart of Shakespeare’s work is not based on historical truth but the political concerns of the time that can be experienced in the words of Hotspur:

Oh, Harry, thou hast robb’d me of my youth!

I better brook the loss of brittle life

than those proud titles thou hast won of me;

they wound my thoughts worse than they soared my flesh;

but thought’s the slave of life, and life time’s fool:

in time, that takes survey of all the world,

must have a stop.

Time and change reflected the political uncertainties expressed during the life of Shakespeare. In his recreation of historical events, Shakespeare uses the past to create a political diatribe that demonstrates many of the underlying tensions of the time while simultaneously skirting many of the censorship problems well documented within Elizabethan England (Clegg, 2004).

The Scottish play was first performed in 1606, nearly a decade after Part I of Henry IV. As a result, it is much more refined and comes across with greater clarity and directness than Shakespeare’s earlier history plays. This play derives its intensity in force through the profound impact of its deep psychological insights into the motivations of an ambitious and powerful man seeking to become the leader.

As Berry (1997 367) demonstrated, recent historiography has demonstrated that Macbeth expresses a form of ambiguous directionality that allows Shakespeare to represent Fortuna and the Wheel of Time (372) as a means to reflect against James’s ancestry and Banquo (373). The existence of what the author terms ‘double time’ (373) is further noted as a means to parallel dramatic events that are partly matched to history against modern political occurrences. Through this process, Shakespeare introduces a new way of achieving dramatic unity unforeseen by Aristotle (Else, 1938; Kelly, 1993).

While Macbeth can be described as a tragedy, in an analysis of the villain obtaining his “just deserts” (de la Torre Dwyer, 2020), the play ends on a note of joy. James’ ancestor Banquo has set the state of Scotland the right and “the time is free”. Thus, we do not see a good and noble man fall because of a tragic flaw, but rather, while Macbeth has an unhappy ending, the play may be seen to end with the world being right and in liberation.

I will not yield

Yet I will try the last. Before my body

and damn’d be him that first cries, “Hold,

The oppressive miasma of despicable evil deeds ends as the wheel of fortune turns, bringing solace, light and redemption to the kingdom. Finally, Macduff enters, holding the severed head of Macbeth. At this, he announces, “the time is free”. From this point, we see the new lineage of Scotland that will eventually come to form the kingdom of James where Shakespeare is writing.

While Shakespeare has cared little for history and has used the threads of the past to weave a new story, the playwright can equally be seen in promoting the current monarch and his own future. As Malcolm starts to plan the vivid future of Scotland that leads to the kingdoms being joint under James, the damages brought by “this dead butcher and his fiend-like queen” may be repaired in a manner analogous to the way that the union was being forged under Jacobean England (Rhodes 2018).

Kurland (1987 203) records the multifaceted distinctions that had occurred in earlier history over the reign of Henry VIII and the various problems that transpired during that reign. As with Hal, James I was said to have neglected many of the more tedious aspects of governing, leaving them to his ministers (206). But equally, Shakespeare owed much of his later patronage and livelihood to the actions of the King (White and Westfall, 2006).

The balance for Shakespeare can be seen in the contradictions that exist between the earlier and later plays. The ability to portray the Jacobean lineage and the creation of the Union (Rhodes, 2018) allowed Shakespeare the leeway to comment on the parliamentary changes and associated forms of governance that had been developing. It became more of a means to capture the political changes in his plays

A Man of His Times

The methodology utilised throughout Shakespeare’s plays is reflected in the poet’s attitude and his characters (Macbeth). When Shakespeare has the Macbeth act following the goading and taunting of a woman, we see the prudence in overcoming the repugnance of the deed.

If it were done when ‘tis done, then ‘twere well

it were done quickly. If the assassination

could trammel up the consequence, and catch

with his surcease success; that this blow

but here, upon this bank and shoal of time,

Shakespeare was a man of his time. And as such, he sought to live and prosper and simultaneously enlighten and educate those around him. Throughout the process, Shakespeare created a means of criticising the politics of his time, while avoiding sanctions for the most part (Spiekerman, 2001). Here, we see how the growing knowledge of the time leads us to understand how Shakespeare danced around the political censorship that at times may have been repugnant to him, yet equally managed to portray his message not only in his time but across generations.

Cooke, Thomas. An Epistle to the Countess of Shaftesbury, with a prologue and epilogue on Shakespeare and his writings.[In verse.]. T. Cooper, 1743.

Kelly, Henry Ansgar. Ideas and forms of tragedy from Aristotle to the Middle Ages. No. 18. Cambridge University Press, 1993.

Shakespeare, William. The First Part of Henry VI. Vol. 4. J. Tonson, and the rest of the proprietors; and sold, 1735.

Shakespeare, William. Macbeth. A tragedy. With all the alterations, amendments, additions, and new songs [by Sir William Davenant], as it is now acted at the Queen’s Theatre.[Anonymous.]. J. Tonson, 1710.

Shakespeare, William. The Works of Shakespeare in Seven Volumes. Vol. 7. A. Bettesworth and C. Hitch, 1733.