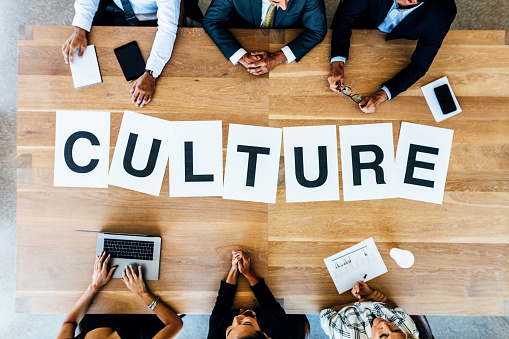 The reflection task of asking why cultural maintenance is important comes with a presupposition that needs to be addressed, before it is possible to investigate and see whether cultural maintenance is important (Gilley, p. 174). Before the question can be addressed, it is critical to understand that the assumption of such a position weighs other options on a lower-value scale. George Orwell argued that the duty of the intellectual is to deflate “the smelly little orthodoxies now … contending for our souls” (Orwell in Dalrymple, 2003, p. 244). More importantly, it is the misaligned values of intellectuals who teach that all cultures must be protected—without truly even understanding the source of a culture as a source of some of the problems we see today (Sowell & Weiner, 2010).

The question of how to protect aboriginal culture, country, and language first needs to be addressed as against why (Karez, 2009). In doing this, proposing concepts and values must be placed against an open, rational evaluative framework and weighed against the alternatives. If we are to treat people equally, this requires treating them as individuals. To do this requires that we do not look at the distant past or imagined communities (Anderson, 1983) and fabricated realities but rather judge and compare people equally based on their individual talents and performance (Havender, 1980). Assuming that indigenous poverty reflects prejudice and societal difficulties, ignore cultural value systems that lead to poverty (Dalrymple, 2003 p. 134-43)

The presumption that land and language are intimately linked and that culture and survival must be protected assumes that others bear that cost (Bell & Patterson, 2009, p. 7, 171). The fallacy with diversity is assuming that different skin colours or different gender, or even different commonalities form diversity (Yoshino, 1998). Rather, in discussing diversity concerning diversity of thought and creating systems that stop group think, it is necessary to have diversity of thought (Muir, 2015). This form of diversity is not a function of different indigenous groups or promoting people based on skin colour and gender.

The fallacy of looking at indigenous research methods is to assume that the scientific method only works for certain groups. The reality is that cultural beliefs analogous to indigenous beliefs existed in tribal groups throughout Europe prior to the development of the enlightenment and the slow learning curve that led to the development of human capital through scientific processes and rational thinking. Furthermore, embracing cultural mythologies such as the Tartan mythology (Butler, 2013) that has been created and propagated throughout Scotland leads to false mythology, victimhood. It replaces instructing people on being functional members of society and developing wealth with a culture of blame and victimisation (Widdowson & Howard, 2008).

In providing opportunities for indigenous people to learn false cultural beliefs that don’t have a foundation in the past, they don’t learn vocational skills that will aid them in the future. Even as (2009) argue that Weber (2008) incorrectly analysed the Protestant work ethic assuming too much reliance on Protestant culture, it is not whether Weber was correct or the alternative was that human capital was created through studying the Bible. The notion of a refined work ethic and the process of seeking truth form the underlying foundation of capital growth. The imagined community that Anderson would have promoted (Stratton & Ang, 1994) leads to the lack of underdevelopment in vocational skills that help form human capital.

The promotion of indigenous groups leads to the scenario where these marginalised communities are put in scenarios that ensure they retain a marginalised status. Despite the rhetoric, indigenous groups in Australia do not suffer from a disadvantage when measured on equality of opportunity. To assume that unequal outcomes must come from unequal opportunity or past injustice is to misunderstand the problem of human capital and the development of the individual. This problem exists across indigenous groups and not just those in Australia (Francis, 2012).

Cultural maintenance is important to some people, but this comes at a cost, as with everything else. In weighing the cost, we need to weigh the cost of delivering services and potential outcomes (Lynch et al., 2010). The creation of an Australian indigenous culture mirrors many aspects of the creation of Scottish culture (Pittock, 2014). Neither truly existed. Both have been imagined to create an identity not based on truth to promote group solidarity at the expense of the individuals in those groups.

There is no such thing as indigenous truth. There is truth, and there is fallacy (Shope, 1978). Whilst it is difficult to find any truth, and this process requires effort, it is possible to falsify and remove ideas that do not work. While concepts of religion may not always be falsifiable in many aspects of theological and religious thought that will exist outside of the ability to test or even prove scientifically, many aspects of religion may be tested. Further, where there are erroneous claims, these can be easily discredited. For example, the Christian church has needed to update its teaching following the introduction of new scientific knowledge (Matthews, 2014). Equally, ideas held by indigenous people cannot be said to be true to any way of living if they are clearly at odds with reality.

Thomas Sowell (1998) investigated the economic foundations of cultural differences in outcomes and economic disparities between ethnic and racial groups. In a comprehensive investigation of different groups in the outcomes of both education and the investment in education between different groups, Sowell (1998) demonstrated that it is not discrimination that holds some groups back but rather that differences in cultural outlooks lead to significant differences in differences outcomes. Moreover, these differences have both health other economic impacts with the embracing of a more backward culture leading to long-term developmental deficits in multiple areas.

This is not to say that indigenous people are themselves less capable but rather that culture holds people back. As Sowell notes, at one stage, the Scottish people sought to differentiate themselves, embracing a false notion of culture fabricated to create a sense of national unity (ibid., 1998). At this point, the Scottish people remained in poverty. Yet, when the Scottish people embraced education and rational thought during the later enlightenment, the Scots surpassed the English that they originally sought to copy in multiple disciplines, including mathematics, engineering and medicine.

In the 19th-century, when Commodore Perry forced Japan to open its borders and trade with the world, the Japanese embraced modernisation and modernity and overcame their backwardness through this process (Crunden, 1993). The Japanese people became a modern and wealthy society through generations of work and study (Nakane, 1972). This process involved not looking back but looking forward. While Japan has embraced aspects of its cultural past, it did so through investigation and reflection where those aspects of its past that did not help its people grow and learn were discarded.

Australian indigenous culture has been largely imagined in the style of creating the Scottish tartan (Elliott, 1876; Elkin, 1930). However, many aspects of the culture have been created by Christian missionaries who sought to integrate aspects of Christian mythology into a diverse and unwieldy set of different group identities. This process has created an underclass based on false mythology and false ideas about the history of Australia (Peters-Little, 2002). Importantly, these concepts fabricate a notion of Rousseauan noble savage that was said to exist as one with the land (Rousseau, 2005; Vogt, 2000).

The reality is far darker. In perpetuating the mythology of a noble savage, the portrait of indigenous groups is changed to one of victimisation in place of empowerment (Sandall, 2018). Further, this false mythology whitewashes the truth. The majority of indigenous Australian groups were polygamists, and a small number of males would control the tribal groups. These groups were dominated by a hierarchy of individuals who treated the women in their tribes as slaves. Additionally, the women in these groups would be beaten into submission (Stanbridge, 1861; Taplin & Woods, 1879; Dawson, 1881; Roheim, 1936; McGrath, 1995; Demause, 2009).

In creating a mythology of a culture that never existed, the understanding of the problems that had occurred within indigenous society and the problems that plague indigenous society even now become buried in moires of ever-changing and baseless untruths but don’t allow people to grow and embrace their full potential (Mantagu, 1945). The Strawman presented in support of indigenous culture ignores the underlying necessity for people to seek to be more to build more. Where we teach people to be victims, people learn to be victims. Unfortunately, it is not the past that holds back indigenous groups but rather the embracing of the false culture that never truly existed while ignoring the aspects of the past the demonstrate the benefits that are achieved through modern society.

The romantic notion that protecting indigenous culture at all costs aids in increasing biodiversity and is a necessary part of future survival (Maffi, 2005) is misplaced, and does those it seeks to isolate into obscurity no favours. When we use concepts developed by the post-modern intellectual to put indigenous people in the box we have built for them, we are not protecting the culture but rather creating and structuring means to keep them controlled and isolated in the past. For people to grow, they need to go beyond what they have seen in the past and move past embracing failed orthodoxies. Doing so requires that we accept that some cultures, like all other aspects of the world, will die.

Anderson, B. (1983). It is the magic of nationalism to turn chance into destiny. Imagined Communities: Reflections on the Origin and Spread of Nationalism, 19.

Dalrymple, T. (2003). Life at the bottom: The worldview that makes the underclass. Ivan R. Dee.

Dawson, J. (1881). Australian Aborigines: the languages and customs of several tribes of Aborigines in the Western District of Victoria, Australia (No. 26). G. Robertson.

Francis, D. (2012). The imaginary Indian: The image of the Indian in Canadian culture. Arsenal Pulp Press.

Peters-Little, F. (2002). The return of the noble savage by popular demand: a study of Aboriginal television documentary in Australia.

Pittock, M. G. (2014). The Invention of Scotland (Routledge Revivals): The Stuart Myth and the Scottish Identity, 1638 to the Present. Routledge.

Roheim, G. (1933). Women and their life in Central Australia. The Journal of the Royal Anthropological Institute of Great Britain and Ireland, 63, 207-265.

Stanbridge, W. E. (1861). Some particulars of the general characteristics, astronomy, and mythology of the tribes in the central part of Victoria, southern Australia. Transactions of the Ethnological Society of London, 1, 286-304.

Vogt, A. M. (2000). Le Corbusier, the Noble Savage: toward an archaeology of modernism. MIT Press.

Weber, M. (2008). The Protestant Ethic and the Spirit of Capitalism: With Other Writings on the Rise of the West.