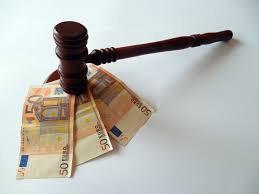 The other day, I responded in a manner that seemed irrationally angry. I did so purposely, to kick the hornet’s nest—proverbially. Unfortunately, in today’s post-social-media world, it is rationality that suffers. To get people to listen to you, they need to be stirred into action. The emotive nature of their reaction presents a state that has come with the intentionally conditioned reflex of people over time. Social-media companies use it to incite further reactions.

When I started Bitcoin, no individual taking part in the project at the time maintained any liability for the software, as none of them had any influence on the decisions to implement code changes, which is different to how the project works now. Developers are now acting together for their own benefit, and thus must realise that they are subject to the risks and consequences associated with established legal systems.

Companies such as Square fund developers as they undertake such projects, increasing the rewards for the developers that own and control the projects. In turn, such Silicon Valley players gain access to the benefits of the projects without assuming the risks of controlling and owning the projects. It is my view that when such projects suffer negative legal judgments, the Silicon Valley companies will have to take up the job of controlling and owning the projects, exposing themselves to the same sort of liability that they have been content to leave with the developers.

The truth is, I am not angry at any of the developers in the Bitcoin and BTC space who have been developing software to help create a financial system that is freer and more open to the world, but the developers need to understand the system in which they operate. Using my statements, I needed to get people to start to respond and to question the status quo. To do so, I needed to shake them out of their malaise. I needed them to start reacting.

Certain corporations take advantage of the passion and integrity offered to them through developers who want to do something significant to change the world. They twist it to promote their ends, and minimise the amount of risk that they would face. Such groups use social media to twist the truth and promote an outcome that allows them to profit at the expense of others. They do so leaving the risk and the consequences with the developers, who are left high and dry when things eventually go south.