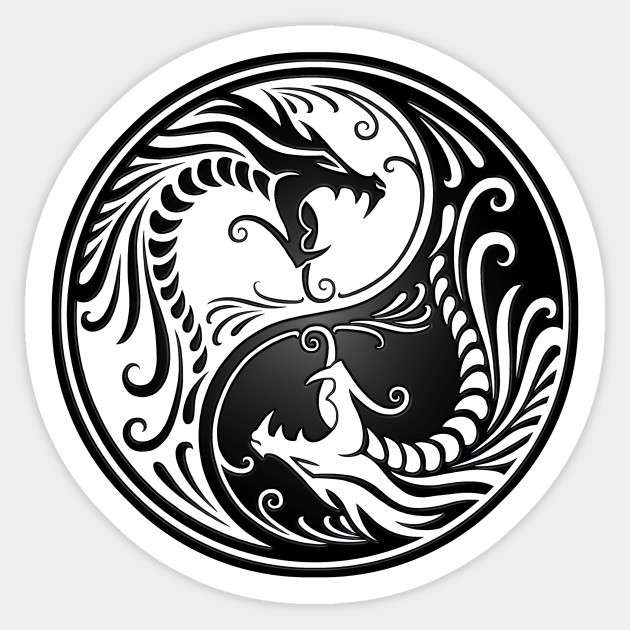 Anarchy and the Foolish Belief in Assassination Markets

In 2008 and 2009, a group of people mistakenly thought that the world would be better off without banking. The loosely aligned anarchist group Occupy Wall Street protested for many months, before falling apart due to a lack of coordination. One of the main problems with anarchy is a lack of leadership. Occupy Wall Street debated for months over a slogan and a goal. Unable to even determine a purpose, the group fell apart and ended up achieving nothing. The other alternative form of such a system lies in the introduction of a strong man; the “paramour” that always follows an anarchist group and does not fall apart is the totalitarian leader. What the anarchist fails to understand is that such a system either is totally useless or ends in what the anarchist despises the most.

In today’s post, I will use one of the more critical foundations of Western culture in explaining the origin of law and why anarchy fails. Aeschylus was a Greek playwright who authored three tragedies that are often grouped under the name of the Oresteia. To start, I will examine aspects of Aeschylus’ works in order to detail issues with the philosophy of law and jurisprudence. The plays collectively presented in the Oresteia demonstrate how vital law and lawbreaking can be.

I shall leave it to the reader to thoroughly research the plays. In them, revenge is presented as a part of the natural law. In particular, it presents divine law or natural justice in a manner that is so tangled and mixed up that no definite decision of right and wrong, however just, or unjust, may be made — even by the gods. The consequence is that Athena attempts to solve the dilemma through the invention of a new institution: the court of law.

Those who oppose all forms of government will often claim that laws coerce men, and it is argued that coercion diminishes the freedom of the individuals in society. While it may be true that fear of the consequences that come from not following the law and its sanctions prevents people from doing many things, the same cannot in itself be seen as evil. At the beginning of the first play, Agamemnon, Clytemnestra, and Orestes live in anarchy, a lawless condition. Although there are kings and royalty, the condition that we see as government does not yet exist; it is a world where might makes right and revenge is extracted through poison or blade. The only laws are ones of revenge, and it can be said that no law even exists against murder for such individuals. They are free to kill and make restitution for any ill that they perceive.

The question we must ask is, would society be better, if no laws existed against even this?

Any individual in such a society exists without legal protection, and may, in turn, be killed by others. Some argue that they could live by strength. But, all of us have moments of weakness. The strongest of us can be brought low by a bacterial infection or a virus. So as we reflect, we can start to see that men are freer in a civil society where law exists, compared to the lawless condition that once existed.

Life, as we see it in our civil societies of today, is far more secure than that of an unregulated state of nature.

As is the case with many things, it is moderation that creates the ideal society. The best society is not the one with the most laws, nor does it lie in the other extreme of no law (anarchy).

You may be told that anarchy is a system without government but with law, which is a straw man that is easily knocked over. If a community comes together to vote and create law, it has a government by definition. If law exists without sanctions, it is ineffectual and neglected. The argument presented by totalitarian leaders throughout history, from Lenin to Stalin to Mao, and by all those in between and before them, has been one of false freedom. Mankind consists not of angels, and we do not act in a manner that allows us to form large societies without rules that we can all come to agree upon. They all come with compromise and trade-offs. Then, there is the fallacy that assassination markets would keep us honest.

The creation of a market as religion becomes perverse. Markets provide many useful services, but a market itself is neither virtuous nor good. The founding fathers of the US discovered the same idea when they attempted to make a republic based on virtue. They found that people were not naturally virtuous as a crowd and that emotion could carry us to deeds we would later prefer not to have done.

From here, I will skip forward to Plato’s Euthyphro. Plato does not tell us what a law is and how a law differs from a decree. He does not tell us who was empowered to make a law, nor by which standard of justice we decide which acts are just or unjust and how they are measured. He does not tell us how the law would be applied in a particular case or go into the difference between common law and equity. In particular, Euthyphro is concerned with conflicting laws and requirements of honour. In the Oresteia, we see how civil law supersedes the natural law of retaliation. We have not eliminated the conflict between demands of justice and piety, but rather see that conflicting interests must be balanced in the creation of a working society.

But the rub is, a society is made up of many people who have differing views and perspectives. No society can be created nor stand together without a way of allowing individuals to interact and maintain what is justly theirs, which in itself is even a subject of law. For what is property? How does property transfer from one party to another, and when have terms been breached? In all events, what may seem fair to some will be unjust to others.

It lies here that we can see the need to control the baser instincts that come from our animal natures.

Here also lies a significant aspect leading to the creation of blockchain-based systems. In creating Bitcoin, I needed to find something that would not, as all other peer-to-peer networks had, devolve into an anarchist ‘free-for-all’ (and hence corruption). I designed Bitcoin to be a system that could not be subverted by those seeking to avoid the law. It is not a system that cannot be followed or traced; it is a system that protects privacy and destroys anonymity.

Assassination markets do not create societies. They create corrupt systems and kleptocracies.

It is not politicians nor wealthy businessmen that become the target of such a system. In places without the rule of law, ones in anarchy, it is not the people who have a choice of removing politicians and corrupt individuals, it is corrupt individuals who remove troublesome people in their populace. The cost of removing those higher in society is significant. And contrary to common assertion, very little coordination occurs, meaning that the reality of the scenario is one where those with money are able to focus on a target. In assassination markets, it is the corrupt who lead.

Most people do not seek to rule through fear. They seek simple lives, that they can live with their families, and when faced with threats against their families, they choose the option that will give them life. We see the scenario in anarchist states now, and we saw it in totalitarian regimes in the past. The mistake made by many people promoting anarchy through anonymity lies in the failure to comprehend that anonymity favours the corrupt. In seeking power, those without limits will always defeat those with limits in a limitless system. The virtuous always have self-imposed limits. We do not introduce laws into our societies to curtail the freedoms that we seek, but rather to limit the power of the corrupt.

Many of the problems we see now come from a lack of understanding of the past. More than two and a half millennia ago, the Greek and Roman societies faced similar conundrums. It is not a problem that they alone needed to solve. In not educating our population about the past, we are doomed to repeat it, as George Santayana said:

Those who cannot learn from history are doomed to repeat it. Those who do not remember their past are condemned to repeat their mistakes.

Timothy May rarely thought through the consequences of the systems he promoted. Though he was skilled in some areas, his education was lacking in others. None of the cypherpunks would think through the scenario and take what anonymity means to its end. For instance, imagine a real estate developer seeking to remove a curmudgeonly old man so they could build a property. The old man does not wish to move at the price being offered. Maybe his family would take the money. Such a scenario moves the cost to a perverse Coasean transaction fee. If a property developer can make more money in executing a troublesome property owner in order to take what they own, it becomes profitable in such a market to do so. It is not virtuous, but then virtue was considered in a religious diatribe of markets solving all ills.

All such systems provide is fear. Ones such as the corrupt and terrorists thrive on fear.

Luckily, Bitcoin is not a system that cannot be intercepted and brought under the rule of law. In the coming year, people are going to understand the real power of Bitcoin. The lie that is promoted, that Bitcoin would be distributed and thus untouchable will be crushed forever. Bitcoin can be seized very quickly. Any blockchain, in fact, may be seized. The nature of Bitcoin and its proof-of-work system is one that forms competitive corporations. It is not one of individuals acting equally, and it was never intended to be so. Bitcoin is distributed as the system is robust and secure as such. It is not designed to be a socialist system or collectivist in nature.