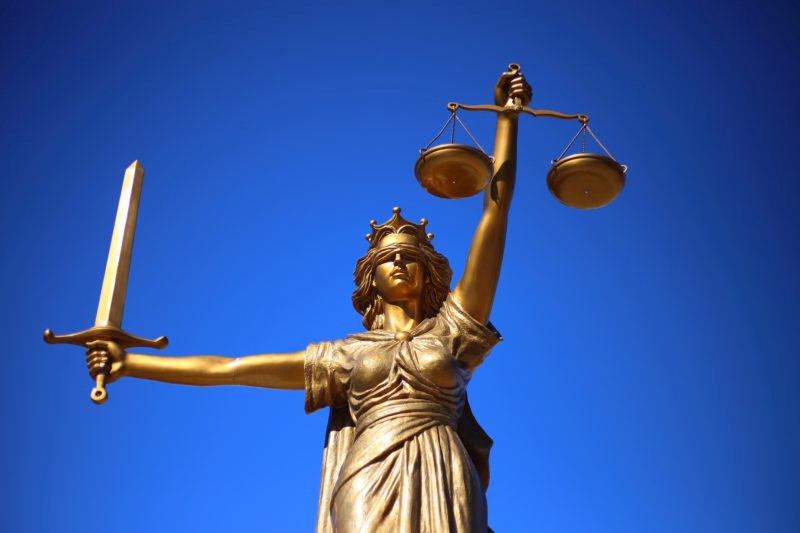 Several individuals in what is termed the “cryptocurrency space” have started to promote a misleading and false premise: that open-source software is necessarily free and comes without copyright. And, dangerously for those involved with any associated projects, there is the false perception that open-source developers do not have any liability for the software they are developing. Both concepts could not be further from the truth.

Such mythology is promoted by organisations such as Twitter and Facebook, which use closed source code internally and open source developed by third parties. In developing software, reliability is associated with the offering of a product. For companies like Twitter, the undertaking of open-source projects allows them to distance themselves from liability, handing it to unsuspecting developers. In effect, such large Silicon Valley companies end up having products developed for them at near to no cost, with the risk and associated problems lying with third parties. That is, developers without knowledge of the law, or what they need to know about the development of software and the fiduciary duties that apply.

The law recognises a few business and corporate structures. Everything fits within them in one way or another. They include:

For all the simplification, the same four groups cover practically every available structure offered by a software development group.

Such a structure occurs when individuals act and control a project by themselves. A simple business structure falls under such an environment, leaving the individual liable for all risk and damages. Businesses present the simplest and most common reporting framework, where the taxation liability resides with the individual.

The formation of a common-law partnership can occur whenever groups are working together outside of formalised structures. There are multiple rules for the creation of partnerships, and entire courses are taught in law schools around partnership law. Generally speaking, partnerships are formed where corporations have not been developed. Most development groups that we are seeing in the “cryptocurrency space” are general partnerships.

A general partnership is a form of structure where all of the partners (such as developers who submit) are part of the system, where they may be personally liable for all the debts. General partners end up with a strict liability to third parties for any injury or loss that can be attributed to the partnership. In the case of software development systems, some individuals believe that because we are talking about a group of software developers, there cannot be any liability. It cannot be further from the truth. Without a corporate structure, those developing the software and controlling the project maintain joint liability.

Corporations present one of the greatest freedoms ever won against government. Prior to corporations, an individual going bankrupt or actions by one partner would impact the entire endeavour. Corporations allow all risk to be minimised and individuals working on a project to maintain a limit to the loss that they can face.

What many people are failing to see in the open-source movement is that large Silicon Valley corporations are using individuals to migrate risk away from their companies. Corporations such as Twitter use open-source software, and tweak it for internal use. They do so without having to pay any costs or assume any liability. All the liability for potential losses remains with the developers of a project. From the user’s perspective, corporations such as Twitter gain all the benefits, with none of the overheads.

Trusts and foundations act as an alternative form to corporations, and are mostly constructed to protect assets, such as for succession planning and to create charitable foundations and structures for the continuation of a goal or purpose created by the individual or group initially forming and funding the foundation.

There have been individuals seeking to raise capital and income to defend themselves against lawsuits that may be directed towards open-source software groups. When an individual, or a developer, is given money to pay for their defence in a lawsuit, such money is income. It is not tax-deductible, and the individual needs to declare it and pay tax at the full rate, the rate they owe for additional income. For instance, if you are a US citizen and a developer on an open-source project, and you gain funding for a legal case you are facing, you will need to pay tax on the full amount.

For example, as a US developer, if you are provided with US$100,000 and your top-bracket tax rate is 46%, it is your legal responsibility to pay US$46,000 to the Internal Revenue Service (IRS). If you face US$160,000 worth of legal fees, none of the cost associated with the legal fees will offset your taxable income in this instance. The scenario may differ for corporations and other registered entities. As an individual, a partner in the development group, you cannot claim the cost of a legal defence against your tax. You will owe all the money that is due to the IRS and have to pay your lawyers.

Even though people talk as if such moneys were donations, donations are only valid for registered charitable organisations. In all other instances, such money presents not a donation, but taxable income.

If you are given money to develop an open-source platform, it is not yours to spend as you wish. Simultaneously, it is treated as income under tax rules. It is the same as raising money through ICOs, presenting taxable events.

What Else Is There?

Of course, the big Silicon Valley companies will tell you that you are free because of open-source projects. Open-source projects allow them to develop and use external software for less. Twitter, Facebook, Google, and a swathe of other Silicon Valley companies have lowered the production costs faced by their companies, managed to hand risk to third parties, and foregone responsibility, whilst getting uninformed and legally untrained software developers to believe that they were doing good. Here lies one of the big lies of the Silicon Valley Internet industry. They are taking away their own risk and handing it to uninformed individuals.

When you become part of an open-source project, make sure that you cover the legal aspects of what you are doing. Those who tell you that there are no risks associated with being a developer are either ignorant or lying. There seems to be a lot of promotion along such lines in Silicon Valley. Silicon Valley seems to be hosting the new former pirates of the world; they lie, they steal, and they misinform.

With systems involving “cryptocurrency”, including BTC Core, the individuals behind the associated website will try to tell you that they are only an open-source group, and hence there is no liability. You cannot simply remove liability from your actions by saying you do not have liability. It does not matter what the website says; if you become part of such a group, you are liable for the actions of the group. Here is why corporate structures were developed; they limit liability.

Bitcoin Core is a partnership-based software vendor. It owes a duty to its users and those who put money into the ecosystem they are developing. It has a duty of care and fidelity to provide functioning software. Likewise, actions such as passing a system off as another can leave each of the developers liable for the actions of a few malicious individuals. Ignorance is not a defence.

In accordance with the common test provided through Reckitt & Colman Products Ltd v Borden Inc [1990] 1 WLR 491, the development of an alternative system, changing something that was set in stone, and misrepresenting it as the same product is an act of passing off. In the case of BTC Core, you cannot decide that a community now owns a project. I did not ever hand the project over. I explained that the project was based on a protocol that had been set in stone.

So, from a legal point of view, there are hundreds of billions of dollars’ worth of goodwill and reputation that have been destroyed, which has been done through a misrepresentation. Consequently, as Bitcoin Core forms not a corporate structure, and is merely run by its members, the developers, it is the developers who are liable for such actions. The liability is unlimited. And, being that there is no corporate structure, there are no donations. Here, any money sent as payment is not tax-deductible whatsoever.

Interestingly, such cases do not even require my asserting my personal rights. As with the protection rights in the case of one company, Champagne and Port, acting to defend their rights against producers such as those in California which sold sparkling wine as champagne, any individual within the Bitcoin (BSV) community, or any company or investor in the community, has a right of action. In other words, all individuals within the Bitcoin community and all the companies within the community which have lost money have personal rights of redress against the developers of BTC Core.

It is time for the truth about open-source software to come out. It is time for the lies promoted by Twitter and other companies in the Silicon Valley industries, who have been parasitically reducing risk and cost by handing both to individuals, to end.