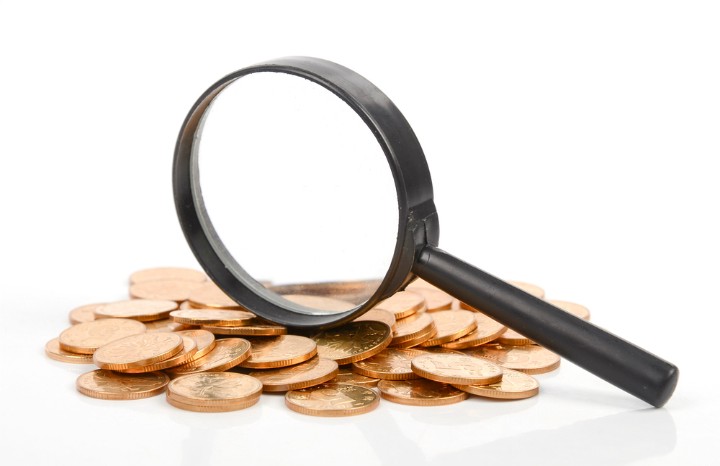 Identification of ownership rights in Bitcoin and assets on the Bitcoin blockchain through payments and mixtures would be an exercise in tracing. Lord Millett in Foskett v McKeown gave the reasoning for using tracing rules rather than following in such a scenario when he said:

Following is the process of following the same asset as it moves from hand to hand. Tracing is a process of identifying a new asset as a substitute for the old.

It will be easy to show the false narrative created from Bitcoin Core (BTC) when court orders start requiring the seizure of coins in the next 12 months. Many money launderers, people smugglers, drug dealers, and others will find that the promise of money which cannot be taken by government is not one that Bitcoin delivers. It isn’t one that was ever given when I was posting as Satoshi. Rather, it is a narrative that has taken hold as those fleeing the sinking ship of Liberty Reserve and e-gold and others have piled on and sought to change Bitcoin into something that it was never designed to be.

One possible scenario includes the ability for a court to order a particular UTXO or address to be frozen, which could be achieved without knowledge of the real person or parties behind a theft or fraud, and would allow asset freezing prior to a transactional process that could occur on the blockchain. Such a process would require an order issued on and implemented by the miners and exchanges of the Bitcoin protocol.

The classic argument that was designed to fool regulators and law enforcement and which has been promoted by those in BTC camps is that they are a decentralised system of nodes and all nodes need to vote on the protocol. It is exactly the system that James Donald wanted, which is exactly the opposite of the system I created, and it is one that cannot be implemented with the blockchain, no matter what you do.

What people fail to understand is that home users are not nodes. I posted about it two years ago — explaining what I created and how I listed the required steps in the white paper. It was one of many posts I’ve written. But the simple truth here is that Bitcoin is a proof-of-work system. Nodes act only when they are validating a transaction AND providing a proof-of-work demonstrating that they did so correctly. It is an important point. A node demonstrates that it is verifying transactions through a costly signalling method, the creation of a hash. In biological terms, the hash is the equivalent of a peacock’s tail.

Some users will say that they don’t need to comply. And in a way, it is true. If they’re not a miner, there is nothing for them to do; they are not part of the validation network of Bitcoin. When the first court order comes through and alters the BTC blockchain, a few people will think that wearing hats and running around saying that they refused to comply will matter. The end will be that miners and exchanges either comply or get shut down and participants either choose to rejoin the main network or find that they no longer have any assets. Because it’s only the main network that gives value.

When in August of 2010 I said the following, I was hinting at the possibility of introducing such orders. In part, I started coding it with the alert key.

[Aug 11, 2010:] Imagine someone stole something from you. You can’t get it back, but if you could, if it had a kill switch that could be remote triggered, would you do it? Would it be a good thing for thieves to know that everything you own has a kill switch and if they steal it, it’ll be useless to them, although you still lose it too? If they give it back, you can re-activate it.

Imagine if gold turned to lead when stolen. If the thief gives it back, it turns to gold again. [With Bitcoin,] the money is never truly burned. You have the option to release it at any time forever.

A freezing order is simple enough. Fighting to get a restitution order is difficult. It’s costly, and very few people will ever try outside of government. It will occur when we’re talking about seized funds and proceeds of crime. But the thing to imagine here is a world where blackmail or cybercrime creates a scenario where the victim can quickly freeze bitcoin or require the rightful implementation. The thief will want to give back the bitcoin because there will be a record. If they don’t return it and they spend it on an exchange knowing that it’s already subject to a freezing order, AML and KYC laws will link their identity indelibly in a manner that can be used as evidence in a court.

So the thief has a choice: they can return the money and bask in the hope of anonymity being that the money hasn’t been spent, or they can seek to try and wash it, knowing that the value of the money will be covered under tracing rules that are based on FIFO (first-in, first-out) principles, which destroys the ability for them to use the money.

A third party that knowingly assists in the disposal of the assets subject to a freezing order may be subject to proceedings for contempt of court and held liable to a fine, the seizure of assets, or imprisonment of up to two years.

Nodes can be forced to change through court orders. And remember, only miners are nodes. If a user decides that they don’t want to comply and will not update their software, they no longer act as part of the Bitcoin network. They do not connect to other users, they cannot extend the network, and they are unable to participate within the Bitcoin network. They don’t connect to other users who disagree, rather they end up as a series of isolated systems — all of which run their own network. The method used in Bitcoin to consolidate different chains is the proof-of-work mechanism. Without it, no consistent chain exists.

The ideal first target is Bitcoin Core. The narrative started with BTC, and it will end with BTC. As miners are forced to act on court orders, those within the BTCand BCH communities will start to see that they are on a system that cannot escape government control. The limiting factor is the international nature of Bitcoin. As such, only laws that apply across multiple borders will be enforced. But again, money laundering, people smuggling, and proceeds of crime from hard drugs are all something that people will find Bitcoin is unfriendly to.