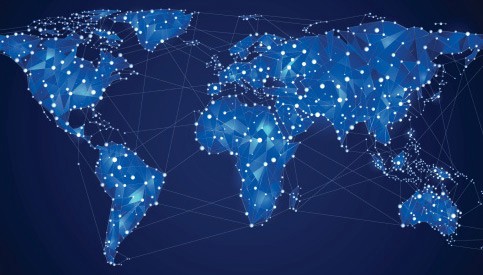 The progressive liberal concept had been developing in vehemence from before the start of the Great War. Educational scholars such as Dewey (2019) believed that a rational education would create individuals that would rise above society and the concepts of power politics to form a cosmopolitan global interconnected world. As Mearsheimer (2018) demonstrated, such an education neglects the fundamental differences that form the core of our human value structures. Moreover, the abandoning of truth for relativistic concepts allows for the growth of alternatives that give meaning to the lives of those who embrace them (Evanoff, 2004).

The difficulty with the progressive liberal idea examined by Mearsheimer (2018) is that the desire to implement liberal order outside of your country leads to the collapse of liberal values inside the country, pushing for international power politics to implement liberal controls. Between the end of the late 1930s and World War II, the United States took a seemingly isolationist position—yet only with respect to great power politics. And while Olson (2013) demonstrated that there had been “harsh debates between isolationist and interventionist congressmen”, with distinctions between Anglophile’s and Anglophobe’s, the reality was far more nuanced.

The United States was not seeking to stay outside of conflict in World War II, as some claim. Instead, the United States wanted to enter the war, but at a later period—when the economic constraints against Japan would have weakened the Empire further and when the hammer of the German army would have sufficiently weakened the Russian forces on the Eastern Front. In some ways, it mirrors the “Thucydides trap” that is being argued by Allison (2017) in respect of great power politics concerning the United States and China in the present day. An early discussion of realist politics (Spykman, 1966) demonstrated that the United States strategy had grown its political dominance by playing different sides in a balance of power strategy.

Here, the United States was able to utilise the benefits of distance. Progressive politics led to a desire to promote democracy and modernism throughout the world (MacKay, 2007). Its strategy allowed the United States to remain relatively fresh, both because of its isolation from European and Asian powers and because of its ability to play different sides against each other during the war. The result was what Lundestad (1986) referred to as creating an “Empire by Invitation”. As noted, the United States forces would have preferred the additional time where the limited oil resources would have weakened Japan further. The continuing battle between German and Russian forces would have severely weakened each side.

While Chambers (2006) notes the anti-war debate and how it was portrayed in fiction and movies, there was also an underlying current of US exceptionalism. While the movies promoted the idea about how Americans should stay out of the war, they also contained an underlying current of the reluctant hero who finally accepts his duty. Such propaganda built the foundation for the United States to come into the war fresh and after the European forces and the Japanese had already been worn down for attrition. As Wapshott (2014) argued, the incompatible positions of isolationism and progressive reform would lead to attention that would necessarily express itself in a hero complex. The United States reluctantly plays its role in promoting democracy through liberal reform.

The mythology that evolved following the victory of the United States rarely details the power players and ‘Great State’ conflicts that allowed the United States to play European forces against each other and to come into the war late. Instead, a literary trope of the reluctant hero has been promoted through a combination of films and literature. The classic Western tale of the reluctant gunslinger sets the basis for the United States mythology after the war (O’Connor & Rollins, 2005). The progressive ideals that have formed to support such a concept have created the conditions that Mearsheimer (2019) argued would lead to the failure of a liberal international order. Moreover, they would lead to many of the conditions that Putnam (2015) demonstrated to be part of the decline in social capital throughout the United States.

Mearsheimer (2018) considered the role of universal rights as a source of problems and war. In evaluating the cost of liberal hegemony, the idea of protecting human rights and spreading democracy leads to an increase in militarism, as those who seek to promote the good life seem to fail to account for the individual differences in concepts or even what forms a good life.

Even in the Christian church, divisions exist between the right to rule, the right to adjudicate, and the ability of individuals and government to make such decisions. The concept of rights as it relates to Christianity varies widely between ethical researchers. Reed (2012) and Witte Jr. (2010) each formulated concepts of international rights that differed markedly, and other authors note contradictory views when it comes to the understanding of rights and law (Laing, 2012).

Even at the core, the political writings of Augustine (Augustine & Augustinus, 2001) differ significantly from many of the ideals of Protestant Christianity (Cary, 2019). Of note, the Benedictine ideal of a good life (Caranfa, 2012) appeals to very few people today. What Casey (2005) refers to as the unexciting life of spirituality would be seen by some as being indulgent and wasteful (Herbst, 2005).

The problem with arguing the legitimacy of global governance is that there is no single agreement on good governance, a good life, or even how to live. Where individuals are incapable of agreement about fundamental roles of government in setting equality within a nation, it becomes difficult to argue that anything can be implemented globally. The distinction between redistributive policies, or those that seek to have equality of opportunity and those that seek equality of outcome, comes with their respective proponents. Further, the primary argument concerning property versus positive rights is insoluble (Stepanović, 2012).

The entire premise of the United Nations is built on a logical fallacy. The fallacy of the golden mean (Lambdin, 2006) documents how the fallacy of compromise or moderation is based on the assumption that the middle ground is likely to be correct over competing ideas. When looking at conflicts, the United Nations seeks to universalise rules and rights for all people and all time (Coleman & Jones, 2004; Weeramantry, 2004), which is not possible. As Mearsheimer (2017) demonstrated, when given a choice of nationalism or rights-based ideals, many people choose sociological concepts that lead to war. Importantly, unlike the view of the United Nations, who have decided what people will want, almost no group of people agrees that the fundamental rights prescribed by the United Nations are fundamental rights.

More importantly, there is no universal aesthetic or realistic view of what makes a good life. The concept that utility can be decided across universal bounds is flawed. To merely say as Mill did, that there are levels of utility based on vulgar versus refined taste, is to devalue the aesthetic in life for other individuals.

I agree with the concept promoted by Mearsheimer (2019), that the idealistic system that seeks to promote and enforce world order against the will of the majority of people in the world is doomed to failure. An investigation of the so-called peace controls implemented by the United Nations showed that they can be demonstrated to have led to significant levels of war and the end of peace. The difficulties accounted for by Brunstetter and Holeindre (2018) remain insurmountable. The particular problem is that many views and concepts of rights are incompatible. Which does not make them wrong in themselves, but instead leads to the need not to tear down national boundaries—but to create stronger nation states.

As Nigel Biggar (2015) demonstrated, there is both just war and just peace. Yet, if we act to universalise rights, it only leads to a scenario Mearsheimer (2017) has demonstrated to be based on incompatibilities and contradictions. Consequently, the fundamental foundations of the United Nations in seeking the globalisation of rights, the right to sovereignty, and the implementation of national borders form illogically constructed, irrational bases that are self-contradictory.

Cary, P. (2019). The Meaning of Protestant theology: Luther, Augustine, and the Gospel that gives us Christ. Baker Academic.

Laing, J. (2012). Law and Christianity. The Encyclopedia of Christian Civilization.

Stepanović, I. (2012). Can Justice Be Distributed? Insoluble Debate Between Libertarianism and Egalitarianism over Property Rights. ЕВРОДИЈАЛОГ Списание за европски прашања, (17), 261-279.