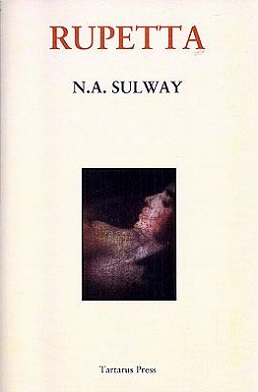 Rupetta (Sulway, 2013) is a post-modern reinterpretation of the Jewish golem fable. The mechanical “woman” created in the story has been said to express sentience and immortality. For the most part, such is not directly the monster’s own ability; instead, it comes from the life force of the women who “wynd” her. The story has been called to be fantasy and science fiction and romance and Gothic horror (Hourigan, 2018). Yet, there is no science in fiction. Worse, there is nothing new.

Those who claim that this is reminiscent of Mary Shelley’s Frankenstein merely misconstrue the monster’s nature in the story (Bedford, 2018). Goldziher (1901) presents a strikingly similar story that documents the 11th-century mythology and Kabbalah mythology of Solomon ibn Gabirol. In this early narrative documenting the creation of a female golem designed to help with household chores, we see the same link to the story of the creation word added into the monstrous being through the Wynd. There is not an underlying theme, literary element, suppressed joke, or quip or any other aspect of the novel that is in any manner new.

Gabirol (1841)  presents a remarkably similar story to that of Sulway that varies far less than a 20th-century reboot of Jules Verne. The development of the Golem trope is not new. The exploration of what makes humanity can be seen throughout modern literature in movies as familiar as Terminator and takes a familiar trope presented by Gaster (1887) and extending the trope in terms of scientific analysis and literature review by authors Collins and Pinch (1998).

As Whitley (1999) notes, the creation of a Golem is based on the form of a person that is given the breath of life. These stories in Golem mythology follow a similar set of tropes. As such, while Ingwersen (2019) argues that books such as Rupetta extend and progress feminist Science Fiction, the truth is that they are prosaic and merely present an antiquated and poorly rehashed narrative. A creature that is part mechanical part human and gains its consciousness from the people who share theirs to give the creature life is anything but a new tale. So, to argue that this is superbly imaginative in a highly original manner is to do an injustice to all of the prior art which has come to create this trope and this line of Golem story (“Rupetta – USQ Eprints”).

The claims of novelty made by McKinley (2018) that report demonstrating novel normative encounters and ideologies and how these impact sexualities are neither unique nor anything but banal. The sole development, which is anything but a progression, is the exclusion of the Jewish origin of the story favouring a trope of Western European fairy-tale myth. Even this fails in novelty when compared to Cartesian stories.

The only queer aspect of the story is how nobody recognises the origins of this tale that have been taken as a reboot. The lack of originality has not been commented on. The direct relationship to a 900-year-old Cabbalahic Jewish story that has been recreated in many iterations is overlooked. The link to Cartesian fiction stems from the development of a story around an automaton discussed by René Descartes and documented by d’Argonne (1694).

Further, the trope is frequently deployed within Japanese Science Fiction, such as Ghost in the Shell (Oshii & Shirow, 1998). In robot stories, authors have noted that the trope of the living machine in science has formed a cultural evolution from Golem to cyborg (Székely, 2015; Horáková, 2006). Critics and reviewers have noted this same trope in readings of Neuromancer (1996).

So, we see in Rupetta a modification of the Cartesian tale from Descartes that has been more directly transferred from the story of a Jewish Golem rather than Descartes’ female automaton. The concept of a Golem is a monstrous trope is one that has been used for millennia in the discussion of free will, self-determination and even the meaning of what it entails to be human. The meaning of ‘development’ is to cause something to grow or become more mature, advanced, or elaborated. Consequently, it is difficult to find anything developed through Sulway’s scarcely altered reboot of a 900-year-old story.

The same tropes have been established repeatedly. From stories that entail the Kolobok, homunculus, Pygmalion, Shabti, and even the 19th-century story of Pinocchio, every aspect of a theme or trope in Rupetta has been investigated. In some more modern incarnations, the exploration of artificial intelligence or genetic science in explosions of the creation of life and what that means have been documented. The only development seems to lie in the lack of understanding of the origins of this trope and the ability to get away with taking it as if it was new or the author’s idea.

Bedford, Alison. “Biography and Beyond: The Reanimation of Mary Shelley.” Recovering History Through Fact and Fiction: Forgotten Lives (2017): 183-193.

Collins, Harry M., and Trevor Pinch. The Golem: What you should know about science. Cambridge University Press, 1998.

Collins, Harry, and Trevor Pinch. The Golem at large: What you should know about technology. Cambridge University Press, 2014.

Hourigan, D. (2018) ‘Queer, Difference, Heresy: Salt Lane Witches in Rupetta and Out’, Writing from Below 4(1). https://writingfrombelow.org/science-fiction/queer-difference-heresy/

Ingwersen, Elsa. “A Voice for the Voiceless: The Progression of Feminist Science Fiction.” (2019).

McKinley , Shiree. “Goddesses and Monsters: Queer Elements of the Human, Nonhuman Relationships in Rupetta.” Kepler 452B (2018): 61.

Whitley, Edgar A. “The Golem: What you Should Know about Science.” Information Technology & People (1999).