Home » Other » Rage, Anger, and the Rationality of the Berserker 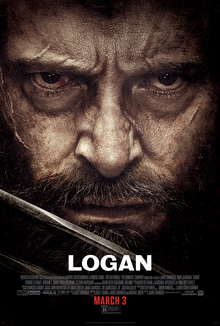 Rage, Anger, and the Rationality of the Berserker

The wolverine is portrayed as a “vicious marauder to be feared more than valued or admired” (Shaw and Ford, 115). They are seen as ill-tempered, and will violently lash out to protect their young. The question must follow whether such a response is rational in its berserk fury. Yet, when responding to attacks against its young, the wolverine is protecting its own genetic future. Equally, when Logan (2017) protects those he cares about, the question of his berserk fury needs to be considered in light of the alternative.

While Logan (2017) captures many aspects of the comic book mutant Wolverine, it also misses many of the darker aspects of the graphic novel. For example, the Logan of the movie exhibits many of the repetitive rage-based outbursts as the character’s in the graphic novel. Yet, the character in the movie exhibits far deeper remorse. The movie ends with the death of Logan as he exhales, “So this is what it feels like.”

Unfortunately, the ending, while removing the near-immortality of the graphic novel, also removes our ability to tell whether Logan is referring to death or the feeling of love and affection as he finally understands the value of family. Instead, the value of life and death is explored by one too young to understand. Mirroring the soliloquy in Shane (1953), Logan’s genetic daughter Laura exclaims:

Here, we see the exploration of excessive passion and desire. Finally, as the movie ends, Logan experiences the necessary rational consequence of his fury. Unlike the graphic novel, Logan dies. As a result, rather than a continuing saga that extends into the distant future, the X-Men expire, finally ending with nothing more than a tipped-over wooden cross to remind the world that they once existed.

The Wolverine of the cartoons is probably best summed up in the statement by Cyclops: ‘Wolverine. You can probably stop doing that now’ (#113). Such an attitude is reflected in both the Wolverine: Origin (Jemas et al.) series and the Wolverine: Old Man Logan (Fazekas) series. In the graphic novels, we see Logan engaged in the constant re-enactment of trauma documented by Flores in describing the post-traumatic stress experienced by Logan and his violent reactions that result from reliving his past.

Flores (85) documents the two types of aggression in a psychological analysis of Logan. Here, aggression includes hostility with no intent to harm and violent behaviour with the intent to harm through a combination of physical or psychological damage. Throughout such works, Logan is violent to an extent that could never be displayed in film. From a Freudian perspective, the comment by Cyclops signifies the excessive rage that Logan displays as Wolverine in failing to stop tearing the Sentinel apart even when it is dead.

At this point, the traumatic damage of Logan’s past described within the Wolverine: Origin (Jemas et al.) series exhibits continual anger and psychological pain that drives Logan into a berserk animalistic fury where all logical and rational thought is expunged. In such a state, Wolverine exhibits the deep level “of human suffering, heartbreak, and redemption” (Flores, 27) that exceeds the depth of emotion experienced by any other superhero character. In their work, the authors have transferred Wolverine’s struggle into one that emotionally bonds with the reader and in a way that hopefully allows us to learn from Logan’s pain.

Logan’s deep sense of humanity sits above the animalistic Wolverine character. Yet, the deep pain constantly exhibited, and felt physically and emotionally, has taken a psychological toll, splitting Wolverine into a dual personality of both the animal and Logan the human. The same can be seen in how the superhero’s physical immunity ties itself to physical and spiritual pain. In each instance where Wolverine utilises his claws, the blades rip through his skin, wounding him and causing him to bleed and feel normal human responses to the damage (Jemas et al.).

Despite the rapid healing and near-immunity to all wounds, Wolverine feels pain at a level that mirrors Logan’s existential distaste for violence (Klock and Montgomery). While the human aspect of Logan rationally reacts to the discomfort of what the Wolverine part of his character enacts, the scars become part of the ongoing struggle between the character’s rational and animalistic sides. Where the Logan-Wolverine hybrid heals physically, the constant anguish creates additional emotional and mental scars.

Wolverine was seen as a beast from his infancy. With razor claws emerging from the hands of a child, people would react in horror and distaste. Unlike the Superman character, who was accepted for his strength, the Wolverine superhero concept is one of revulsion and terror. The childhood Origin story encapsulates violent tales of child abuse and the reactions of rage-filled husbands (Flores, 27). Such angst grows as the horrendous progression of Logan’s early life unfolds.

In one aspect of Logan’s psychology, we see the remark, “Who won?” Such failure to understand the details of what has just happened shows the berserk rage that Wolverine enters when fighting. Likewise, in saying, “Musta been me, ‘cause I’m still breathing” (No. 113), Wolverine displays a lack of knowledge of what has just occurred as he enters a state of rage. In the process, angst and trauma transform the rational human character into a berserk animal. As it occurs, Wolverine does not remember what has occurred, but the human side sees the violence and damage through the gore that has been produced.

The behaviour demonstrates a Freudian repetition compulsion cycle (Joseph). In addition, such behaviour is inexplicably linked to the death instinct (Inderbitzin and Levy). Yet, as Wolverine has a healing capability that exceeds the capacity of any being to damage him, it would seem that the death he craves cannot be achieved. In the Old Man Logan series, Wolverine is digested by the Hulk, yet despite the massive trauma and expected pain, reforms to burst out of the Hulk, killing him in the process.

Chu discusses how the repetition compulsion disorder posited by Freud leads to a recurrence and reexperiencing of overwhelming trauma. While the same may be exhibited through dreams by others, Wolverine’s entire existence is a repeating series of events that replicate all of the harrowing experiences and severe punishment over and over, without the ability to die. As a result, the character experiences not only the loss of those he loves; he relives his physical destruction and rebirth over and over.

Logan is set in the year 2029, placing Wolverine and the role of a fifty-something-year-old superhero in such a time despite our knowledge that he fought in World War II and Vietnam. The government has found a way of controlling mutants, and nearly all X-Men and other mutants are either deceased or in hiding. Yet Xavier, the former founder of the X-Men, is alive and in hiding with Logan. But, Xavier’s geriatric status makes him unable to help and, at times, unable to control his remaining powers.

The film adaptation humanises Wolverine, changing from a monster into a man. Throughout the process, the character exhibits signs of trauma and post-traumatic stress syndrome, but manages to control his rage when protecting those he loves or has promised to defend. Though circumstances continue to foment rage, as in the opening scene, where a gang seeks to steal his vehicle, it never quite reaches the level expressed throughout the graphic novels, where Wolverine loses humanity and becomes the beast. Despite his anger and trauma, the film version of Logan remains a damaged and broken human.

After escaping from Pierce, the protagonists change their clothes and stay in a motel in Oklahoma City. In the motel, Xavier and Laura watch the movie Shane (1953). As they are watching, Laura asks Xavier when the movie was released, and Xavier responds, noting that it’s about 100 years old. The implication is that both Shane and Logan are well past their prime, which becomes a challenge for Logan throughout the movie. The question becomes whether he is washed up like the fifty-year-old gunfighter. But, like Shane, we see that he is not washed up just yet.

James Mangold uses Logan as a homage to the movie Shane. While he rationally decides that he will go down fighting despite his age, the process involved is one of continuous berserk rage. Starting in Texas on the Mexican border, Logan eventually heads towards Dakota in a traditional trek in the genre of a modern Western. In this life of modern desperation, we see Logan attempting to restrain himself but ending up beaten up by gangs and left supposedly for dead, only to return and continue being beaten up as he tries to avoid or limit the anger and violence building up within him.

Like Shane, Logan is in an existential quandary and midlife crisis. He is living a lonely existence, protecting the last of the now geriatric and senile friends that he once had. As such, he has transformed into an anti-hero. Rather than drinking to excess, as many Western cowboy heroes would, he has developed a self-destructive and nearly suicidal concept of life that he holds on to only because of Xavier, and later Laura.

Despite this, Logan exudes primal masculinity, making his darkly introspective demeanour alluring. Like other lone-wolf characters, such as Rambo, Logan refuses medical treatment, preferring to do things himself. In some ways, it can be seen as a form of self-punishment and regret. Yet, Logan understands his past and the berserk rage that has literally ripped others limb from limb. Consequently, Logan’s remorse can be seen as a deep but enigmatic reflection of the rage and anger he knows he cannot control and that seethes within him, awaiting the next time it will overflow and he will lose control.

There is a Freudian aspect to the repetition within Logan’s life. He constantly loses control, tearing and ripping his opponents apart. Yet, the guilt and despair he feels for performing such actions and the anger that overwhelms him constantly dampen his mood and make him introspective. As with the protagonist in Shane, Logan reluctantly assumes the role of the protector for his young charge. As such, the protagonist finds a means towards redemption for the constant lapses into anger and his inability to control his instincts.

The film adaptation of Wolverine captures more of the movie Shane than the underlying trauma of the character in the graphic novel. In each instance, there is a bridge between the personalities, yet the ability to age and die changes Logan from the boy they called “Dog” in the storybook into the Wolverine that was the beast and finally back into the human, who could finally die in the film.

James Mangold transforms Logan and saves him from the fate of the character in the graphic novel. By allowing Logan to be mortal and die, Mangold ends the suffering and changes the character into a tragic hero, rather than leaving him as the demigod and monstrous creature in the graphic novel. Through such transformation, the adaptation of Mangold allows Logan to become human and find the sweet, forgiving embrace of death.

The inability to die separates the Wolverine of the graphic novel from humankind. Despite the pain and trauma experienced repeatedly, Wolverine cannot escape the constant repetition of life that leads to a non-ending spiral of endless loss. Wolverine’s continuing existence brings pain, loss, trauma, and suffering as he continues to exist and those around him age and die. As such, the berserker-like reaction cannot be measured against human rationality.

Regardless, Mangold’s reference to Shane encapsulates a different form of melancholy and despair. While Shane leaves for the sunset, Logan leaves his newfound family for the ultimate and final frontier. By allowing Logan to experience death, Mangold has removed the monster and the madness and humanised Logan in a way that finally ends his rage.

Klock, Geoff, and Mitch Montgomery. ‘Evolve or Die: Logan, Repetition and the Excesses of Tradition’. Superheroes and Excess, Routledge, 2021.